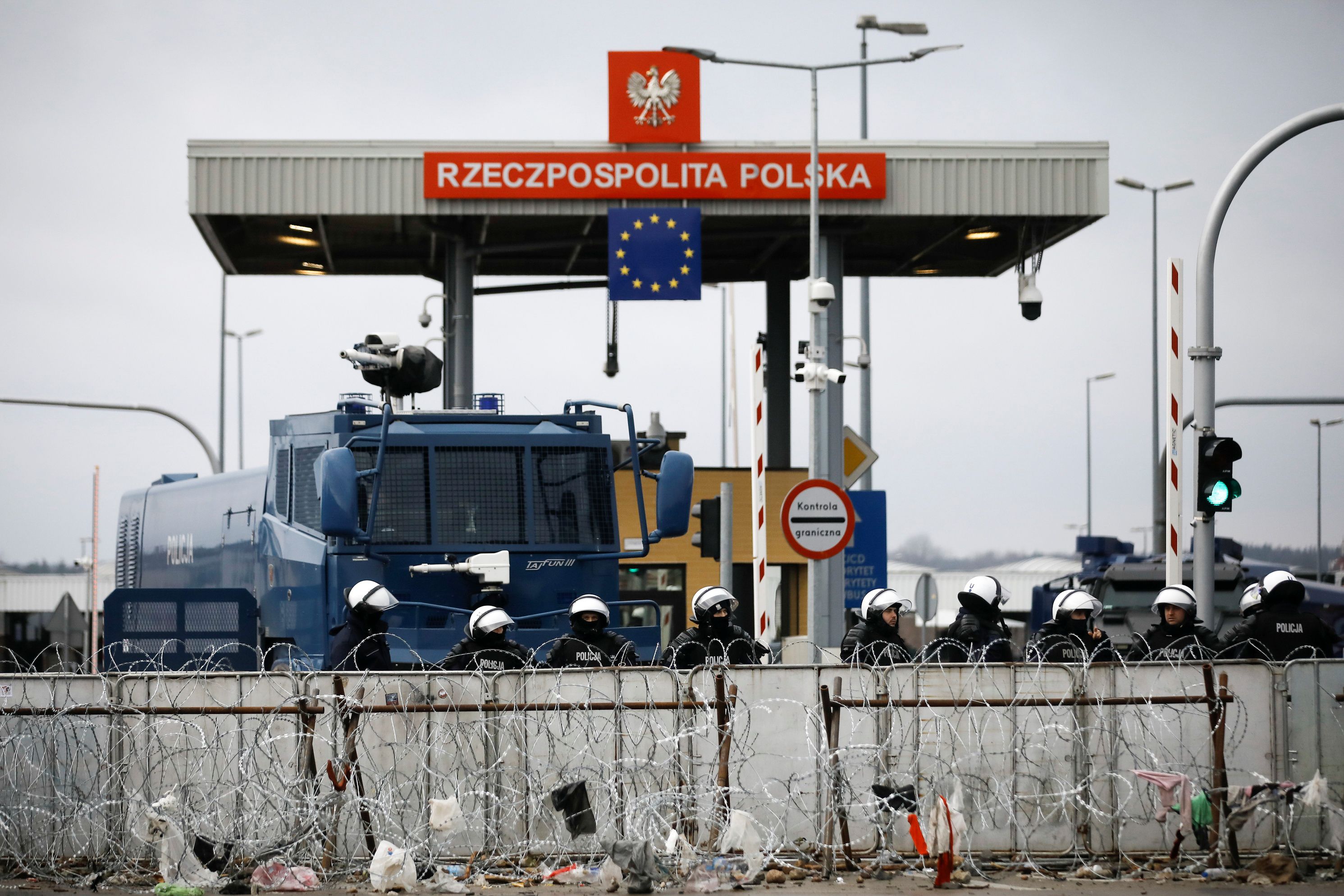 The Polish Border Guard reported on Friday 255 new border crossings attempts from Belarus by immigrants as well as the expulsion of 45 foreign citizens in the last 24 hours.

“Two large groups tried to cross the border by force, one had 500 and the other 50 foreigners. People were aggressive “the Polish body reported on Twitter.

“People in this group threw stones and someone also fired tear gas at Polish officials. At the same time, Belarusian staff used lasers to blind them”Said the spokeswoman for the border guard, Lieutenant Anna michalska.

“Forty-five people were arrested and ordered to leave Poland,” he added.

Four Polish soldiers were injured, but they did not need to be hospitalized, he said.

Since the beginning of the year, the Border Guard registered more than 34,000 attempted illegal crossings on the Polish-Belarusian border, of which more than 6,000 were produced in November, about 17,300 in October, almost 7,700 in September and more than 3,500 in August, according to a count by the Polish agency PAP.

On Thursday, the Polish authorities reported 501 unsuccessful attempts at irregular crossings from Belarusian territory and the expulsion of 31 people, as well as an attempted assault on the border fence.

The Polish Defense Ministry reported that this attempted assault, carried out by “a group of about 100 immigrants” in the Dubicze Cerkiewne area, was successfully repulsed.

From Belarus it was reported in the last two days that A building has been fitted out in its territory where a large part of the immigrants is gradually being led away.

The Polish Border Guard added for its part that it has been detected how “immigrants wandering on the Belarusian side, near the Bruzgi border crossing (in front of Kuznica), leave the camp under the supervision of the Belarusian services and move to an unknown location”.

Crisis on the border continues: the Polish Army detained a hundred migrants who arrived from Belarus