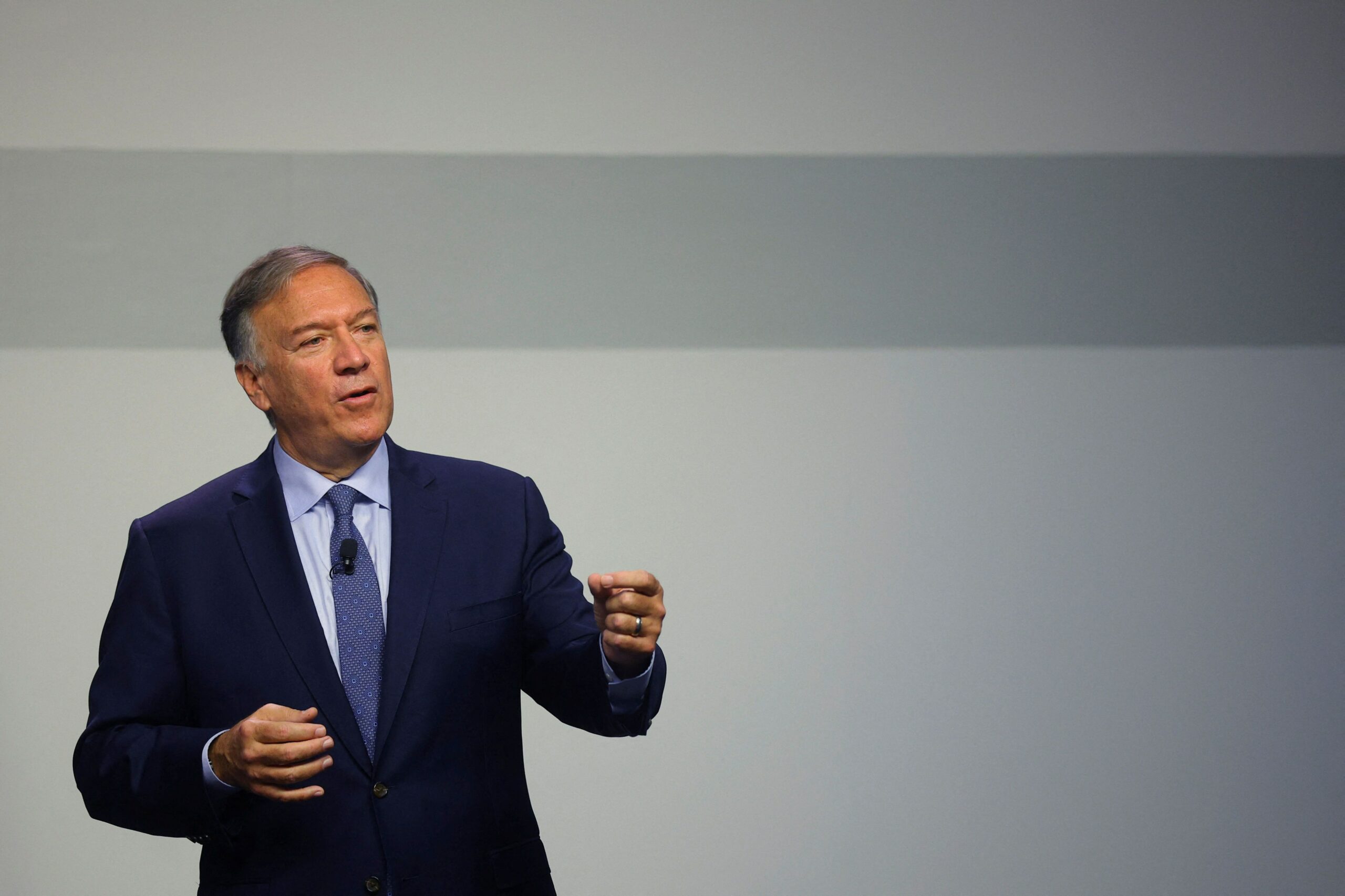 Mike Pompeo, former director of the United States Central Intelligence Agency (CIA) and former Secretary of State, recommended this Thursday on his Twitter account that parents delete the TikTok application from their children’s and grandchildren’s phones. The request comes as the Chinese tech company faces an uncertain year in the US after Democrats and Republicans demanded strict surveillance of the popular video-sharing app.

“If you care about your children and grandchildren, get TikTok off their phones. Just delete it. Trust me, they’ll thank you later,” Pompeo wrote on Twitter.

Owned by Chinese tech giant ByteDance, TikTok has become a headache for American conservatives, who allege that the app downloaded by millions of young Americans can be spoofed for espionage or propaganda purposes by the Chinese Communist Party (CCP).

“TikTok is the equivalent of digital fentanyl,” said the Republican lawmaker Mike Gallagherone of the leading voices in Congress against China, comparing the app to the deadly opioid. 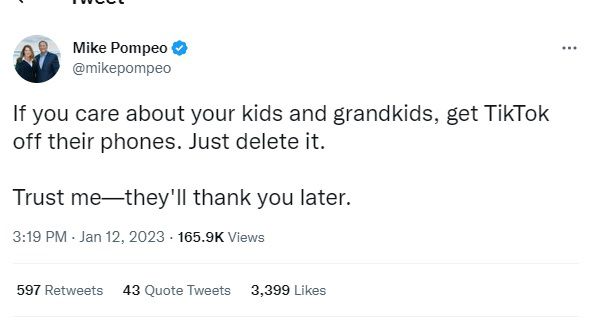 “It is highly addictive and destructive and we are seeing worrying data about the corrosive impact of constant use of social mediaparticularly in young men and women here in the United States,” he told NBC News.

“We have to ask ourselves if we want the Chinese Communist Party to control what is about to become the most powerful media company in America,” Gallagher told nbc.

The new rule is the latest in a series of moves by US governments to ban Beijing-based TikTok.

In total, there are already 19 states that have blocked, at least partially, the application on devices managed by the State for fear that the Chinese regime can use it to track Americans and censor content.

The $1.66 trillion funding bill, approved last week to fund the United States government through September 30, 2023, includes a provision for ban the app on federally managed devices, and will take effect once President Joe Biden signs it into law.

Furthermore, in USA the public schools of Washington filed a lawsuit against Meta, Snapchat, YouTube and TikTok accusing them of “damage” to the mental health of young people. At the same time, the president Biden He urged Democrats and Republicans to “unite against the abuses” of big technology for data processing and addiction that can generate.

The criticism has even spread to other Western countries. The French President, Emmanuel Macronlast month accused the Chinese social network of censor content and foster Internet addiction among young people.

The popular social network has spent months trying to reach a long-term agreement with the US government through the secret Committee on Foreign Investment in the United States (CFIUS).

The reports revealed that TikTok and the Biden administration were about to announce a long-term agreement that would have defined strict safeguards for US user data.

Brooke Oberwetter, A TikTok spokesperson, stated: “The solution that CFIUS is considering is a comprehensive package of measures with layers of governance and independent oversight… far beyond what any other similar company is doing today.”

But this agreement has been stalled amid public criticism of the FBI Director Christopher Wraywho said he still sees TikTok as a threat to national security.

Wray warned last month that the Chinese had the ability to control application algorithmleaving American users vulnerable to a government “that does not share our values, and that has a mission that is sharply at odds with what is in the best interest of the United States.”

TikTok strongly denied that the Chinese government has any such controls.

TikTok: how the mental health of young people is being affected by social networks