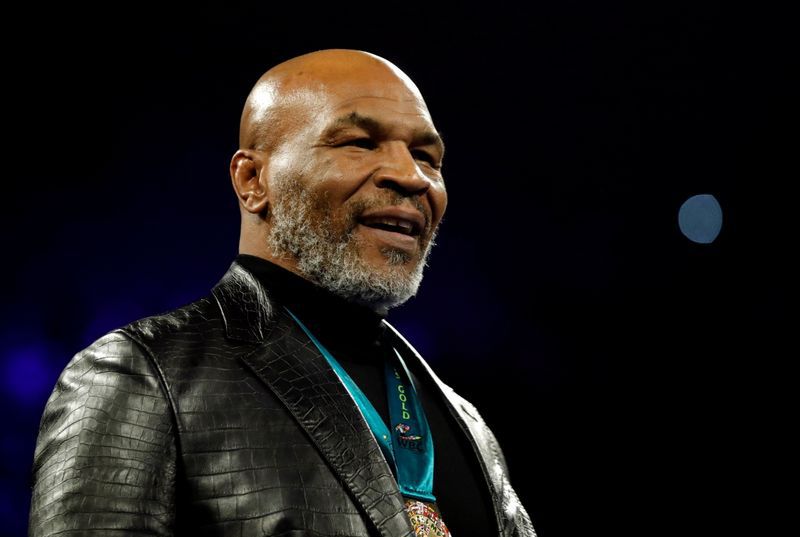 TO Mike tyson Everything has happened to him throughout his life, from experiencing great sporting success to being the protagonist of countless scandals. One of his wildest experiences he had four years ago, in one of the worst moments of his life: started consuming toad poison as a psychedelic drug and assures that he was dead the first time he tasted it.

“I died during my first trip”said the former world boxing champion of 55 years in dialogue with him New York Post within the framework of ‘Wonderland’, a Miami conference dedicated to psychedelics, microdoses and medicine. “In my travels I have seen that death is beautiful. Both life and death have to be beautiful, but death has a bad reputation. The toad has taught me that I will not be here forever. There is an expiration date, “he deepened.

It all started a few years ago when Iron mike he was going through a great personal crisis. I had 45 kilos overweight, drank a lot of alcohol and did drugs. One of his friends suggested that he try toad poison And, according to his testimony, it seemed like a good idea.

“I did it as a challenge. He was using heavy drugs like cocaine, so why not? It is another dimension. Before trying the toad, it was a disaster. The toughest opponent I’ve ever faced was myself. I had low self esteem. People with big egos tend to have low self-esteem. We use our ego to subsidize that. The toad strips the egoHe revealed.

According to the aforementioned medium, when Tyson speaks of these toads refers to the Bufo alvarius, an amphibian of Mexico also known as the desert toad of Sonora. He spends seven months a year living underground, but when he’s active, its poison can be smoked. It is also used in traditional healing rituals but, with the popularity of the LSD and the ayahuascaIt has also become a social drug.

Mike tyson revealed that he resorted to this psychedelic poison more than 50 times, up to three times in the same day. From there, he states that lost the 45 kilos that was extra in just three months, started boxing again and improved his relationship with his wife and children.

“It has made me more creative and helps me focus. I am more present as a businessman and entrepreneur. If you met me in 1989, you knew someone else. My mind is not sophisticated enough to understand what happenedBut life has gotten better The whole purpose of the toad is to reach its full potential. I look at the world in a different way. We are all the same. Everything is love, “said the former heavyweight champion.

Tyson is currently working on two cannabis brands and, according to the NY Post, there is a line that will not include actual psychedelic poison but it is a strain that is inspired by his wild experiences with toad venom. However, it does not rule out the idea of ​​starting to market it when it is legal. “I am fighting for psychedelics to become drugs that can be bought without a prescription”, notice.

They unveiled a statue of Mike Tyson in Las Vegas, but fans repudiated the work by comparing it to one of Cristiano Ronaldo.

Tyson recalled his street fights at age 12: “He fought with the children and then with their parents.”