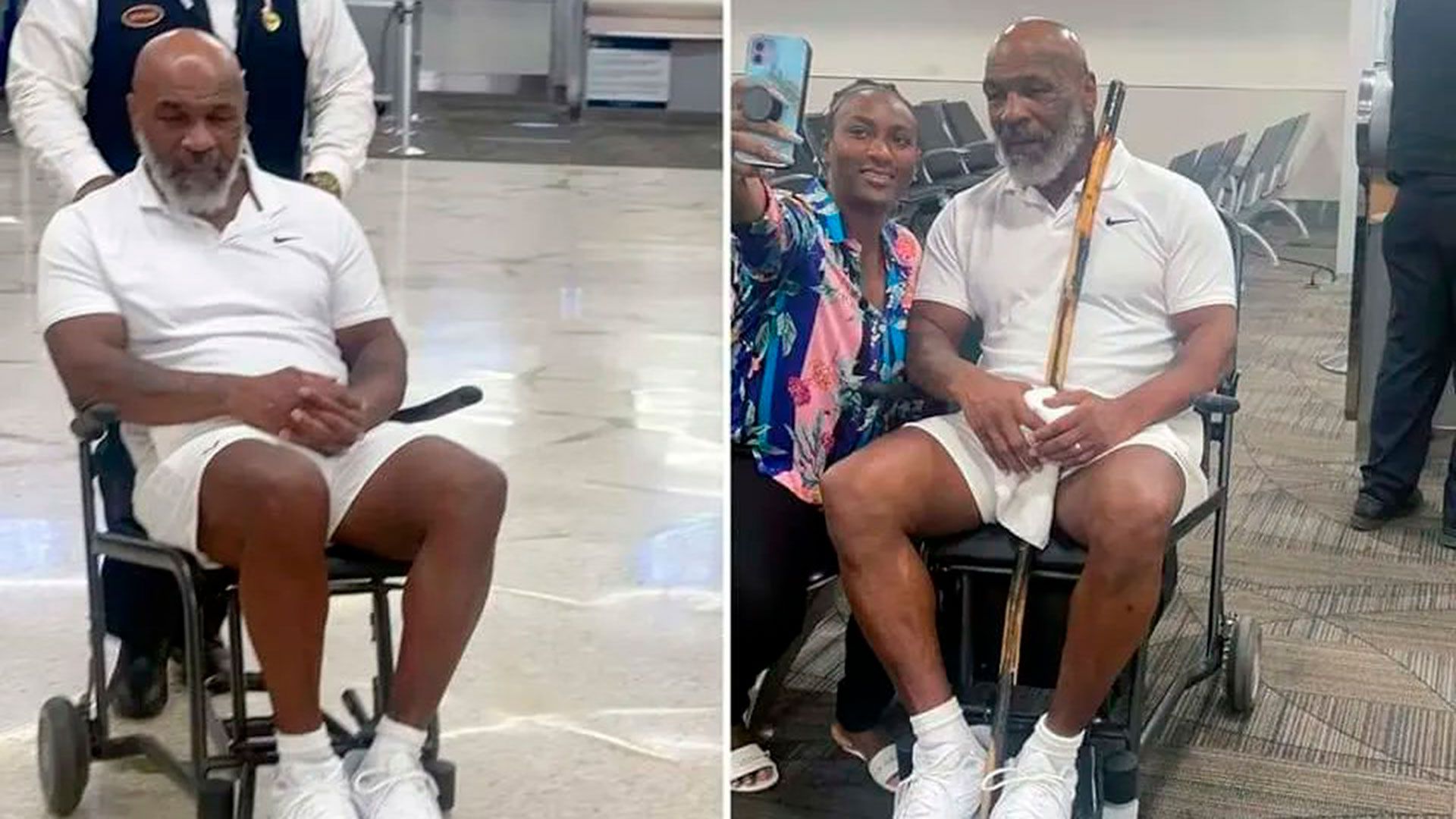 Less than a month ago, a video of Mike Tyson in New York set off alarms in the world over the health status of the former heavyweight champion after a recording went viral in which you could see him walking with difficulty and helped by a cane outside a hotel in the North American city.

Now, some photos of Iron Mike at the Miami International Airport in which, in addition to the cane, appeared sitting in a wheelchair. Always predisposed with fans, the former fighter posed with some of them before taking his flight.

According to US media reports, the legendary boxer suffers from a “sciatica flare” in the lower back area, a problem that two years ago forced him to rest for weeks in which he could not get out of bed.

“He is dealing with a sciatic (nerve) attack. Nothing serious. Just an occupational hazard for an athlete like him,” the media recently reported. TMZ while sharing the images of the video in which the 56-year-old former fighter entered a hotel in New York.

That recording, added to these images, worries fans after Mike Tyson himself recently referred to death with words that traveled the world: “We are all going to die one day, of course.”

“Then when I look in the mirror I see these little dots on my face and I say ‘Wow, that means my due date is coming up pretty soon.’”he stated in his podcast, called Hotboxin’ with Mike Tyson. “It’s too late”was the forceful answer he gave Evander Holyfield when asked by TMZ about a possible rematch with Tyson four days ago, perhaps understanding the struggles his compatriot is going through.

Both boxing figures, who starred in one of the most remembered fights in history (they met twice and the last time, in 1997, Tyson bit off part of his ear), They held negotiations to meet again in 2021 but finally they did not reach an agreement.

Nevertheless, The two former boxers got back into the ring but separately. Iron Mike He played an exhibition fight against Roy Jones Junior in November 2020 in which the result ended in a draw after eight rounds.

For his part, Holyfiled faced Vitor Belfort in September 2021 at the Seminole Hard Rock Hotel & Casino Hollywood in Miami. There, the former Brazilian fighter won the fight by technical knockout in the first round.

Mike Tyson’s surprising confessions: how he came to the conclusion that he is going to die “very soon” and why “money means nothing”