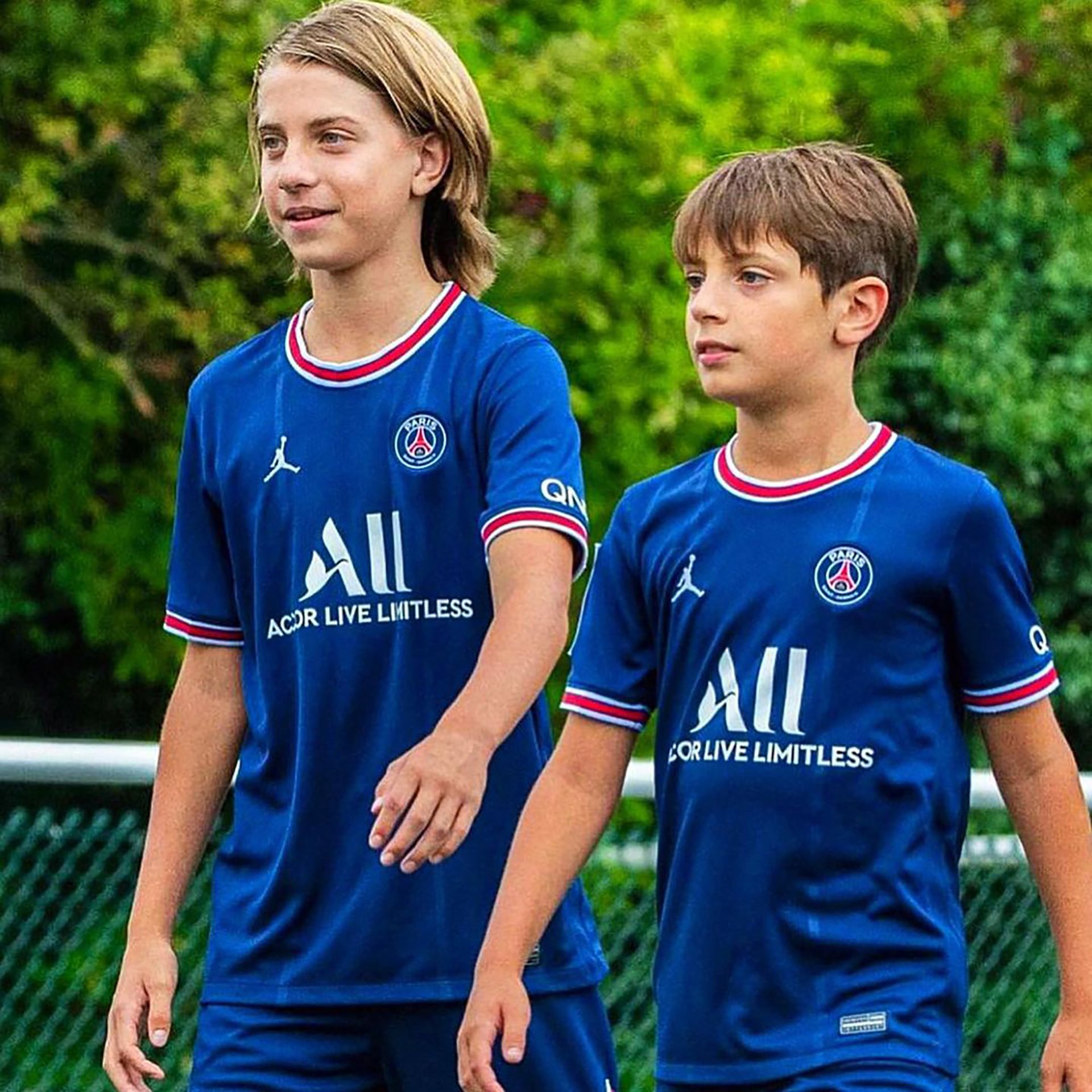 The relationship between Maximiliano Lopez and his three children Valentino (12 years), Constantine (10) and Benedict (9) is very positive. For now, the one who has been looking more and more like his father is the oldest of all because of the blond hair he wears and the talent as a scorer that stands out above the rest. The former footballer shared a video on Thursday in which they see a small compilation of goals and accompanied it with an encouraging message along with an emoji of a fire and a soccer ball: “Mini Valu scorer”.

In it you can see four definitions hand in hand with the goalkeeper that ended at the bottom of the net and the striking detail is that in one of them it stands out that Valentino has the shirt of the Paris Saint-Germain. Not long ago Maxi had appeared in the Camp des Loges, a venue where the youths of the Parisian club train, to accompany their children in one of the training sessions when the case between Wanda Nada and Mauro Icardi broke out, which had a worldwide impact.

His three sons are football lovers and, apart from the soccer jerseys PSG, In the photos that Maxi disseminates, they appear with some of the shirts he wore in his 20 years as a footballer, including those of Milan, with the traditional black and red model, the white alternative or even the goalkeeper diver. They also tend to show themselves on social media, sharing different matches and learning from the scoring nose that characterized their father throughout his professional career.

As for his relationship with Wanda Nara, they were married for just over five years, between May 2008 and November 2013, when they separated. Then it became known that the businesswoman was in a relationship with Mauro Icardi, who was a friend of Maxi López. The current PSG striker married Nara in mid-2014 and she is currently his manager.

During the last crisis of the couple, they would have approached in the form of a peace offering since the former footballer had to stay with the couple’s children during the chaos that lasted several days: he took a plane from London (England), where he lives, to Paris to make himself available to the model. With a rented apartment in the capital of France for any emergency, Maxi accompanies the football growth of his three heirs.

The unpublished images of Cristiano Ronaldo’s fury against his teammates at Juventus: “You have to have personality!”

“Julián Álvarez, the scorer that Barça needs”: the request by the River Plate striker in Europe

The safety of Cristiano Ronaldo: the unique story of the bodyguard brothers who take care of him