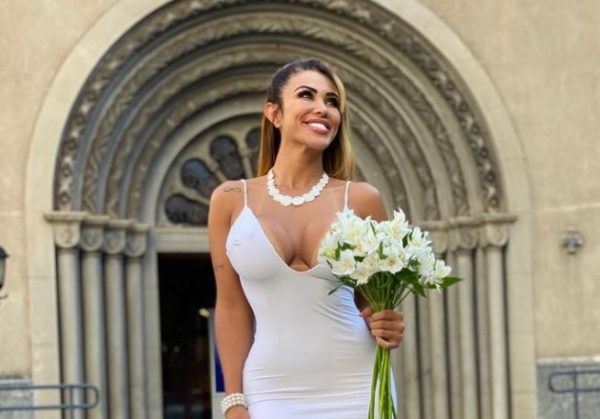 Although it may seem like a joke, the woman a few months ago shared that she was very happy to marry herself. Now he announced that he will divorce, because he found a good reason

They well say that self-love is the most important thing in the world. Without it there would be no love for other people. In this sense, the model Cristiane Galera -from Brazil– took this premise to the letter, because in September she married herself, promoting “sologamia”.

However, the pleasure did not last long, as he recently announced that he had already filed for divorce. Although it may seem like a joke, the woman a few months ago shared that she was very happy to marry herself. She even shared several images of her happy wedding with herself and touting self-love.

90 days after her marriage, Cristiane announced that she is ready to end her engagement, as she met someone very special. She explained that now a person makes her believe in the love of a couple and admits that she has matured in this regard.

“I started to believe in love the moment I met someone special. I was always afraid of being alone, but realized that I needed to learn to feel good about myself. When that happened, I decided to celebrate it, “he said. His case has given much to talk about. Several portals of international stature have followed her case, because at first it seemed surprising that she wanted to marry herself and now again she surprises when she announces her divorce.

The time she got married, Cristiane Galera explained that her wedding was an act of spite. She assured that she was single and that she wanted to be that way, because some men could not stop committing infidelities. Did you get a good partner this time? You will not regret?