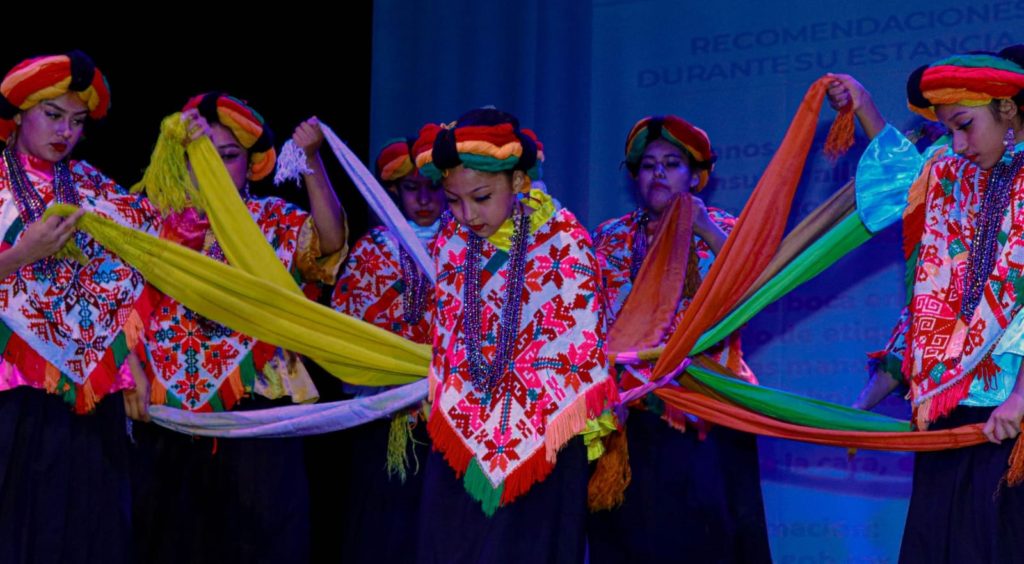 Music and folklore night with the Xochitini dance group

As part of the actions promoted by the Governor of the State Ricardo Gallardo Cardona in matters of culture, this Friday, November 19 at 7:00 p.m., a night of Music and Folklore will be held on the esplanade of the Federico Silva Contemporary Sculpture Museum. with the dance group Xochitini and the child Ángel Jiménez who will perform Mexican songs.

The Xochitini group is an independent group that is made up of girls, boys and young people between 6 and 20 years of age, who show great interest in Mexican folk dance and their participation has gone beyond San Luis Potosí in various meetings and festivals of folk groups. They are directed by Professor Sergio Eduardo Moctezuma who over 20 years has managed to transmit the taste and interest in the traditions and customs of Mexico.

Singer Ángel Jiménez Mejía is just 13 years old and from a very young age he showed his talent and taste for music. He was part of the Voces Talento Children’s Polyphonic Choir, a group that participated in the musical play Carmen. He is currently a soloist and performs Regional Mexican Music.

Both the Xochitini dance group and Ángel Jiménez will be the ones who this Friday accompany the museum this afternoon of various Mexican expressions for all and all Potosinas. Therefore, an attentive invitation is made to the public to enjoy this event full of music and color on the esplanade of the museum.