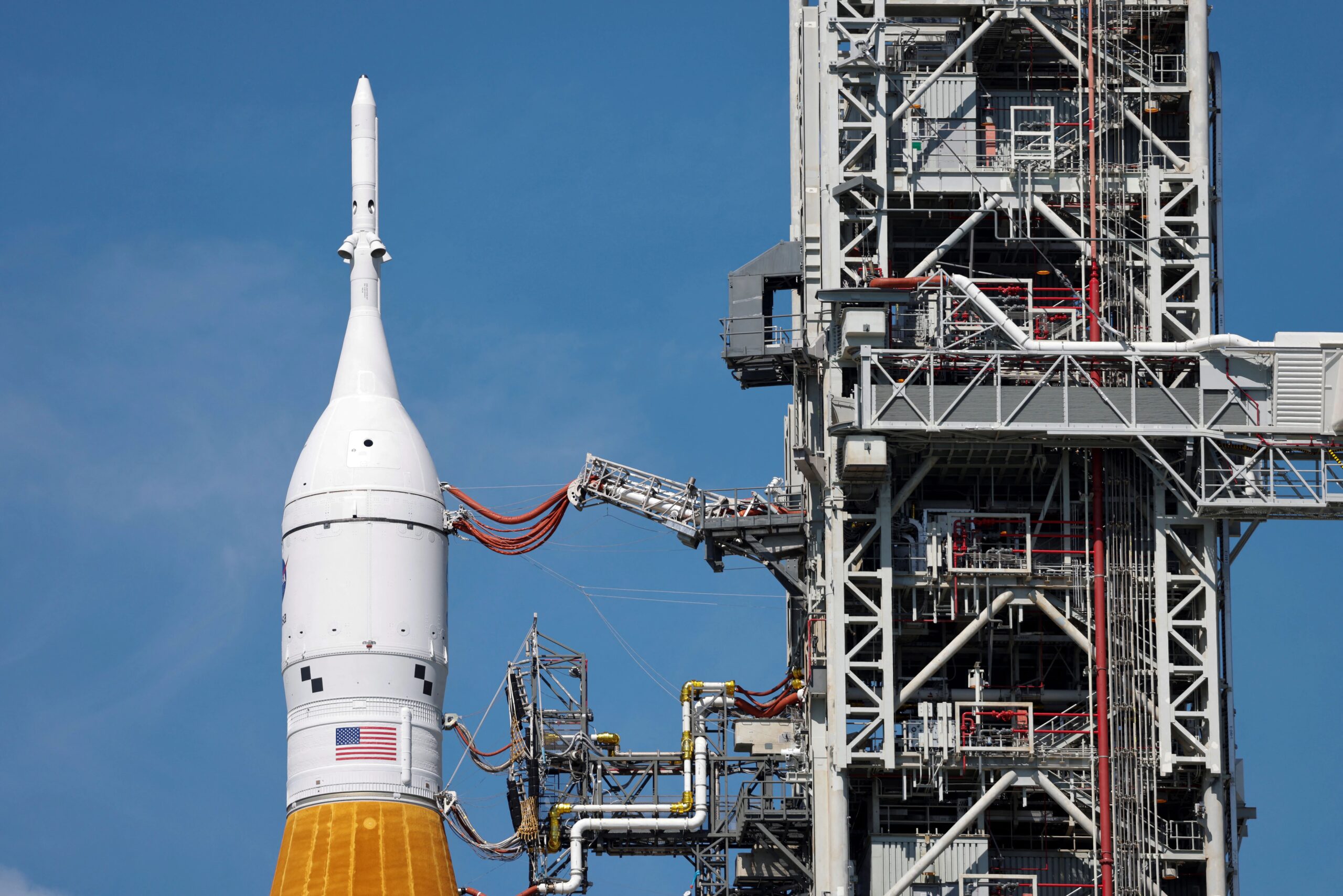 The POT concluded this Wednesday Kennedy Space Centerin Florida, a series of tests in the SLS rocket unmanned mission Artemis I having met all the objectives set and despite the discovery of a leak of liquid hydrogen.

“All the objectives that we set ourselves we were able to achieve. I’m very excited about today’s test,” said Artemis I Launch Manager, Charlie Blackwell-Thompsonat the end of the callcryogenic demonstration test”.

Shortly after 10 a.m. local time, that is to say three hours after the tests began, the launch controllers stopped the loading of liquid hydrogen in the central stage of the rocket for a few minutes after discovering a leak of that gas.

The filtration in a 20 cm plate in the same part where last September 3 another liquid hydrogen leak found that caused the suspension of the takeoff of the mission, occurred when the process changed from a slow fuel filling to a fast one.

The directive pointed to the channel NASA TV that the team was able to solve the problem by means of contingency mechanisms, which proved to be effective in hypothetical similar cases in the future, and the hydrogen filling process could continue.

Looking ahead to the tentative date of the next September 27 for takeoff from Cape Canaveral (Florida, USA) of this mission that will make an unmanned trip to the Moon, Blackwell-Thompson He said that it is necessary to wait for the analysis of the tests to know if changes are required in the hydrogen loading procedures.

During the cryogenic demonstration test, the loading of liquid oxygen in the intermediate part of the rocket was carried out without problems.

Among the objectives of this Wednesday’s tests was to check the repairs made to the liquid hydrogen feed line, where new seals were placed.

Launch controllers began the slow loading of supercold liquid hydrogen and oxygen into the main and intermediate stages of the rocket.

Supercold liquid hydrogen allows the temperature of the four RS-25 engines to be lowered to the appropriate level for takeoff that are in the lower part of the 98-meter-high rocket, the most powerful built to date and on whose upper part the Orion capsule rests.

If the next release date is maintained on the 27th of this month, the 70 minute launch window will open at 11:37 local time. To take off that day, the orion shipwhich the rocket will propel to the Moon, will return to Earth on November 5.

NASA manages as a second launch date on October 2 and in that case the Orion spacecraft would return on November 11, with a 109-minute launch window that would open at 2:52 p.m. local time.

The first launch attempt of the Artemis I took place on August 29, but was canceled due to a failure in one of the 4 RS-25 motors of the powerful SLS rocket, which is 98 meters high. That was followed by a second attempt on September 3, suspended due to a liquid hydrogen leak.

The objective ofhe first Artemis mission is to test the capabilities of the SLS and the Orion spacecraft before a manned trip planned in principle for 2024, which will be followed by a third in which for the first time since 1972 American astronauts, including a woman and a person of color, will step on the lunar surface.

This is how NASA prepares to return to the Moon: “This time we are going to stay”