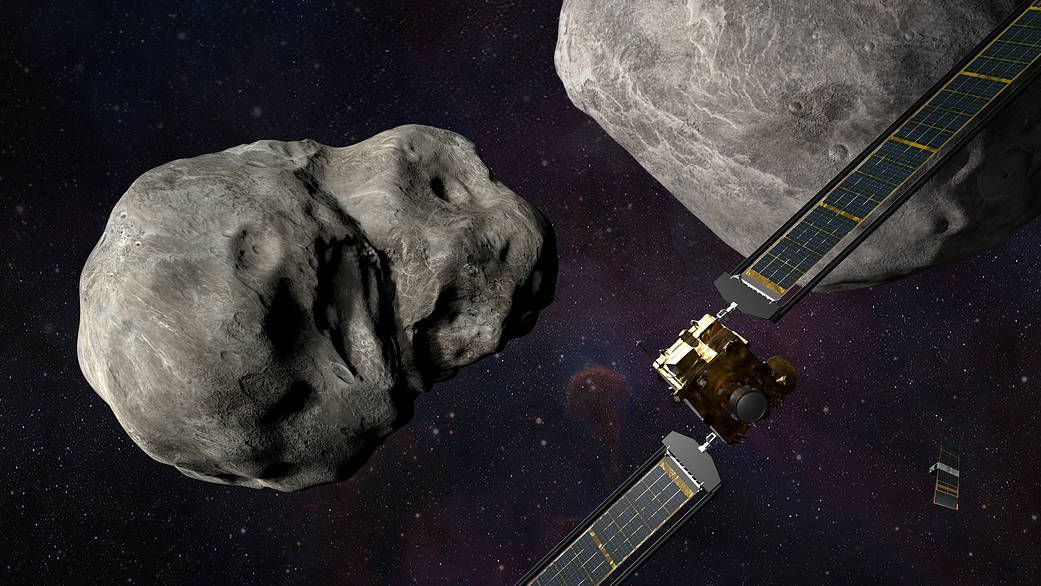 On Monday, September 26, the United States Space Agency (POT) you will be able to learn about the results of the Double Asteroid Redirection Test mission (dart for its acronym in English) in which it will try to demonstrate the defensive capabilities of the planet In the event that a asteroid on a collision course with Earth.

Also, for people to be able to see what will happen, the impact between the DART craft and the asteroid Dimorphoswhich is 11 million kilometers from Earth and orbits around another larger one, called Didymos.

So that all of humanity can witness the feat that the test mission is intended to accomplish, NASA will broadcast the event live. To enter the broadcast, users will need to:

– Access the web of live transmissions of the POT nasa.gov/nasalive

– Click on the link and then press the play button in the event broadcast window.

In addition, NASA has prepared special broadcasts for its official accounts on YouTube, Facebook and Twitter. To enter them, you only have to enter the word “NASA” in the search engines of each social network or write the urls of each and add “/NASA” to the end of the address.

The transmission will start at 5:00 in Mexico, Colombia, Peru; 7:00 a.m. in Chile, Argentina and Brazil.

According to the official NASA site, in which it explains in detail what the mission procedure will be, neither of the two asteroids involved in the test are potentially dangerous for the planet. The DART spacecraft, which weighs nearly 600 kilos and travel to more than 6 kilometers per secondimpact Dimorphos and deflect it from its orbit, which will not result in a change of course of the celestial body towards Earth either.

In order to study the damage caused by the impact, the dart ship will be destroyed performing its maneuver, the Italian Space Agency sent a second spacecraft, called LICIACube with which it is hoped to capture the consequences of the experiment on the asteroid and its orbit.

“We are working so that LICIACube approaches between 40 and 80 kilometers of Dimorphos two or three minutes after the DART impact. Close enough to get good impact imagesbut not so close that it can be hit by the ejecta,” said Dan Lubey, NASA Propulsion Laboratory’s LICIACube navigation lead.

Since the beginning of September, the DART mission ship managed to locate the asteroid that will represent its final destination. Since then and during the following days, as indicated by NASA in a publication on its website, the navigation team on Earth is carrying out course correction maneuvers to reduce the spacecraft’s margin of error when it hits the asteroid.

Approximately 24 hours before impact, on September 25, the spacecraft will locate the asteroid with a margin of only 2 kilometers, which increases the chances of impacting and completing its mission, although the consequences and data that can be extracted from the test will be important for the defense of humanity in the future, although NASA indicates that at the moment no asteroids potentially dangerous to Earth have been identified.

NASA: how to simulate trips to other planets in the solar system

The photos of the Apollo missions, as never seen before: this is how they were after being remastered

Cybercriminals use image from James Webb telescope to infect devices