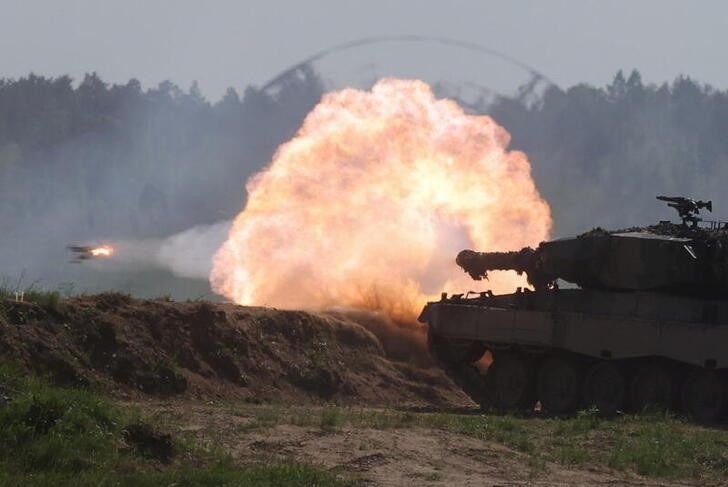 The general secretary of the North Atlantic Treaty Organization (NATO), Jens Stoltenbergapplauded this Wednesday the decision of Germany to authorize the transfer of tanks leopard Ukrainian forces, claiming they can “help Ukraine win.”

“At a critical moment in the russian war“tanks” can help Ukraine to defend, win and prevail as independent nation”, Stoltenberg pointed out in a message on Twitter.

The German government was under heavy pressure to allow countries of the European Union (EU) who own Leopard tanksmanufactured in Germanyto cede those armored cars to the Ukrainian forces.

Finally, in response to a formal request submitted by PolandGermany finally authorized the shipment of those tanks.

berlin will provide a company of 14 Leopard 2 A6 tanks from the Bundeswehr reserves and it is also giving its approval for other European countries to send tanks from their own reserves to Ukraine. The 2A6 model is more recent and perfected than the 2A4 that Poland and Finland want to deliver.

Despite German authorization, the head of the German government, Olaf Schölzinsisted that it is necessary to prevent the conflict between Ukraine and Russia “escalated to a war between Russia and NATO”.

“In everything we do, we must always make it clear that we are doing what is necessary and possible to support Ukraine. At the same time, we must prevent the conflict from escalating into a war between Russia and NATO,” Scholz said in a speech to the lower house of the German Parliament.

The words of the chancellor, who spoke after announcing that Berlin accepted the shipment of German-made heavy tanks to Ukraine, were particularly prudent.

Olaf Scholz repeatedly recalled the need for prudence and gradation in military support for Ukraine.

“It is fair and intentional that we move forward little by little and we will continue to apply that principle in the future,” added the chancellor. “It is the only principle that guarantees the safety of Europe and Germany in such a dangerous case,” he added.

In recent days, pressure had increased on Scholz to authorize the supply of the leopardboth in Germany on behalf of the Greens and Liberals, partners in the government coalition, and the conservative opposition, and internationally on the part of Ukraine’s Western allies.

Before the Bundestag, the German leader specified that, in order to avoid an escalation of the conflict, there was no need to intervene by air and by land in Ukraine, a position shared by the United States.

For its part, the Russian government assured that the tanks delivered to Ukraine “will burn”, and that Western countries “overestimate the potential” of these armored equipment.

This week, the spokesman for the kremlin, Dmitry Peskovsaid the supply of German tanks to Ukraine would leave an “indelible mark” on the future of the relationship between Berlin and Moscow.

The long-awaited German decision, after weeks of hesitation that grew impatience among Germany’s allies, came after US officials said a preliminary agreement had been reached for Washington to send M1 Abrams main battle tanks to help kyiv push back entrenched Russian forces in the east nearly a year since the start of the war.

Scholz had insisted that any initiative to provide Ukraine with powerful Leopard 2 tanks should be closely coordinated with Germany’s allies, primarily the United States. By getting Washington to commit some of its own tanks, Berlin hopes to reduce the risk of any reaction from Russia.

Meanwhile, the Russian ambassador to the United States, Anatoly Antonovthreatened to destroy the M1 Abrams tanksas well as other military equipment from the countries of the NATOif they decide to send them to the Ukraine to defend themselves against the Kremlin forces.

“There is no doubt that if the decision is made to transfer M1 Abrams to kyiv, our military will destroy American tanks in the same way as all other samples of NATO equipment are destroyed”, Antonov threatened, assuring that Washington is “deliberately” trying to inflict a strategic defeat to Russia.

“An analysis of the entire sequence of actions by Washington shows that the americans are constantly raising military assistance to their puppets”, he expressed, detailing that during the course of the war in Ukraine information has been leaked to the media major arms and equipment deliveries to kyiv.

Antonov accused the United States of giving “the green light to the use of US aid to attack crimea”, allegedly covering up crimes against the population of the regions of the Donbas, Zaporizhzhia Y Kherson.