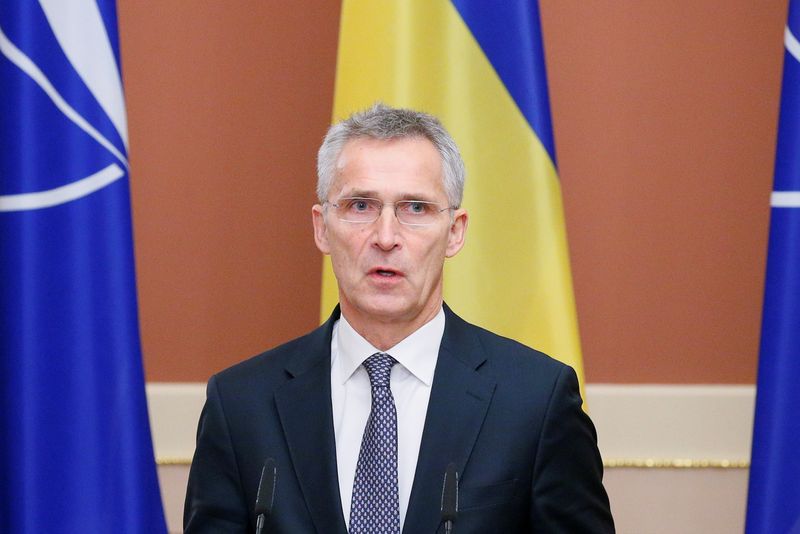 NATO Secretary General Jens Stoltenberg showed solidarity with Poland on Thursday in the face of migratory pressure driven by Belarus on its border and stated that the Alliance is ready to provide further support. In addition, he asked Russia “Make it transparent, reduce tensions and de-escalate.”

“Strong solidarity with Poland and other allies involved”, Said Stoltenberg at a press conference with Polish President Andrej Duda, after the two met at the Alliance headquarters.

The meeting focused on the situation on Poland’s border with Belarus, where Alexandr Lukashenko’s regime has “pushed” migrants to cross irregularly, and on Ukraine’s border with Russia, where NATO has seen an “unusual concentration of troops combined with aggressive rhetoric and disinformation from Moscow”Stoltenberg stressed.

In the face of threats, Duda proposed to Stoltenberg “to increase the disposition of NATO forces in this part of Europe, on the eastern flank, to consider increasing the military presence” and “reinforce the air patrol” in that area.

Duda assured that the intensity of the “hybrid attack“Launched by Belarus instrumentalizing migrants is now”more dangerous“, Since people trying to cross the border now arrive in”small groups”At night and armed.

“They have dangerous instruments such as knives, metal bars, or tear gas”Stressed Duda, who denounced that the migrants have been“ militarized ”by the Belarusian forces.

“Otherwise, how could migrants equip themselves with gas?“He wondered about an attack that he considered”hybrid”But“ of a civil nature ”.

In any case, by not appreciating a “military” attack on the border, He ruled out the possibility of invoking Article 4 of the North Atlantic Treaty, which provides for consultations between the allies in the face of a threat, although he said that “we continue to keep it in mind, we know that there is that possibility.”.

“But there is no basis now to invoke it,” he added.

Stoltenberg recalled that they have already provided expert support to another ally affected by Belarusian pressure on the border, such as Lithuania, and that they continue “In close contact with Poland and other allies.”

“We are willing to deploy support if requested, but at the moment this is something that Poland has been able to deal with without a direct NATO presence., and also other allies have provided support bilaterally“Said the Norwegian politician.

Stoltenberg recalled that “all NATO allies have made it clear that strongly condemn the exploitation of vulnerable people by the Lukashenko regime to put pressure on neighboring countries, “adding that this is” inhuman and cynical. “

What’s more, the allied secretary general stated that Moscow should use its influence over Belarus to end the situation on the border and said that “his support for the Lukashenko regime is part of a broader pattern of concern.”

On the situation on the Ukrainian border, Stoltenberg also asked Russia “Make it transparent, reduce tensions and reduce escalation.”

“NATO remains vigilant and we continue to provide Ukraine with political and practical support. This is not a threat to Russia, it does help Ukraine to defend itself against aggression.”, He specified.

For his part, Duda pointed out that they are addressing this issue. “In a very serious way; we follow the events closely ”.

Following Russia’s annexation of the Ukrainian peninsula of Crimea and the port city of Sevastopol in 2014, NATO approved the largest reinforcement of its eastern end since the Cold War, which included the deployment of four multinational battalions in the Baltic countries and Poland, a presence that Stoltenberg considered to have strong deterrent power..

“We need to be firm, deterrence and defending, but at the same time we believe in dialogue with Russia, to speak to reduce stress, keep communication channels open ”, he pointed out.

The Foreign Ministers of the Alliance will address the next November 30 and December 1 in a meeting in Riga, in which their Ukrainian and Georgian counterparts are also invited, various security-related issues in addition to the crisis on the border with Belarus and the Russian military reinforcement in that of Ukraine.

Crisis on the EU border: the US accused Belarus of “exploiting vulnerable people who only seek a better life”