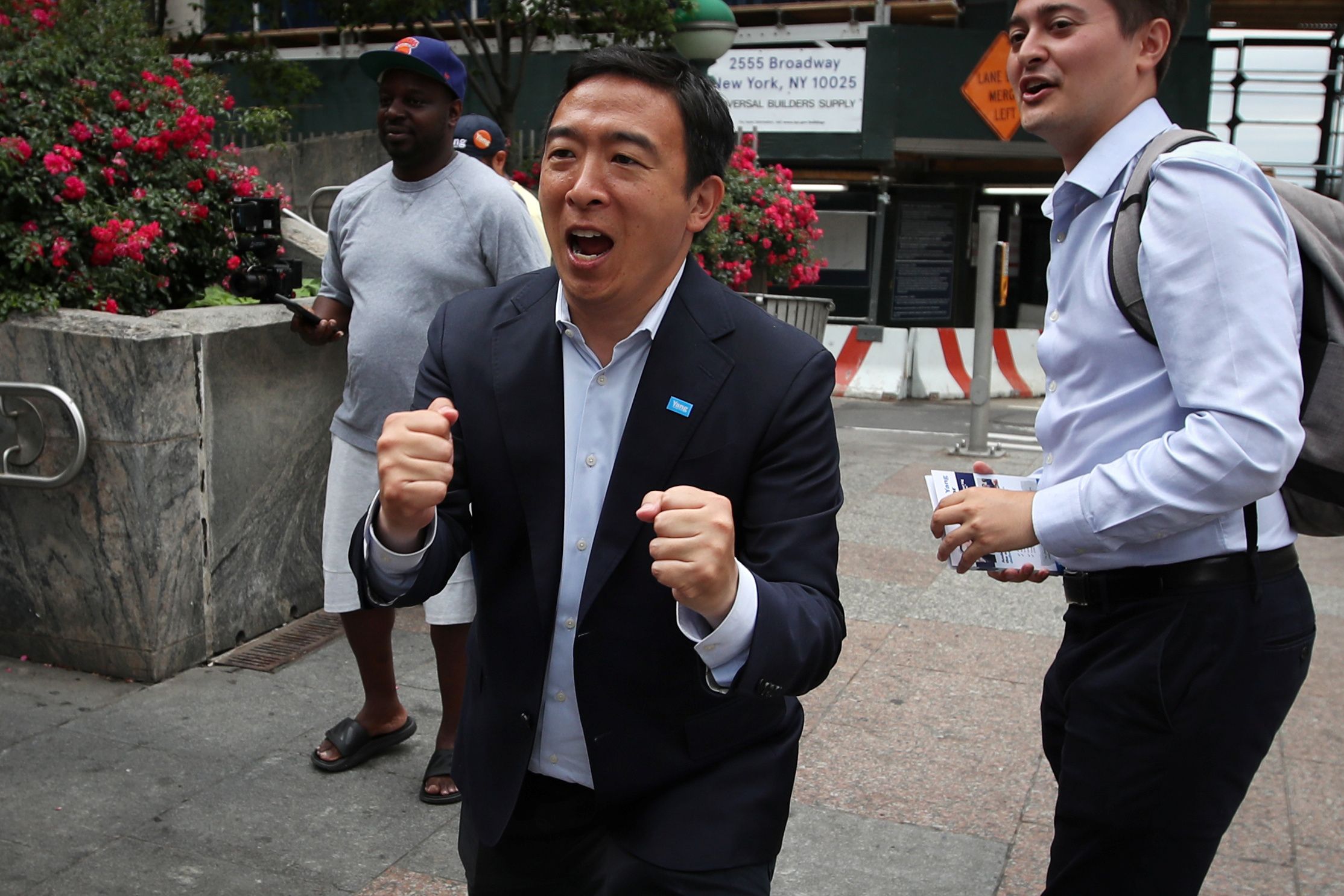 They say they come to finish with the “dysfunctional two-party system” from the United States. And that they want to end the crack that separates society. For that they launched “Forward”, a third centrist party that has already been joined by dozens of former Democratic and Republican officials. It is led by former Democratic presidential candidate Andrew Yang and former Republican Governor of New Jersey Christine Todd Whitman. But while the political novelty seems to excite many voters, the track record of candidates and parties independent of the traditional American structure They have a long history of failure.

Something seems to have changed in recent years that give hope to the new project. In a survey just released, the Pew Research Center found that the percentage of voters with an unfavorable opinion of both political parties increased from 6% in 1994 to 27% today. When asked for their opinion of the statement “there is at least one candidate who shares the majority of my views,” 43% disagree, up from 36% in 2018. 38% strongly agree that “I wish there were more political parties to choose from in this country”a figure that includes 48% of independents and 38% of Democrats, but only 21% of Republicans.

This last fact is relevant. Democrats and independents are much more dissatisfied with the current party system than Republicans., and young adults are much less satisfied than older Americans. In fact, discontent decreases markedly with age. The survey also shows that Hispanics are less tied to the traditional party system than whites or African Americans. The detail is that in this context, the new party would capture its largest number of votes among the Democrats, something that would end up favoring whoever is the Republican candidate.

The new party is formed from the merger of three groups that have emerged in recent years as a reaction to the American political system, increasingly polarized and blocked. Are the Renew America Movement, made up in 2021 of dozens of former officials from the Republican administrations of Ronald Reagan, George HW Bush, George W. Bush, and Donald Trump; the Forward Party, founded by Yang, who left the Democratic Party in 2021 and became an independent; and the Serve America Movement, a group of Democrats, Republicans and independents whose executive director is former Republican congressman David Jolly. They say that their political position within the old logic of left and right is that they represent the center. “How will we solve the big problems facing the United States? Not with the left. Not on the right. Forward”, says the presentation video that is posted on YouTube.

Yang is an entrepreneur of several technology companies who resigned in October 2021 from the Democratic Party with a harsh letter that he spread on social networks and wrote a book in which he already announced his intention to create a new party to bridge the gap between Democrats and Republicans. During his 2020 campaign, one of his main proposals was to launch a Universal Basic Income of $1,000.

Forward will be officially presented in Houston, Texas on September 24 and they will have a convention like those of the “old” parties when they have to nominate the presidential candidate. They ensure that the party will be registered in 30 states by the end of 2023 and in all 50 states by the end of 2024, in time for the presidential election in November that year. They also say their goal is to field candidates at all levels, from school and city boards to the US Congress and the White House. And according to Andrew Yang, they already have a fund of 5 million dollars to start the campaign. A meager figure if you take into account that Donald Trump’s Republicans already have more than 200 million.

Historically, third parties have not thrived in the American two-party system. They have been around for a long time and options such as those of the Libertarian Party or the Green Party are presented to almost all elections, without much repercussion. Dozens of independent candidates also ran. The Chicken Breeding Tycoon, Ross Perot was probably the most prominent when he ran for office in 1992, four years later he founded the Reform Party and persisted in his frustrated attempt. The consumer advocate and progressive of the 1960s, Ralph Nader, had influence with his Green Party when he diverted enough votes from Democratic presidential candidate Al Gore in 2000 to help Republican George W. Bush win the White House.

“Yes, it is true that there is a history of failures among the attempts to end the obsolete bipartisanship, but this time the American society is prepared. A third party is now a need for many, for the majority, I would say”, explained in an interview with CNN the main adviser of the new party Forward, Lucy Caldwell. “The current system is riddled with dysfunctions, as the two main parties are increasingly susceptible to extremist views that don’t resonate with most Americans.”

To make this claim, Caldwell relied on a Gallup poll showing that in 2003, 56% of voters believed that the two existing parties were doing an adequate job to represent the American people. In 2021, this figure had dropped to 33%while the percentage who thought a third party was necessary to achieve adequate representation had increased from 40% to 62%.

Another recent USA Today/Suffolk poll adds an interesting tidbit to Gallup’s conclusion. When respondents were asked if the two existing parties adequately represented the views of Americans, only 25% said that two matches were enough, and 26% said that a third match was necessary. While 34% believe that “several” new parties are needed to represent the complexity of society in this second decade of the 21st century.

William Galston of the Brookings Institute, a former deputy secretary in the Clinton administration and author of nine books on the American electoral system, sees it this way: “Political science research shows that this third group is right. If the United States had a parliamentary system, we would have five different blocs of voters.: a progressive party of Bernie Sanders and Alexandria Ocasio-Cortez, a center-left party of Biden, a centrist/business-oriented party of Bloomberg, a traditional-conservative party of Pence, and a conservative populist party of Trump. Voters who prioritize climate change could organize a “green” sixth party, as they have done in Germany and other countries”.

“It is clear that discontent with our party system is at its highest point in decades, and that much of the discontent is in the core of the electorateGalston wrote. “Furthermore, unless public sentiment changes significantly, a 2024 rematch between Joe Biden and Donald Trump would feature two of the least popular presidential candidates in modern historyeven within their own parties. Again the numbers give the reason. 43% of Democrats say Biden should not run for a second term, and 38% of Republicans say the same for Trump. If 2024 were a repeat of 2020, 58% of voters say they would “consider” a “moderate independent” presidential candidate.

But the experienced Professor Galston warns that the phenomenon of Ralph Nader occurs again in the 2000 election and ends up giving the presidency again to Trump and his Republican extremists. “Democrats are much less satisfied with their party than Republicans and more willing to consider alternatives to it. An independent or centrist third-party presidential candidate would likely inspire Democrats more. And because presidential elections have been so close in recent decades, the lopsided effects of an independent or third-party candidacy could prove decisive in returning Trump to the Oval Office, unless said candidacy made history by triumphing over the two existing parties. But despite the current high level of discontent with these parties, the odds of this outcome remaining dim and the consequences of failure could be catastrophic”.

The controversy is raised and Twitter burns with calls from the Democrats for Andrew Yang to return to the party and from the Republicans for the moderate former governor Christine Todd Whitman to dare to confront the radicalized Trumpists. For now, they say they won’t stop until they see their names on the Forward ballot in 2024.

The US House of Representatives approved the great fiscal, climate and health package of Joe Biden