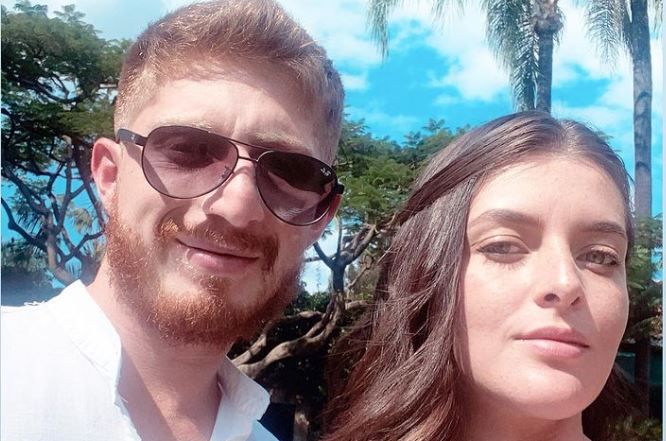 After several weeks of the death of Octavio Ocana, the actor known for his role as Benito Rivers in Neighbors, the actor’s family closely follows the investigation to clarify the details of his death and several tributes have been paid to him, one of them was the unveiling of your star on the Paseo de las Luminarias

For his part, his fiancee Nerea Godinez he went this day to the place where Octavio Ocaña passed away on October 29, the actor of Neighbors died after a persecution with the police of the Cuautitlán Izcalli municipality in the State of Mexico.

In one of her Instagram stories, the young woman published a story where she was captured at the scene of the incident, however deleted the post a few hours later, so the screenshot was rescued by other means and accounts in this same social network.

The girlfriend of Ocaña had already clarified that he would be visiting the scene of the incident to put new flowersOn Wednesday, November 17, the young woman wrote “Visiting Benito. They caught us putting their cross with one of our favorite songs ”.

In his photograph you could also see the place where the actor’s truck crashed, it should be clarified that that area of ​​the road became a space to pay tributes to the actor, as Nerea I had already placed flowers and later a friend of Octavio nailed a cross.

Similarly, Nerea took advantage of another of her stories to launch a message without a specific recipient, in the text on a white background, the young woman expressed that the public image of a person should not be affected by actions of third parties, adding importance to the people who really know that person.

In this image, the young woman could have made a reference to both the various leaked videos of her fiancé with which it is sought to show that he was “violent” or “addicted” as to the hundreds of criticisms she receives, because many people assure that they are hanging on the fame of Octavio.

“People can destroy your image and stain your personality, but they can never take away your good deeds. No matter how you are described, you will still be admired by those who really know you. And when you know who you are, you don’t have to prove anything to anyone ”, you can read in one of his publications.

It is important to remember that Nerea has even been judged for not showing her pain in public, whoever was the actor’s partner has said that he cries in private, meanwhile he has to be strong to continue with his life and in the care of her young son, who called the late artist “Papa Tavo.”

He further revealed that it has been difficult to deal with haters from social networks, for which the possibility of closing your Instagram account has been raised; However, the rest of their temporary stories were focused on publishing videos with Octavio remembering the endearing moments they used to have as a couple.

A day ago, Nerea revealed that the entire Pérez Ocaña family has experienced paranormal events, so they believe that it is the spirit of the young actor who died at the age of 22.

It was at the unveiling of Octavio Ocaña’s hands in a well-known shopping plaza in Mexico City, where the actor had already captured them as a child, where Nerea revealed that “Benito has been present”:

“He threw things at me”: Octavio Ocaña’s girlfriend revealed that she has felt the actor’s spirit

Octavio Ocaña’s girlfriend asks to no longer be related in the case: “I was not to blame for anything”