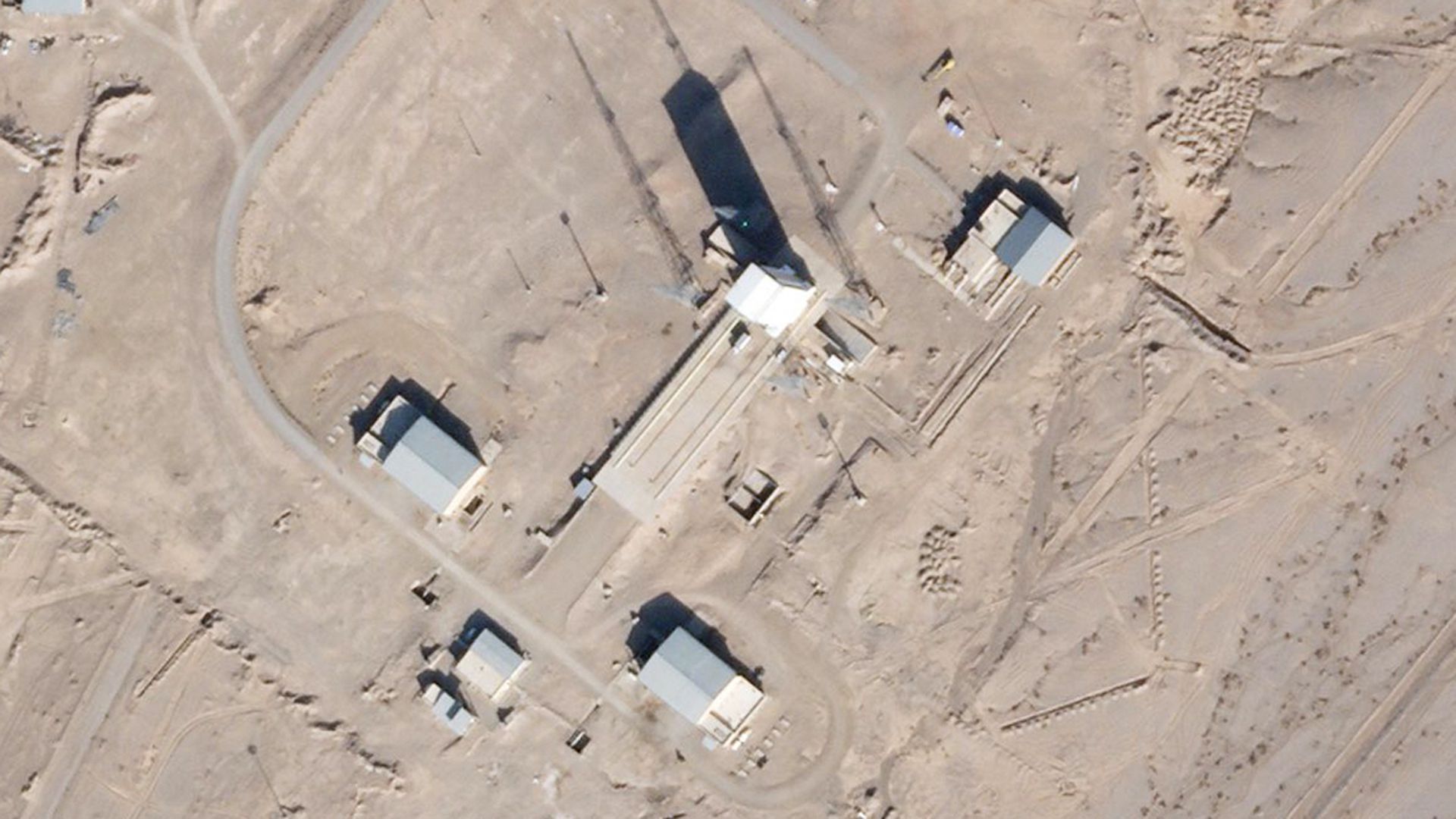 As negotiations continue in Vienna to salvage the 2015 nuclear deal, Iran‘s regime appears to be preparing a space launch, according to what recent satellite images show and what was warned by a specialist on the subject.

The probable launch in Iran’s Imam Khomeini spaceport It comes as Iranian state media has offered a list of upcoming satellite launches planned for the Islamic Republic’s civil space program, which has been beset by a series of failed launches. The Iranian paramilitary Revolutionary Guard runs its own parallel program, which successfully launched a satellite into orbit last year.

The launching in the middle of the Vienna talks dovetails with the hard-line stance taken by Tehran negotiators, who have already called the previous six rounds of diplomacy a “draft”, irritating Western nations. Germany’s new foreign minister has come to warn that “time is running out at this point.”

But all of this is framed in a renewed attention to space by the hardline Iranian president, Ebrahim raisiexplained Jeffrey Lewis, an expert at the James Martin Center for Nonproliferation Studies at the Middlebury Institute for International Studies, who studies Tehran’s nuclear program. With the former Iranian president, Hassan rohani, who was the architect of the nuclear deal, outside of his post, concerns about alienating the talks with launches that the United States says help Tehran’s ballistic missile program are likely to have dissipated.

“They are not walking with lead feet (…) I think that the people of Raisi have a new balance in mind”Lewis considered.

Satellite images taken on Saturday by Planet Labs Inc., which The Associated Press (AP) had access to, show activity at the spaceport on the desert plains of the rural Iranian province of Semnan, about 240 kilometers southeast of Tehran.

A support vehicle was parked next to a huge white gantry that usually houses a rocket on the launch pad. That support vehicle has appeared in other satellite photos at the site just before a launch. Also visible is a hydraulic crane with a railed platform, which has also been seen before previous launches and is probably used for rocket maintenance.

Other satellite images from recent days at the spaceport have shown an increase in the number of cars at the facility, another sign of the increased activity that often precedes a launch. A building that is also believed to be a rocket “check-in” facility has also seen increased activity, Lewis said.

“This is a fairly traditional activity prior to launching”He told the AP agency.

The activity comes after the Iranian state news agency IRNA published an article on December 5 stating that its space program had four satellites ready to be launched. It described that one of them, the Zafar 2 low-orbit imaging satellite, was “in the final phase of preparation.” Zafar, which means “victory” in Farsi, weighs about 113 kilograms (250 pounds).

The Zafar 1, however, failed to enter orbit after a February 2020 launch at the spaceport. A Simorgh, or “Phoenix,” rocket was used at the time, but it failed to get the satellite into orbit at the correct speed, according to Iranian officials at the time. The Iranian regime had spent just under € 2 million to build the satellite.

Iran’s civilian space program has suffered a series of deadly setbacks and explosions in recent years. A mysterious explosion even caught the attention of former US President Donald Trump in 2019, who tweeted what appeared to be a classified US spy satellite image of the aftermath of the explosion with the caption: “The United States of America was not involved in the catastrophic accident. “

Meanwhile, The Revolutionary Guard revealed its own secret space program in April 2020 by successfully launching a satellite into orbit. The head of the US Space Command later dismissed the satellite as “a web camera circling in space” and that it would not provide the Iranian regime with vital information, although it did demonstrate Tehran’s ability to get into orbit.

In the last decade, Iran has put several short-lived satellites into orbit and in 2013 launched a monkey into space. But under Raisi’s tenure, Iran’s Supreme Space Council has met for the first time in 11 years, according to a recent report on state television.

Raisi said at the November meeting that “It shows the determination of this government to develop the space industry.” A high-ranking member of the Revolutionary Guard, who runs its aerospace program, General Amir Ali Hajizadeh, attended the meeting together with the Minister of Foreign Affairs, Hossein Amirabdollahian.

The United States alleges that these satellite launches defy a UN Security Council resolution that asks Iran not to carry out any activity related to ballistic missiles capable of carrying nuclear weapons.

Iran’s regime, which has long said it does not seek nuclear weapons, maintains that its satellite launches and rocket tests do not have a military component. Tehran also says it has not violated the UN resolution, as it only “asked” the Islamic Republic not to carry out such tests.

But the possible launch also comes at a time when tensions over Iran’s nuclear program are rising again. Since Trump unilaterally withdrew the United States from the Tehran nuclear agreement with world powers in 2018, Iran gradually abandoned all the limits that the agreement placed on its program.

Lewis said he hopes the space program will accelerate given Raisi’s interest. “They are not constrained by concerns about the Iran deal in the same way that Rouhani was,” he said.

Nuclear deal with Iran: Joe Biden ordered the US to be prepared if “diplomacy fails and other options must be resorted to”

The G7 sent a harsh warning to Iran: “This is the last chance to achieve a serious solution to the nuclear deal.”