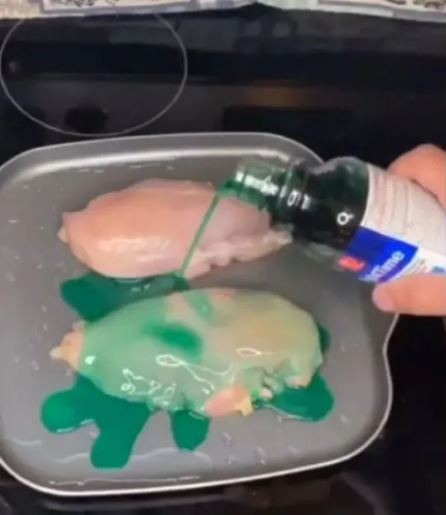 A new deadly challenge on TiKTok has appeared and is attracting the attention of thousands of young people who enthusiastically want to recreate it, but they could end up dead

A new deadly challenge on TiKTok, which could lead to death due to its high health risks.

What is worrying is the fact that the new deadly challenge is gaining strength, and similar to others that have arisen in the past, it could cause health risks for those who try it.

In fact, the United States Food and Drug Administration (FDA) warned about the challenge that prompts a supposed cooking recipe that includes chicken and cough syrup.

The FDA notes that cough syrup is an over-the-counter drug, but is causing concern about its inappropriate use, as it “can pose significant risks if misused or abused.”

And it is that the new death challenge in TiKTok leads people to “cook” the chicken breast and use as a “dressing” cough syrup, known as NyQuil or a similar one, which contains paracetamol, dextromethorphan and doxylamine.

But the FDA indicates that the recipe, in addition to being unappetizing, could be harmful to health even if the “prepared” meat is not eaten.

The US agency said: “It could also damage your lungs. Bottom line: someone could take a dangerously high amount of cough and cold medicine without even realizing it.”