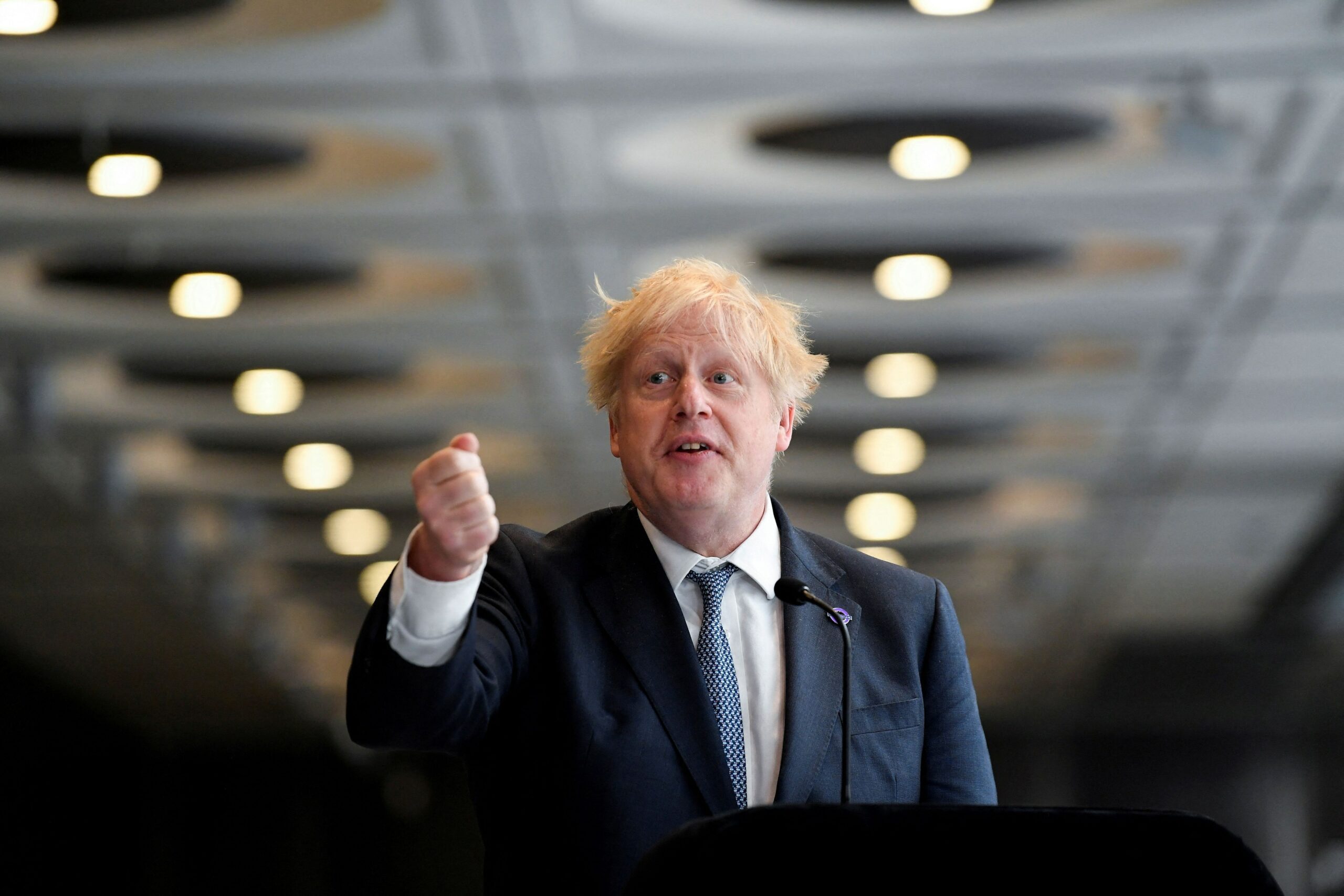 Since being forced to step down in July, the former British prime minister Boris Johnson he did not hide his hopes of returning to politics. But the persistence of “partygate”scandal of the parties during the confinements in the United Kingdom, threatens him with new revelations.

Contradicting his claim that anti-covid rules were always respected at his Downing Street offices, Johnson allegedly joked about a celebration in November 2020during the second lockdown in England, stating that it was “The most socially distanced party in the UK.”

This was revealed by helpers interviewed for a podcast of ITVaccording to whom some members of the former prime minister’s team they destroyed documents before an internal investigation and another by the police and others maintained sexual intercourse at a riotous party the night before the funeral of Prince Philip, husband of Elizabeth II who died in April 2021.

“When the discredited former prime minister plans his return, this reminds us once again why he is totally unsuited for public office,” replied the number two of the opposition Labor Party, Angela Rayner.

“While people couldn’t say goodbye to their loved ones or grieve with their families, he was breaking his own rules and then lying to the British people,” he added.

The podcast of ITV was released this week, before the next opening of an investigation by a parliamentary commission that could mean Johnson’s suspension or even expulsion of the House of Commons.

The so-called “privilege committee” will investigate whether the former leader lied to Parliament when, after the leak of a compromising video in December 2021, he assured the deputies that “the rules had been respected at all times.”

“We all saw it live and our jaws dropped,” he told ITV a Downing Street source who attended the festivities. “We were surprised that he denied it. He was there. We were there. We were all together,” she added.

After his Conservative Party MPs grew tired of the incessant scandals and pushed him to resign, Johnson attempted to stage a comeback in October when his successor, Liz Trusswas also forced to relinquish power for its controversial economic policies.

However, after a hasty return from his Caribbean vacation, he ended up withdrawing from the race, allowing the current Conservative Prime Minister, Rishi Sunakwill take over from Truss.

A Conservative MP called the podcast ITV as “the last nail in the coffin of his return” politically, according to The Independent newspaper.

But Johnson and his acolytes, like the former minister Nadine Dorriesthey don’t give up.

“Most sane people know that (the Conservative MPs) were dead wrong. Nothing has gone right for us since the day Boris Johnson was ousted,” Dorries told talkTV on Tuesday.

And Johnson himself made a passionate defense of his career at London’s Carlton Club, during a recent event that, according to the Sunday Timesit was the beginning of a return offensive before the British local elections in May, which the polls predict are unfavorable for Sunak.

But a former minister told the independent that the new revelations “will make the privilege committee investigation harder on Boris” because “if this is proven, it is clear that he knew what was going on.”

“I am concerned that some of his supporters are oblivious to reality and try to cause unnecessary disruption by pushing” his political comeback, he added.

A spokesman for Johnson did not deny that he used the phrase “the party with the least social distance.” But he stressed that the former leader had “constantly worked” to ensure the government did everything possible to protect British lives and jobs during the pandemic.