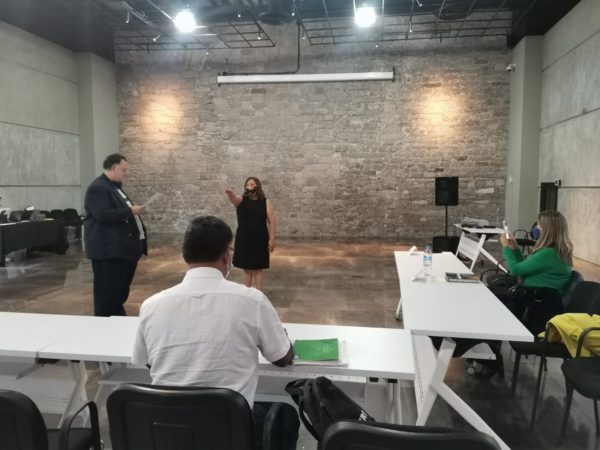 On the instructions of the State Governor, José Ricardo Gallardo Cardona, Araceli Navarro Muñíz was appointed as director of the Casa del Rebozo in Santa María del Río.

La Casa del Rebozo is a space dedicated to the promotion, dissemination and preservation of Potosí popular art, with an emphasis on the silk rebozo of Santa María del Río, an iconic piece of the Mexican textile tradition.

It should be noted that, hand in hand with the museum, there is the Escuela Taller de Rebozos, an institution that since 1953 has been dedicated to the training of new artisans from San María and to be the spearhead in the production of traditional rebozos and innovative collections with projection at the level. international. In addition to artisan samples from the four regions of San Luis Potosí.

Araceli Navarro Muñíz has a track record in the field of teaching and cultural programming at the municipal and state level. He has carried out important activities in the promotion of culture from the House of Culture of Santa María del Río, from 2009 to this year.
The Secretary of Culture of San Luis Potosí invites the general public to follow the cultural programming of the Casa del Rebozo (@delrebozo) through the social networks Facebook, Instagram and Twitter.