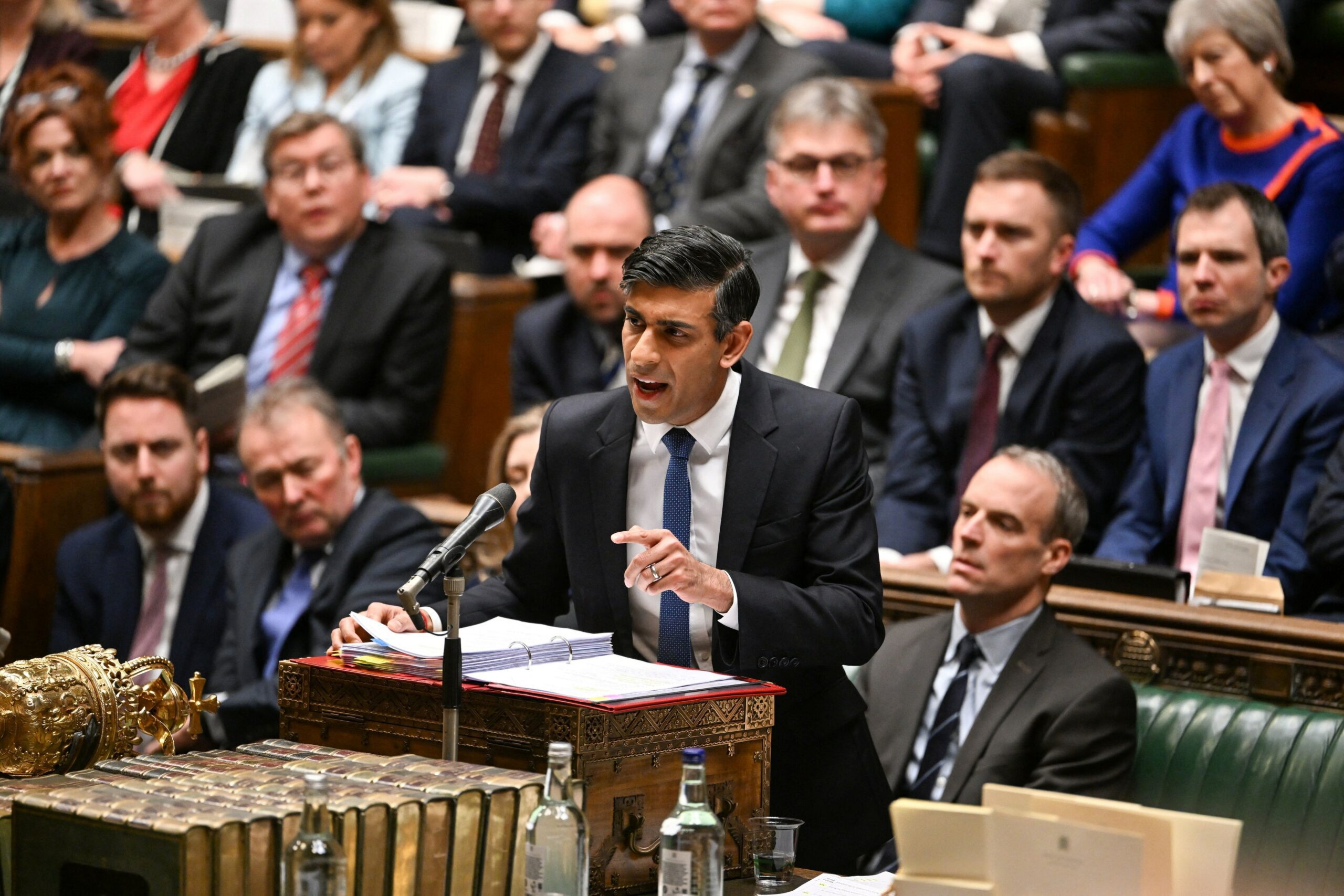 The next few days will tell if the Prime Minister Briton will emerge gracefully from the dashboard of carelessness of his party partners. Rishi Sunak Acceded to Downing Street three months ago with the determination to end the scandals among the conservatives. However, he now finds himself with two ethics-based investigations from separate members of his main team.

The series of misfortunes began on Friday, January 20, when the Lancashire police, in the northwest of England, fined for not wearing a seatbelt while defending his policies on the networks from the back seat of the official car. Despite the fact that Sunak apologized, everyone remembered that he became a Downing Street tenant promising to repair the behaviors that had also earned him a sanction in the spring of 2022. The most repeated, attending a party during confinement on the occasion of the anniversary from his then boss: Boris Johnson.

But his own clumsiness was outweighed by the inappropriate conduct of two supporters. First, Nadhim Zahawia kind of minister without portfolio of Sunak and Chairman of the Conservative Partyacknowledged on Sunday, January 22, having had problems with the Treasury.

According to BBChad to pay up to 5 million pounds sterling, about 5.7 million euros, for not having correctly declared his income, after the sale of shares in the pollster YouGov, of which he is a co-founder. Furthermore, the problem is compounded given that Zahawi has said that he discussed the issue with the tax office when Boris Johnson appointed him chancellor in July, and that he resolved the issue while he was at Treasury.

The prime minister has insisted he was unaware that Zahawi had recently agreed to pay a fine to the tax collector when he appointed him Conservative Party chairman. Sunak issued his first public criticism of Zahawi on the matter on Monday, saying there are “questions that need to be answered” and asking his ethics officer to investigate.

Zahawi is the fourth Downing Street civil servant in trouble. Before him, due to accusations of “immoral” behavior, the Minister of State without portfolio, Gavin WilliamsonHe left the government. The Minister of Justice, Dominic Raab, is also investigated for harassment, although he remains in office. Added to the situation Suella Bravermanthe Minister of the Interior, denounced for having handled confidential information without due diligence.

But this is not all. The newspaper Sunday Times has revealed a plot involving the former prime minister again Boris Johnson. As if it were not enough after the “Party Gate” scandal, it is now discovered that Johnson would have benefited from credit guarantees from a friend, Richard Sharpin exchange for running for president of the BBC.

This former banker of Goldman Sachs and a donor from the Conservative Party -for figures estimated at around 400,000 pounds sterling- helped him access this loan to improve the financial situation of the former premier. Richard Sharp later got the designation.

Sharp, Johnson and the Executive deny that there is a conflict of interest, which is why the Labor Party has called for an investigation and the resignation of all those involved, in addition to parliamentary monitoring.

These scenarios mean that Sunak is going through his worst approval rating since he became prime minister, according to the latest polls. Sunak’s net approval rating is less than 15 percent. Polls indicate that 40 percent of Britons disapprove of his management and 25 percent approve as of January 22.

The same work, carried out by the firm Redfield & Wiltonand published in the British press, shows that Labor currently has a lead in national polls of 22 percentage points, with 48 percent against 26 percent for the Conservatives.

Sunak’s integrity, at least to try to order the collapse of British politics, is at stake as calls for him to purge the Conservative Party and its government multiply. For now the only response from the prime minister is a thorough investigation by Laurie Magnusthe prime minister’s ethics adviser.

New train strike in the United Kingdom: there will be no service for 48 hours due to a wage claim