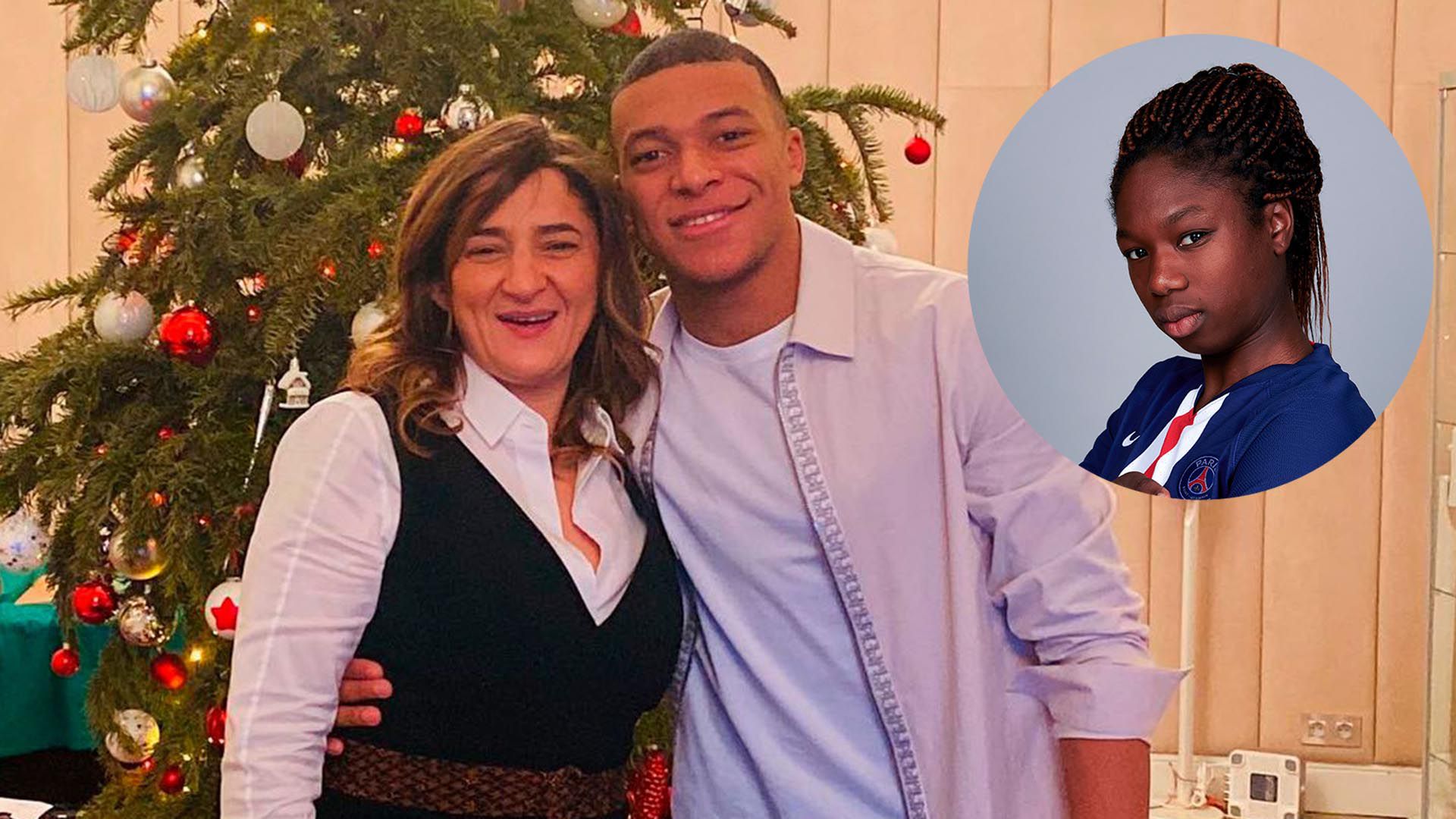 While investigating the violent attack with an iron bar of which one of the players of the PSG women’s team was the victim, Kheira Hamraouion November 4, 2021, the Versailles police discovered a new protagonist under the name of César M. The mysterious man is noted as a close friend of Aminata Dialloin addition to being an unofficial agent for several soccer players from the French team.

As reported Le Parisienthere was an agreement between the parties around two objectives that built the basis of the relationship: do everything possible to expel Kheira Hamraoui from PSG at the end of the 2021-2022 season and at the same time getting a contract extension offer from the Parisian club for Diallo. In this double perspective, they would have joined forces to disrupt the organizational chart of the women’s section and remove the leaders who could hinder their projects.

To understand the origins of this twist in the case, we must go back to October 2021. During the weeks prior to the Hamraoui attack, between the 2nd and 29th of that month, Diallo and César M. they talked 33 times through their telephone line. They were all conversations between two people who have known each other for several years and who share common interests.

Before the controversy broke out, Aminata, a PSG player since 2016, suggested to Marie Antoinette Katoto, the club’s star striker, unofficially entrust the management of his career to César. After the Hamraoui attack on November 4, the duo stopped using the traditional mobile line and opted to chat via encrypted messaging.

The police also point out that their conversations WhatsApp were interrupted on October 24, the date on which the first anonymous calls to several PSG players aimed at defaming the image of Kheira Hamraoui. These changes in habits are perceived by researchers as “an apparent desire to hide.”

One of his intercepted conversations dates back to April 7 with Ulrich Ramé, former Girondins de Bordeaux goalkeeper who became sporting director of the PSG women’s section. César M. then told his interlocutor that the extension of the contract of Marie-Antoinette Katoto, scorer and star of the squad, which he manages will depend exclusively if a new link appears for Aminata Diallo in addition to the request for the dismissal of Kheira Hamraoui.

During the same talk, César M. did not hesitate to raise the threat of a scandal that would damage the technician’s reputation Didier Olle-Nicolle, currently in charge of training the first women’s team. The representative referred to inappropriate gestures such as touching the buttocks of one of its young players, a minor. The matter was settled internally or undercover, according to police.

On April 21, three days before a semifinal of Champions League between PSG and olympique de lyonCésar M. received the news that the main competition would start in the most important game of the season. “The other bitch, she’s going to be a starter, she’s a fucking piece of shit. He doesn’t come to training, he breaks his balls in games. The problem is not Kheira, the problem is the coach and Ramé,” the agent said in leaked statements.

Furious at this event, the PSG player and her adviser, according to wiretaps carried out by investigators and published by Le Parisien, planned to attack Corinne Deacon, coach of the French women’s team that he would be “wrong” to prefer Hamraoui over Diallo.

Far from abandoning the fight for the goal, they go to the next step in search of direct influence in the halls of the club. The origin of the rapprochement between Aminata Diallo and the Mbappé family dates back to November 10. The link was made by a former journalist from the newspaper L’Equipeclose to the family of Penguin.

contacted by Le Parisien, faiza lamarimother of Kylian Mbappé, explained that met Diallo and that they chatted three times as part of a documentary project dedicated to the Hamraoui affair that an American production company planned to develop in collaboration with Zebra Valley, the company whose Kylian is the owner. The occasions came in November in Paris at an evening presentation of the comic strip about the striker’s life, then in Dubai during the Christmas holidays and a third time in the Parc des Princes in a Champions League match.

An intercepted conversation between Aminata Diallo and the former journalist close to the Mbappé arouses the attention of the investigators: They suspected that the mother of the PSG striker could intercede with the club’s leadership in favor of extending Diallo’s contract. Within the statements in the brief talk, the confirmation of the extension of Kylian’s contract several weeks before its formalization is heard.

Among the statements to Le ParisienFayza acknowledges “having dealt with the issue of Aminata Diallo’s contract extension to the PSG leadership, but in a very informal, disinterested way and always in the context of the documentary project”. A few weeks later, according to reports, Zebra Valley he withdrew from the documentary project. “When I learned that PSG did not want to offer Aminata a new contract for reasons probably related to the case, I distanced myself from her”Lamari concluded.

Finally, Aminata Diallo, prosecuted for aggravated violence and criminal association and imprisoned since last Friday, must declare this Wednesday before the judge of liberties and detention that she must rule on her maintenance or not in preventive detention. Consulting her lawyer, Me Mourad Battikh, the protagonist decided not to speak.

“Rotella breakage”: they revealed the dark search and the violent chats of the PSG soccer player arrested for the attack on a partner