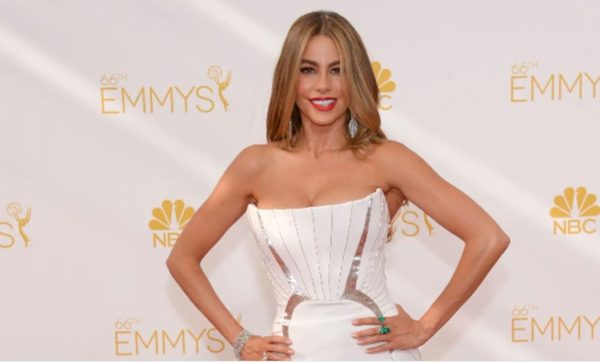 During your confinement for the pandemic There’s something that Sofia Vergara and family were set as a rule: never complain.

“Bored at home, but not risking,” says the Colombian actress and host.

“I was able to stop working for several months and I had that luxury, a lot of people when we didn’t know what this was. (Covid-19) he had to take risks and go out and support himself ”, he says.

At that time the actress of “Modern family“I was auditioning for the reality show “America’s Got Talent”, premiered this year by the American network ABC and is looking for talents to singing, humor, magic and acting.

And everything stopped. In each session there were hundreds of people and the sanitary conditions did not allow it. He managed to do something from home, but waited patiently until the production managed to take the season back and wrap it up.

“We couldn’t get to the set and have human interaction, it was everyone who was locked in their trailer, nobody could get close, there was no vaccine and they tested us every two days. It was difficult, but we started to feel better when everything was done, ”he recalls.

But during this last year and a half he was also aware of “Koati”, an animated film where he not only lends his voice to a villainous snake, it is also a producer.

The feature film directed by the Mexican Rodrigo Pérez-Castro and the music of Marc Anthony, premiered yesterday on the platform streaming from Blim, while last month it did it in theaters of EU.

In the voices are also found Adriana Barraza, in that of a quetzal bird and Evaluna Montaner in that of a butterfly.

“Koati” is situated in an imaginary jungle Land of Xo, with a group of animals trying to fight an enemy much bigger than them, to defend their place of life.

“The character was perfect for me, I wanted to be a bad snake, but that she had enough comedy in all the things she did. It’s not bad bad. We had a production group that spent years making this movie, it didn’t happen overnight. It is recreating the life of the animals, the flora, the fauna that the world has not really seen, a beautiful opportunity to do this and have it done by Latinos for the whole world ”, considers Vergara.