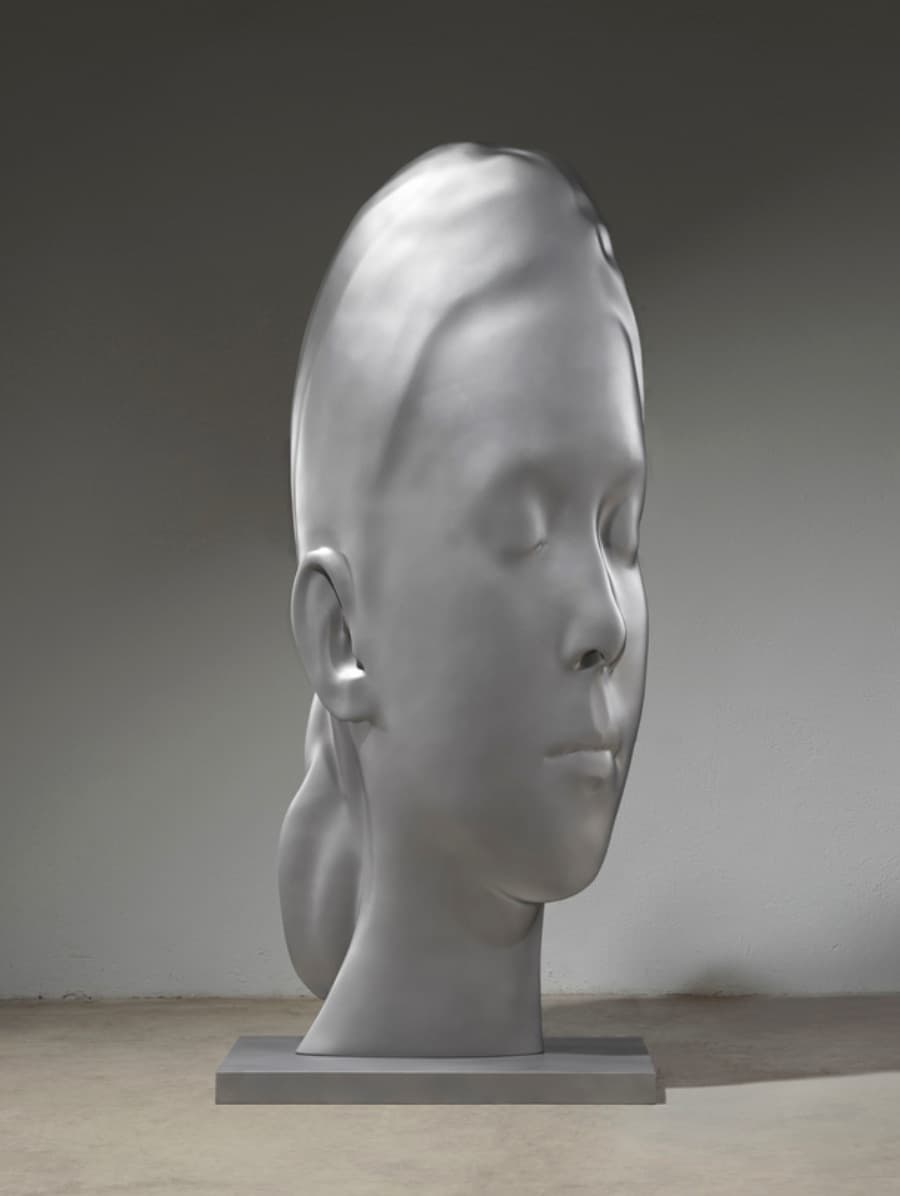 minna It won’t be just another sculpture in a park miami beach. Since its inauguration, on November 30, the enormous woman’s face has not gone unnoticed by residents and visitors to the city. The arrival of this work of Jaume Plensa to the beach will also be remembered as a symbol of the generosity of two of the people who ensured that Art Basel It will also be carried out on the American side of the Atlantic: irma Y Norman Braman.

The prominent Catalan creator of public art has to his credit monumental sculptures in steel, glass, marble, polyester resin, concrete and bronze. For Miami Art Weekthe great artistic movement around Art Basel, one of his most recent works, a 17-foot (5.20-meter) stainless steel sculpture, was unveiled at the Pride Park of miami beach.

Plensa has said that a sculpture is not just a matter of volumes: “It is talking about something deep within ourselves that, without it, we cannot describe. We are always with one foot in normal life and one foot in the most astonishing abstraction.

Plensa’s works, which have been presented in open spaces, are inspired by her belief that public art spaces create transformative experiences for a broad and diverse audience.

The inhabitants of the south of Florida recognize Norman Braman as the owner of one of the largest car dealerships in the state: Braman Motorcars. However, both he and his wife Irma have gone to great lengths to make art accessible to the public.

For almost two decades the Bramans traveled, every year without fail, to the art fair in basel, then only established in that city. Braman, a lover of visual arts, proposed to the organizers the idea of ​​expanding it to Miami, and was the intermediary between the director of the fair, Lawrence Rudolf, and Miami Beach authorities.

Once accepted, the fair had to be abruptly canceled due to the 9/11 attacks. But when at last it could materialize, and the first fair turned out to be a great success. All the important galleries that did not attend that time, rushed to sign up for the second one.

After that beginning, 20 years later Art Basel maintains its success.

In a recent interview for the official Art Basel site, Norman Braman declared: “During that first fair we only had three art galleries in Miami. The last time we counted them, there were more than 120. The fair produced the Perez Art Museum Miamicreated the Institute of Contemporary Art (ICA)inspired the From the crossthe rubell and the margulies to expand your collections. And he turned Miami into a very important art center in the USA”.

The Bramans are largely credited with bringing Art Basel Miami Beach to life. They have collaborated so that this city is, more and more, an important cultural place. It is not surprising then that they give Miami one of the most beautiful and monumental works of Jaume Plensa.