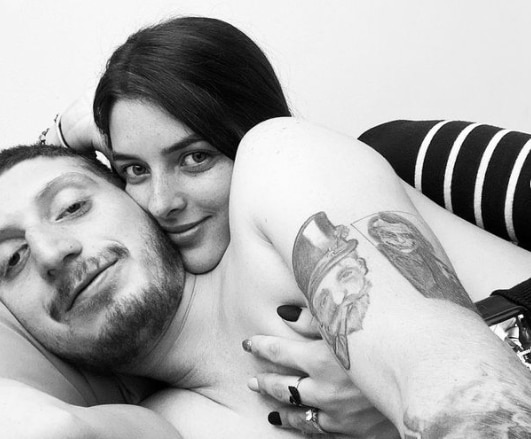 Nerea Godínez, partner of the late actor Octavio Ocaña, who was known for playing “Benito Rivers” in Neighbors, He recalled with some images the sports childhood of the actor.

Through his Instagram account, Nerea Godínez, Octavio Ocaña‘s partner, shared two photos while he was an infant and played against a children’s team of the team he was a follower, Cruz Azul: “Always blue“Said the young woman.

The actor left several anecdotes showing a deep love for the most popular sport in Mexico, soccer. It is known that he was a fervent follower of the Cruz AzulHe even had the chance to see the “Cement Machine” become league champion after 23 years of drought.

One of the dreams of “Benito Rivers” was to become a professional footballer with Cruz Azul and, although he failed to fulfill it, he became a third division footballer. The actor had a brief stint at the bottom of the Pachuca, where he shared a team with Diego Lainez, current Betis player from Spain.

Ocaña was not selected by the team of his loves, his intention to become a professional footballer did not diminish. ANDn 2015, managed to integrate the ranks of the Sports Gladiators, soccer club that played its matches in the second division, as part of the New Talent League of the Mexican Soccer Federation (FMF). Even, He came to have a record against Liga MX.

Yesterday, November 15, a match was held in memory of Octavio Ocaña two weeks after his unfortunate death, much of his life after the ball was lived with “The Trinity”, set with which he wore the number 10 shirt and with which he will always be remembered, especially after the gesture they had this Sunday with a tender tribute in his honor.

Through her Instagram account, Bertha Ocaña, Octavio’s sister, shared images of the players, who They prepared team shirts that on the back had the name of Ocaña and the number with which he played.

It should be noted that the Mexican football family on the day of Ocaña’s death joined in the displays of affection for the young actor. The team of his loves, Cruz Azul was one of the first to issue a message regretting the death of the actor and wished his family great strength.

“We regret your departure, dear Octavio. A hug to the sky. We wish prompt resignation to family and friends “, reads the publication published on the profile of @Cruz Azul. Along with the message, the Noria club released a couple of photographs of Ocaña with the light blue shirt.

To the samples of strength were added those of the captain of the “Celestial Machine”, Jesús Corona who in an Instagram message shared some photographs with “Benito Rivers”: “With a special dedication this triumph. You are surely enjoying it from heaven @octavioocaa”, Posted the Mexican soccer player.

Another of the historical figures of the Noria team was “Chelito” Delgado who shared a letter that Ocaña wrote to his idol while he played for Cruz Azul. Finally, it is important to remember an interview that the actor gave to Notimex, where he declared all the love that the young actor had for football.

“I like to do my job as an actor well. I do my best, but what really fascinates me is soccer. I do not know, it is something that I cannot avoid, it is such an intense hobby that I would accept to continue for the rest of my life even without money involved. Interpreting is a hobby, but soccer is my passion, which makes me happy and satisfied, “said Ocaña.

Two weeks after his death, Octavio Ocaña’s family visited his grave: “We love you very much”