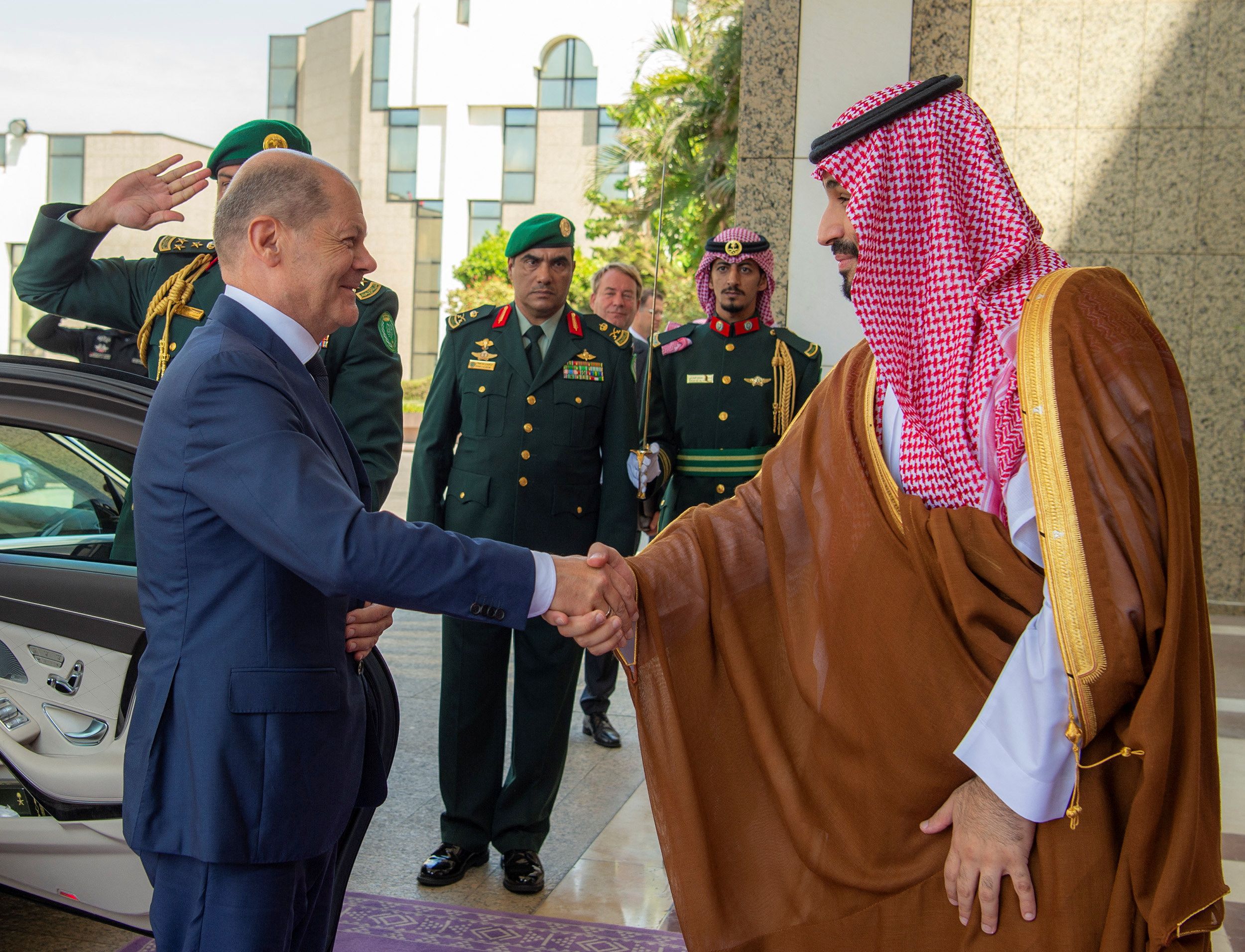 The German Chancellor Olaf Scholz visited the city of Jeddah this Saturday, in Saudi Arabiawhere he met with the authorities of the Arab kingdom in the Red Sea, according to the local news agency SPA. The head of government traveled accompanied by representatives of various economic sectors.

The meeting with the crown prince and de facto ruler of Saudi Arabia, Mohammed bin Salmantook place within the framework of a tour of the Persian Gulf that he leads mainly with the aim of find solutions to the energy crisis. Behind the United States, Saudi Arabia is the second largest oil producer.

Although no details about the meeting were released, it was learned that its main axis was to seek alternatives to the dependence on the supply of Russian gas that, after the investment in Ukraine last February, has caused an energy crisis in Germany.

“It is clear that talks in the Gulf region are not easy, but they are important. Today I spoke with the Crown Prince of Saudi Arabia in Jeddah about renewable energy, economic cooperation, the Russian attack on Ukraine and the importance of human rights,” the foreign minister wrote on his Twitter account after the meeting ended.

Tomorrow Scholz is scheduled to continue his tour to the United Arab Emirateswhere he will meet the president Sheikh Mohammed bin Zayed Al Nahyan in Abu Dhabi. This meeting will also address the designation of the country as the venue for the next United Nations Climate Change Conference. Later, you will get to qatarwhere a meeting with the Emir Sheikh Tamim bin Hamad Al Thanito discuss issues related to tensions with Iran, among others.

Along with this tour, Germany is in talks with various European institutions and suppliers that are in a position to export gas to face the low temperatures that are coming. Nevertheless, the local Ministry of Economy and Protection reported that it was possible to successfully supply the Russian shortagesthanks to gas shipments from Norway, the Netherlands and Holland.

This Saturday, the Government announced that it is working on a package of measures to lower gas and electricity prices. “We want to ensure that electricity prices are reduced again through a modification of the market model. And we want to see that gas prices come down,” they explained. Scholz also highlighted the will of a fast implementation to bring relief to citizens and companies that find it difficult to pay the high costs of bills.

Thanks to the negotiations, the Government estimates that, by the end of 2023, Germany will be able to supply itself without Moscow’s contribution -which until February of the current year represented the 55% of total gas supply-.

Also, the initiative comes amid Germany’s plans to achieve zero carbon footprint goal by 2045. To do this, a switch from the use of natural gas to hydrogen produced with renewable energies is required.

Russia cut off gas to Europe, blames the West and threatens to stop supplying oil