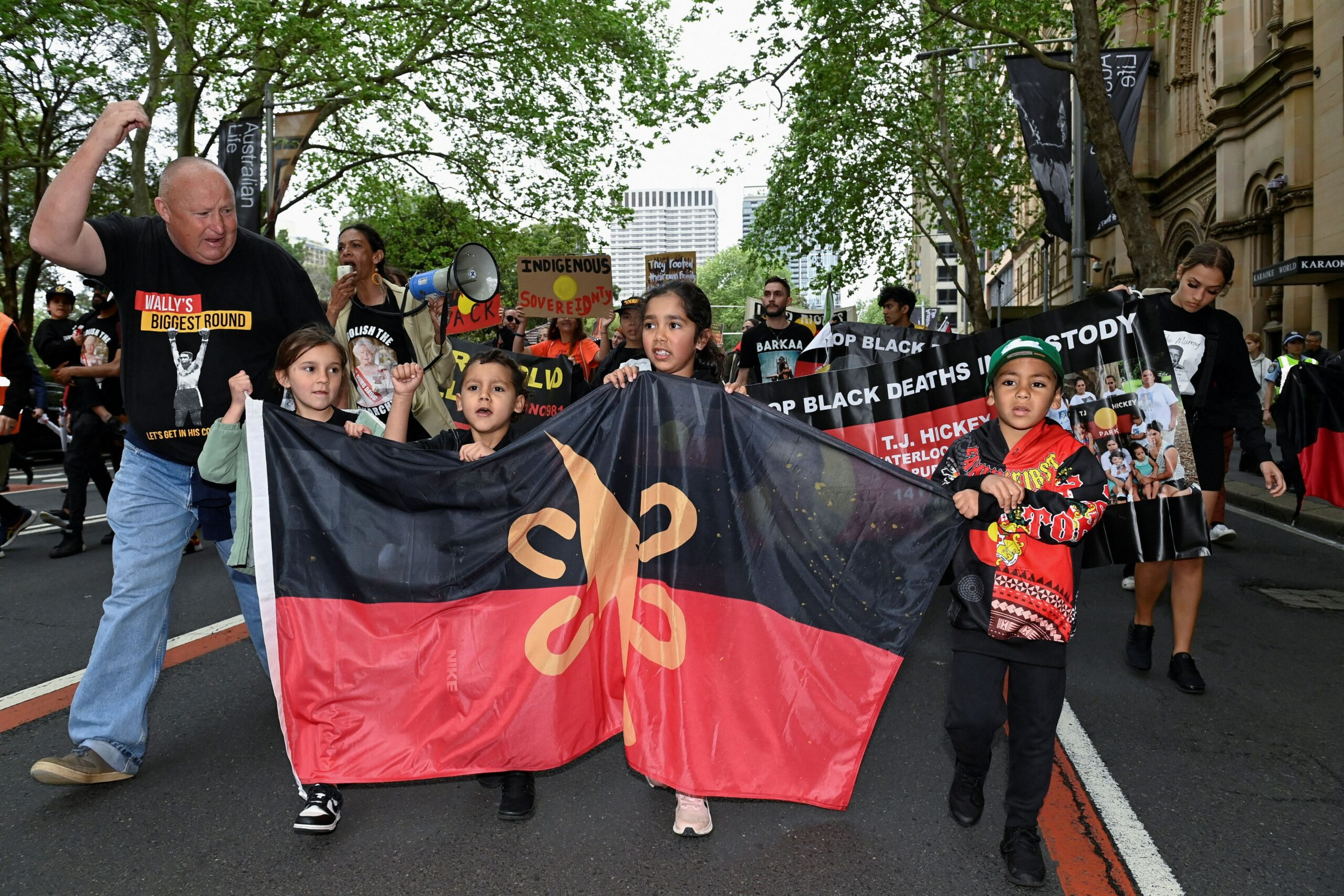 Thousands of Australians demanded this Thursday end of the monarchy in a day of protests held in various cities of the countrycoinciding with the commemoration of the National Day of Mourning decreed for the death of Queen Elizabeth II.

“The Crown has blood on its hands. Our people continue to die in this country every day… The boot of the Crown is on our neck and we are sick of it,” said Green Party Senator Aboriginal Lydia Thorpewho dressed in black and with red paint on her hand gave a street speech in melbourne.

In that city, hundreds of demonstrators led by the senator walked the streets with banners that read messages such as “Abolition of the Monarchy or “Black Lives Matter”referring to the movement Black Lives Matter.

The front “Warriors of the Aboriginal Resistance”one of the organizers of the protest, demanded the Ending “Racist Colonial Imperialism and its Continuing Effects” on Aboriginal and Torres Strait Islander Peopleswho represent 3.3 percent of the 25 million inhabitants of the country.

“As they mourn the queen, we mourn everything her regime stole from us: our children, our land, the lives of our loved ones, our holy places, our stories.”reads the call to the street march.

Protests were also held in other Australian cities, such as Canberra, Brisbane, Sydney and Adelaidewhere songs such as “It always was and always will be aboriginal land” prevailed.

Also, some protesters burned the australian flagaccording to images broadcast on television.

Today’s protests coincide with the National Service of Remembrance held at Canberra Parliament House on the Day of National Mourningofficially decreed to pay tribute to Elizabeth II, head of state of the oceanic country during her 70-year reign.

“In considering the unifying role that Your Majesty played, I acknowledge that his passing has provoked different reactions in some members of our community”, admitted in that official ceremony the governor general of Australia, David Hurley.

“I am aware that many First Nations Australians, scarred by colonial history, have embarked on a journey of reconciliation. It is a journey that, as a nation, we must complete, “added the representative of the British crown in Australia.

Australian aborigines, who are not recognized by the Australian Constitution dating back to 1901, have been victims of constant mistreatment since colonization, in addition to being dispossessed of their lands and systematically discriminated againstso many of them live in situation of poverty and inequality.

The government of the Australian Prime Minister, Labor Anthony AlbaneseHas promised hold a referendum during this term to make a constitutional change that recognizes the rights of indigenous Australians and allows them to have a voice in the country’s Parliament.

As members of the Commonwealth, Australia and New Zealand proclaimed Charles III as head of state

Controversy in Australia: an indigenous senator had to repeat the oath after calling Queen Elizabeth II a “colonizer”

Tension in the Indo-Pacific: concern in Australia about the possible purchase of 21 strategic islands by China