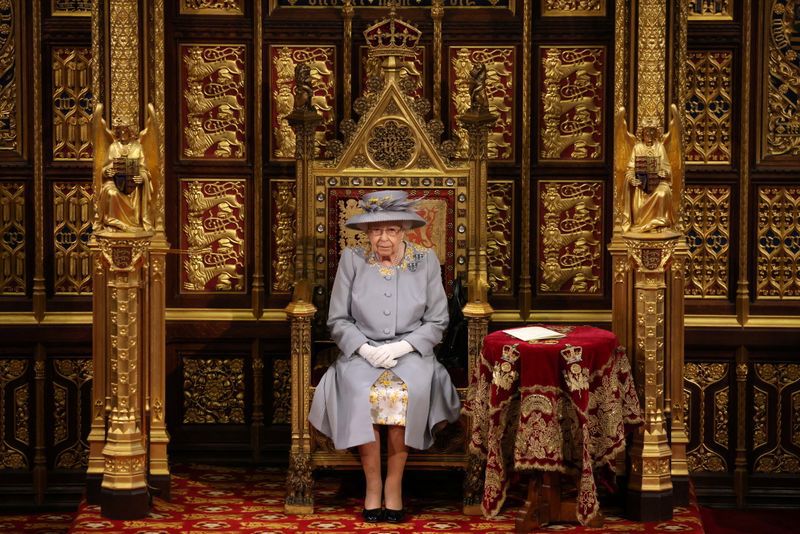 After the Buckingham Palace announce the queen’s death Isabel II in Balmoral, Scotland, many began to wonder what the coming days would be like. Last April, the most recent update on the so-called “Operation London Bridge” a carefully planned 10-day protocol, diplomatic and executive deployment that will start from this moment.

At the time, the leak of the ultra-secret plans to bury the Queen was described as “cruel” and “immoral” by the British authorities, who promised investigations to find the authors.

In preparation for that fateful D-Day, it has been determined that all government flags must be lowered to half-staff within ten minutes of death, and immediately afterwards there will be a television address by Prince Charles, who will also embark on a UK tour. Meanwhile, a memorial service will be held at St Paul’s Cathedral for ministers that will look “spontaneous”.

The plan was first created in the 1960s, but never been published in such detail.

The leak reveals that the first person outside Buckingham Palace to be told the sad news will be the Prime Minister, who will be telephoned by the Queen’s Privy Secretary, before a ‘cascade of calls’ to cabinet members, members of the privy council and senior officials. In addition to the Armed Forces, who plan salutes with firearms throughout the country hours later.

Everyone will be given the same written message: ‘We have just been informed of the death of Her Majesty the Queen. Discretion is required’.

After informing the highest authorities of the United Kingdom, the Royal House must issue -as it did- an ‘official notification’ delivering the sad news to the public through television and the press, including confirmation that Her Majesty’s funeral will take place ten days later at Westminster Abbey before she is buried in the family crypt alongside her beloved Prince Philip at Windsor Castle.

Before that, his body will remain for three days at the Palace of Westminster after being transferred from Balmoral, which will be open 24 hours a day for members of the public to pay their respects.

According to the plan, the Royal Family website will be replaced with a completely black page with a short statement confirming Her Majesty’s death.. All websites of GOV.UK they will have a black banner added.

All tweets and retweets from social media accounts and government department ministers They must be signed, reviewed first by specialized doctors, to maintain a tight control over messages about the Queen at a delicate moment. And public statements by high-level MPs are not allowed until the prime minister speaks first, likely from Downing Street in the hours after his death.

So shall, day by day the ‘Operation London Bridge’:

The Accession Council, made up of all the Privy Councillors, Great Officials of State, the Mayor and the City Civic Party, the High Commissioners of the Kingdom and some senior civil servants, will meet at St James’s Palace, near the Palace from Buckingham.

They will proclaim King Charles as the new sovereign. All men are expected to wear morning suits or lounge suits with black or dark ties. No medals or decorations may be worn.

An official will be filmed reading the proclamation that Britain has a new monarch; Simultaneously, the same message will be read at the Royal Exchange in the City of London, next to the Bank of England.

At noon, MPs will pay tribute in the House of Commons, led by the Prime Minister.

And at 3.30pm, the Prime Minister and cabinet will go to Buckingham Palace and have an audience with the new King Charles, but no spouses will be allowed.

Wherever the Queen’s body rests, it will now be returned to Buckingham Palace, where his coffin will be in the Throne Room. There will be an altar, the canopy, the Royal Standard, and four Grenadier Guards, with their bearskin caps bowed, their rifles aimed at the ground, on guard duty.

There are different plans depending on where the Queen is when she passes away, in this case, Balmoral. Thus, Plan A will begin, known as “Operation Unicorn”.

The royal train will be sent to Aberdeenshire to transport his coffin back to Londonagain to St Pancras.

If this is not possible, officials will switch to Operation Overstudy, which means the coffin will be flown to London from Aberdeen airport. likely to land on London Heathrow or RAF Northolt.

The new king charles will start a UK tour.

It will start with a visit to the Westminster Hall in the Houses of Parliamentwhere parliamentarians will give a condolence motion.

Your next stop will be Edinburgh to visit the Scottish Parliament followed by a memorial service at St. Giles Cathedral in Edinburgh.

Then King Charles will fly to North Irelandwhere members of the delegate parliament will give another motion of condolence, this time in the hillsborough castlethe residence of Secretary of State for Northern Ireland and the official residence of the monarch while in Northern Ireland.

He will then attend a service at the St Anne’s Cathedral in Belfast.

Meanwhile, in London, the first rehearsal of the Queen’s coffin procession from Buckingham Palace to the Palace of Westminster via The Mall, known as Operation Lion, will take place.

The Queen’s body will leave Buckingham Palace and be taken to the Palace of Westminster to remain there.

The procession will be the first major military parade. A similar slow march for the Queen Mother in 2002 involved 1,600 people and spanned half a mile. The route is believed to hold around a million people.

A memorial service will be held when he arrives.

The three days of the Queen lying down begin, called “Operation Pen”.

Your coffin will be placed in a dark catafalquea decorated wooden frame that supports the casket of a distinguished person during a funeral or while lying down, to make it easier for the public lining up to view the casket.

The first people to visit will be the VIPs, who will be given timed slots to pay their respects.

Later, the public will be able to walk with the room closed for only one hour each day.

In the meantime, Carlos will fly to Wales for the final leg of his UK tour. He will visit the Welsh Parliament before a memorial service at Llandaff Cathedral in Cardiff.

And there will be a great deal of planning in the royal house and in Whitehall, especially to ensure that heads of state, VIPs and dignitaries have arrangements to head to the UK for the funeral on the 10th.

The Department for Transport, the Home Office and the Border Force have plans in place for the number of British and foreign tourists expected to London in this period.

transportation for London it will also be involved to ensure that the provision of metro and bus is sufficient.

More than a million people could arrive, meaning London’s hotels, public transport and public spaces will be ‘full’, a document says. The police license is likely to be cancelled, but there are concerns about the number of commissioners required and where to find them.

The day of the Queen’s funeral. It will be a “National Day of Mourning”, although it will not be an official holiday. If it falls on a weekday, employers will be left to decide whether staff can have the day off, but there will be no dictate.

Her Majesty will be transferred to the state funeral held at Westminster Abbey, which will culminate in a two-minute silence across the country at noon.

It will then be taken to St George’s Chapel at Windsor Castle.where she will be buried in the King George VI Memorial Chapel alongside her loving husband, Prince Philip.

It is not known when the coronation of Prince Charles will take place. But his mother, the Queen, was crowned 16 months after the death of King George VI.

It has been speculated that Charles could choose to become King George VII, using his middle name as a tribute to his grandfather, but Clarence House said recently that he still “no decision has been made” about.