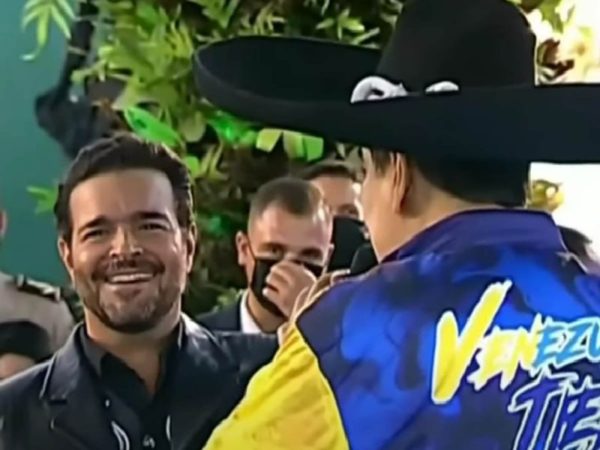 Entrepreneurs canceled several Pablo Montero shows after the controversy generated by the video with Nicolás Maduro.

They canceled several shows of Pablo Montero after his appearance with Nicolás Maduro, in full event organized in Venezuela by the Venezuelan leader’s birthday.

According to the program information First hand, several businessmen and event organizers decided cancel shows where Pablo Montero would participate after the videos that went viral.

In this regard, Mariana Gutiérrez, representative of the singer, commented with Gustavo Adolfo Infante that Montero appeared at the show as if it were any other event where he is hired and simply went to work.

The only interest that Mr. Montero has had is and has always been to represent Mexican-ranchera music in the world and that people know and enjoy it, ”he commented.

In a video broadcast on networks You can see Pablo Montero in the mañanitas that took him to the Venezuelan president.

President Maduro himself published a tweet where he thanked Montero’s participation and “bring strength from Mexico.”

Thank you for bringing us the strength of Mexico and singing these songs for me and all the Venezuelan people. The doors of Venezuela will always be open to you, Pablo, ”Nicolás Maduro wrote on Twitter.

After the publications, users of social networks launched against the singer, he even had to publish a statement where he tries to justify himself for the show.