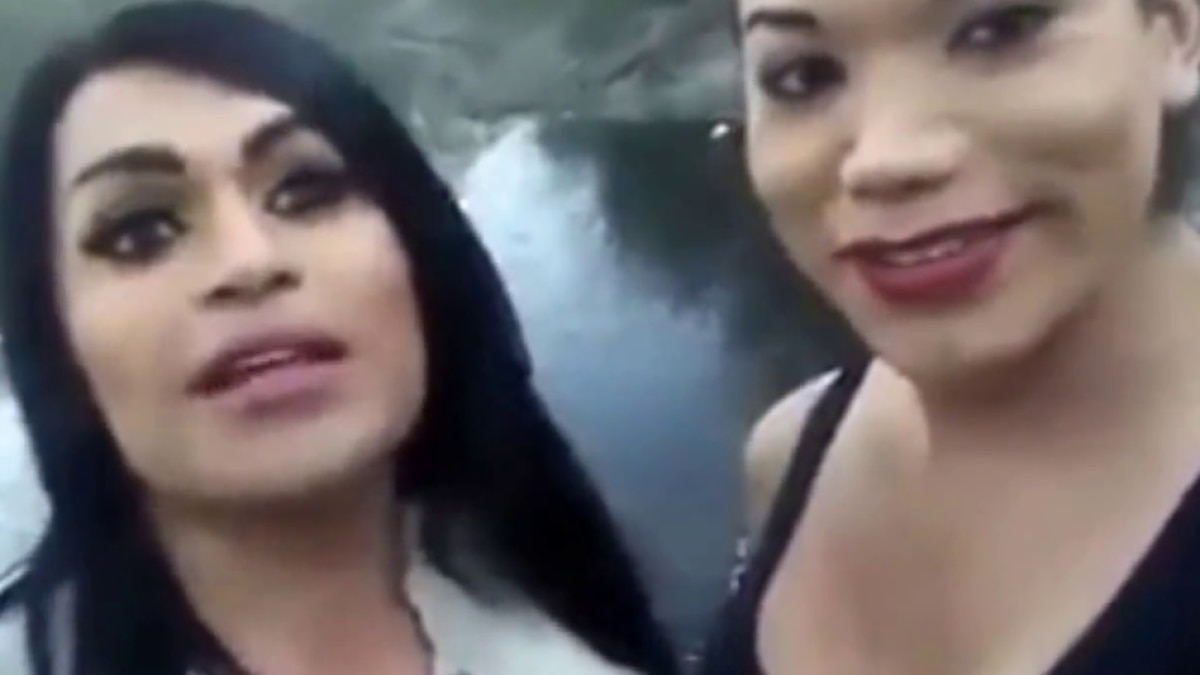 The year 2017 was marked by many events, however, a video that went viral would remain in the hearts of many Mexicans to date: “The losses”.

Wendy Guevara and Paola Suárez, two trans women who began to record desperately after getting lost in a hill, were the protagonists of the event that caused a lot of commotion at that time.

“Hello, we came to chat with some old men and they left us here, they left in the car and they abandoned us. We are lost. If anyone sees this video, please find us. We are seriously lost but since it is a video, we have to be smiling ”, said the audiovisual that became a meme.

Currently, both are influencers in their respective social networks and it was from the “Paolita” YouTube channel that she announced the news about her most recent undertaking.

“I’m going to get shoes for women, trans girls or biological women that fit big. The numbering, from 26 to 30 Mexican ”, he said to his followers.

He also stated that his brand is called “Patitas del 3 1/2” and added that so far he has received very good reviews for the project, but haters they have not been missing.

“A girl told me: ‘Oh, what model parents, as if we had never seen them ‘ and I started to think that I have never said that I am going to take models that you have ever seen or an exuberant sneaker ”, he added.

Regarding footwear, she pointed out that she will only take out 150 pairs of ankle boots for her winter season and then she will take out heels for the other seasons of the year.

“I’m going to be getting extravagant points, that is, parent shoes with large points so that they do not stay with the desire, that ‘oh, I was left with the desire some shoes well bitches! ‘”He added.

What have “The Lost” done?

Beyond their video that catapulted them to fame, Wendy and Paola are two women who have earned the affection of Internet users over time for their way of being.

In an interview with Lucía Méndez, the influencers told a little about the moment they lived on the hill in the distant 2017.

“We were on the hill, we went with some friends and from there they went to buy beer, and I tell my friend ‘We’re going to make a video’, as it was going to be a photo and a video came out. Everything came out spontaneously. It was going to be a live broadcast, but since there was no signal, it remained on video, then our friends arrived and the next day it began to go viral, “Paola said at the time.

Similarly, he mentioned that She was born on March 21, Benito Juárez’s birthday, and her mother wanted to name her after that president.

In another interview with La Chule Ruiz Paola said that at the moment she is very focused on her footwear brand.

“When I was younger, I struggled a lot for the feet that I bring“He stressed and added that Wendy’s father is the one who is helping him to make the shoes from scratch.

Latin Grammy 2021: nominees, schedule and where to see the most important ceremony in Latin music live

“I ask you for all your tips”: Omar Chaparro’s request to his followers to lose 14 kilos

“My husband loved him very much”: Bella de la Vega revealed how her romance with Juan Antonio Edwards came about

“Mopping is not acting”: Gustavo Adolfo Infante underestimated Yalitza Aparicio‘s new achievement in the US