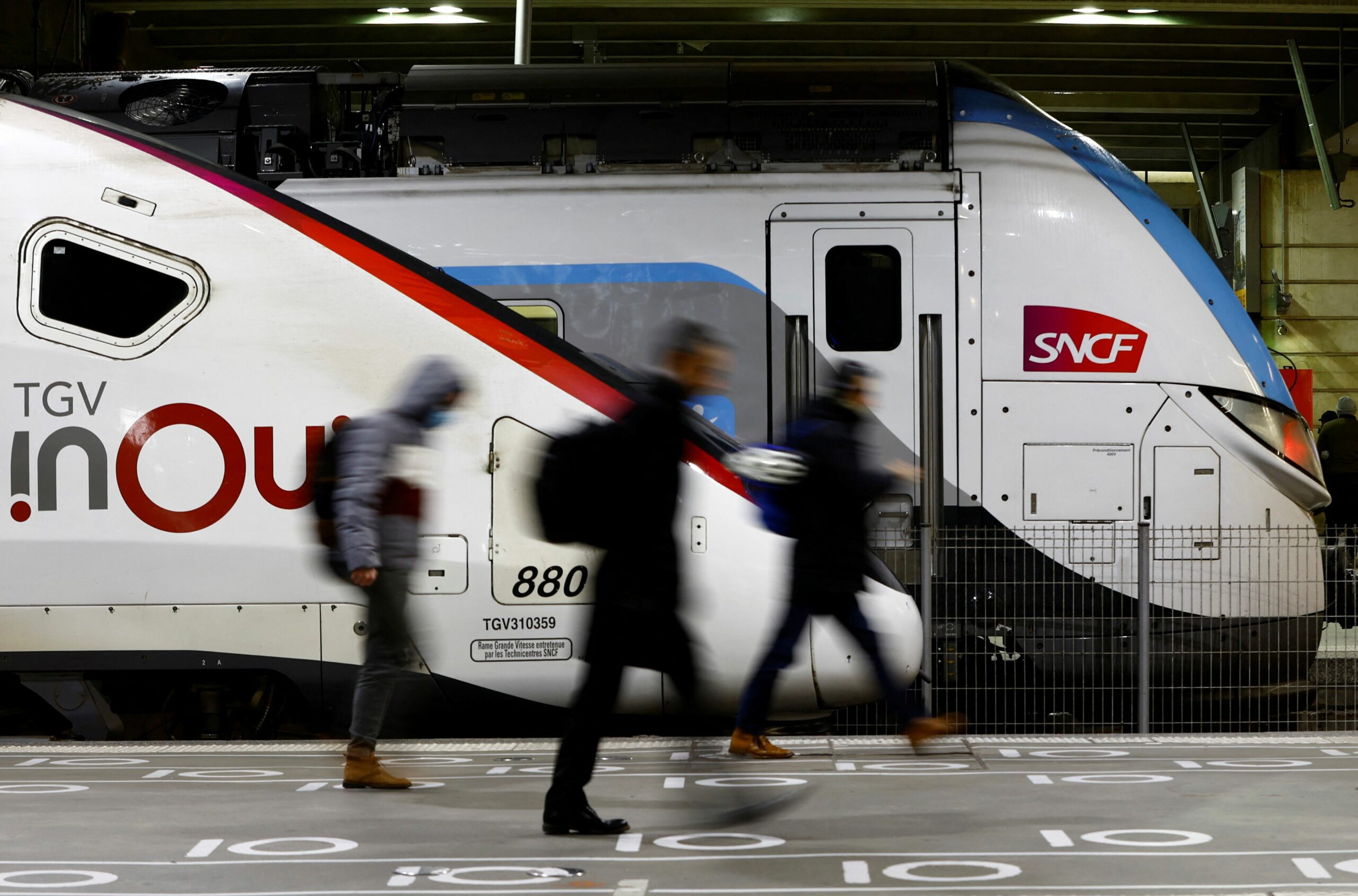 France and Germany announced a plan to strengthen their rail connections in order to offer greener travel between the two countries.

The nations “support the deployment of the high-speed train route between Paris and Berlin, as well as the night train service, both announced for 2024.”according to a joint statement released after a meeting in Paris between Emmanuel Macron and Olaf Scholz.

They also plan to create for next summer a train ticket so that young people can travel cheaply between the two countries.

The French SNCF and the German Deutsche Bahn, both publicly owned, had already announced that they planned a direct high-speed service between the capitals of both countries at the end of this year. Environmentally conscious travelers are increasingly seeking rail options to avoid flying on gas-guzzling planes, with connections like Paris-Barcelona showing strong demand.

Macron’s government has attempted to restore some of France’s overnight rail connections, such as between Paris and Nice, in the name of ecological transition, after not investing in them for years. The French president also said that he would ban domestic flights when there is a rail alternative of less than 2.5 hours, but the measure has not entered into force.

Currently it takes at least 8 hours, and often much longer, to travel between Paris and Berlin by train. Paris and Frankfurt are already connected by a high-speed train.

Macron, Scholz and their respective cabinets met in Paris on Sunday to commemorate the 60th anniversary of the signing of the Elysée Treaty, which was intended to seal post-war relations.

Scholz and Macron have reiterated their condemnation of “Russia’s war of aggression against Ukraine” and have assured that they will continue to “unwaveringly” support Ukraine “in all possible fields, including political, military, economic, financial, humanitarian, social and cultural”. “We will continue to support Ukraine and we will be by its side for as long as it takes,” they stressed.

We welcome the recent developments in the Future Air Combat System (FAS) and reaffirm our desire to move forward in the same spirit with regard to the Main Ground Combat System (SCTP).

Also in defense matters, the two presidents have reiterated their “full” commitment to the agreement signed between France, Germany and Spain on defense export controls, “a key element of our cooperation in the field of armaments.”

Russia once again threatened the West with an escalation in the war: “Sending more weapons to Ukraine will lead to a global catastrophe”

The German chancellor met Macron in Paris and promised: “We will continue to give all our support to Ukraine for as long as it takes”