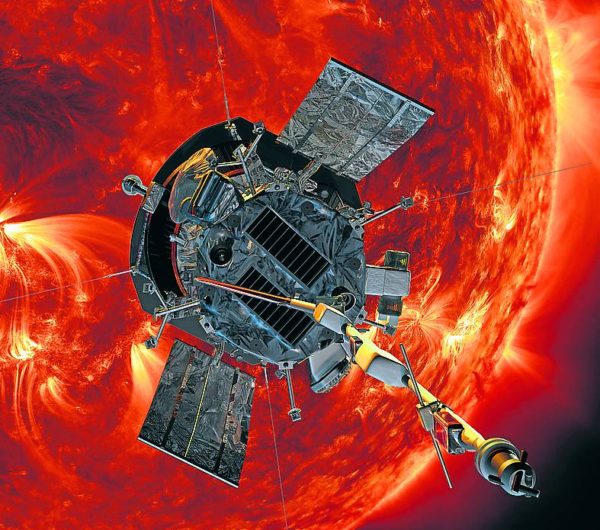 Driven by a turn beyond Venus this November 21, the Parker probe, belonging to NASA, has exceeded its own speed record, since in one of its approaches to the Sun it has managed to reach the incredible speed of 587,000 km / h consolidating its place as the fastest human-made thing after far surpassing its previous record of 532,000 km / h.

This feat has been accomplished by the probe on its tenth flight near the Sun, and it has also approached six million kilometers from the star. With this new record, this object has managed to travel the unusual speed of 163 kilometers per second, to give an example, with the current speed, this probe could go from Buenos Aires to Mexico City in 45 seconds.

To make these approaches to the sun, the probe has a heat shield that allows it to withstand temperatures of up to 1371 degrees Celsius or 2500 Fahrenheit. In addition to the above, due to its orbit, Parker is propelled with each turn to the sun, so this incredible speed will not be its maximum, on the contrary, it is expected that this object will increase its speed much more, since it is planned that in December 2024 it reaches 692,000 km / h.

The Parker solar probe makes this type of route with which it moves away to cool down and is propelled again to make the route again, this time with greater speed and closer to the orbit of the sun.

The objective of this mission is to collect information from our star with increasing precision, sending the data back to Earth through a system called ‘Delay / Disruption Tolerant Networking’.

How data from the solar probe is sent to our planet

Due to the extreme distances from the Earth to any device in space, data transmission is a complex task, the delay and the possibility of interruption or loss of data can become significant, for this reason ‘Delay / Disruption Tolerant Networking ‘(DTN) is NASA’s solution for creating reliable networking.

To communicate over such long distances, NASA manages two communication networks consisting of distributed ground stations, as well as space relay satellites that support both NASA and non-NASA missions.