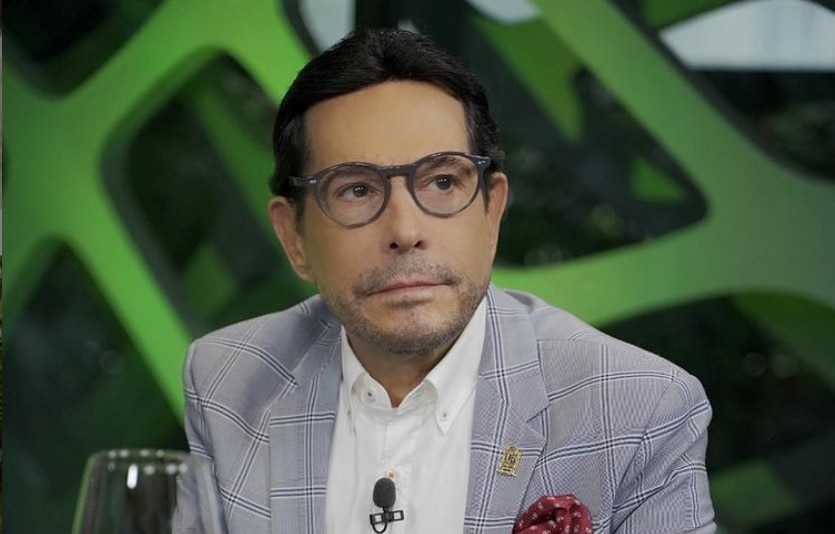 Juan Jose Origel He regretted that, despite having been working for Televisa for 27 years, he was not invited to be part of the celebrities who participated in the celebration of the 70th anniversary of the “Las Estrellas” channel and mentioned that perhaps it was not required by decision of the producer who headlined the event.

Last weekend, Televisa celebrated 70 years on the air of channel 02, also known as “El Canal de Las Estrellas”. For this occasion, the San Ángel television station prepared a special program where they talked about the broadcasts that left their mark on the Mexican public and some testimonies of the great figures of the medium who have passed through its forums were transmitted.

In this regard, Juan José Origel, also known as “Pepillo”, He regretted that the production did not consider it for the anniversary. The entertainment journalist mentioned that he has been working for the company for almost 30 years, so he believed that he would be one of those selected for this occasion, but he was not.

“Many of us were not required at Televisa’s 70 years. Of course, when there is a producer who does not love you or who is not interested in you, they will not invite you. I imagine that if it had been the producer Carmen Armendariz, she would have spoken to me”He declared on his YouTube channel.

Although the presenter did not want to reveal details about whether he has a problem with one of the producers who work on the television, he did hint that it was a latent possibility, because in the end he was not invited to the celebration. However, the native of León, Guanajuato, clarified that he was not the only one, since many artists did not receive a call.

“A lot of people were missed at this celebration. I think they should do another with producers from before, those who knew what television was like before. I have nothing against María León, but what was she doing talking about her 70 years?”He added.

By way of criticism, Origel commented that he did not like the special program because many artists who have been an important part of the television station were missing. In addition, the presenter pointed out that there were some personalities that were out of place because they had been working with the television for a short time compared to many others such as Daniela Romo, Xavier López “Chabelo” and Adela Noriega.

Juan José Origel explained that he has been working for Televisa for about 27 years at least a year, as there was an occasion in which the journalist decided to work with Pati chapoy on Windowing, but months later he chose to return to the San Ángel television station.

“What you have to have is the satisfaction of having worked in a company like Televisa for a long time, of having been part or being part of this very important company […] It has been an honor for all of us who have been at Televisa to be part of that history, of those 70 years”He continued.

“Pepillo” Origel also recalled that he started working for the company in the program Echo and took the opportunity to show an old photograph where he appeared interviewing Carmen Salinas placeholder image in a fancy restaurant.

Regarding the complicated state of health that Coahuila has been going through for a week, the journalist recalled some of the qualities that, from his perspective, characterize the famous actress who shone during the time of the Cinema of Ficheras: “Beautiful woman, hard-working, tireless, great friend”.

It was last Wednesday, November 10, when Carmelita Salinas was hospitalized after she fainted at home. A week after her hospitalization, the actress remains in a natural coma due to a stroke. Despite the complicated outlook, the impersonator’s relatives remain hopeful and continue to pray for her recovery.