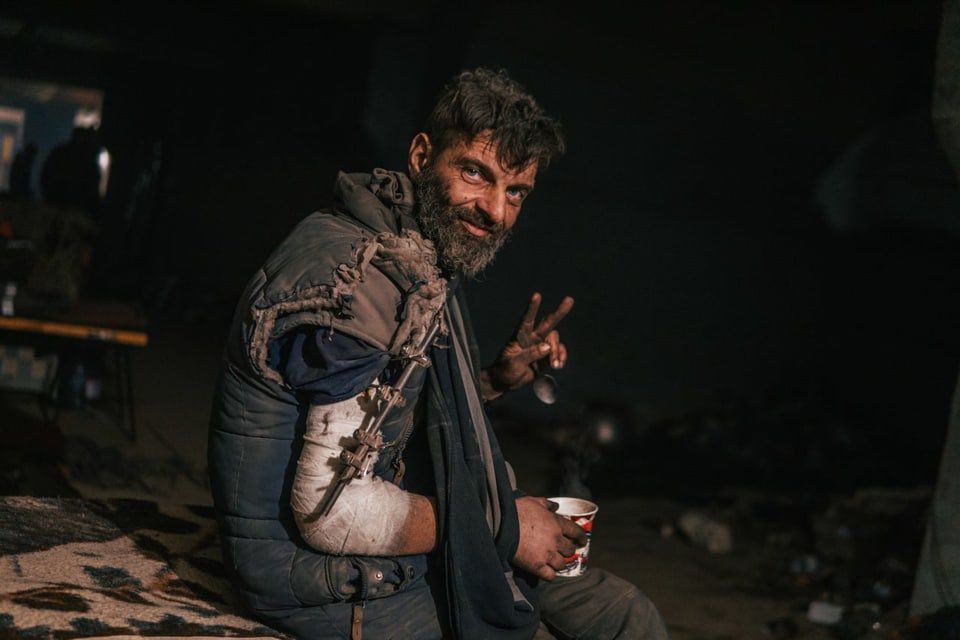 Ukraine announced a major prisoner exchange that ended months of efforts to free many of the Ukrainian fighters who defended a steel plant in Mariupol during a prolonged Russian siege. In exchange, Ukraine handed over an ally of President Vladimir Putin.

Among those released is Mykhailo Dianov, a Ukrainian soldier and musician who became iconic after becoming notorious for his obvious physical impairment after remaining in Russian custody.

Dianov was easily located because I used to pose in the photos doing the peace symbol with his left hand and later forever leaving with his right arm injured after the fighting in the war started by Putin.

Every time a new photograph of Dianov was published, his relatives grew concerned about the soldier’s physical deterioration.

The President of Ukraine, Volodomir Zelensky said that his government obtained the freedom of 215 Ukrainian and foreign citizens. He claimed that many of them were soldiers and officers facing the death penalty in Russian-occupied territories.

Total, 200 Ukrainians they were exchanged for one man: pro-Russian opposition leader Viktor Medvedchuk, who is Ukrainian. The 68-year-old oligarch escaped from house arrest in Ukraine several days before the start of the Russian invasion on February 25., but was recaptured in April. He faced the possibility of spending the rest of his life in prison on charges of treason and complicity with a terrorist organization for mediating coal purchases for the breakaway republic of Donetsk in eastern Ukraine.

Putin is believed to be the godfather of Medvedchuk’s youngest daughter. His arrest sparked heated discussions between officials in Moscow and kyiv. Medvedchuk is chairman of the political council of the pro-Russian Ukrainian Opposition Platform – For Life party, the largest opposition group in the Ukrainian parliament. The government has suspended the party’s activity.

“It is not a pity to hand over Medvedchuk in exchange for true warriors”Zelensky said in a post on his website. “It has passed all the investigative actions established by law. Ukraine has received from you everything necessary to establish the truth within the framework of criminal proceedings.” In another trade, Ukraine secured the release of another five of its citizens in exchange for 55 Russian prisoners in its custody, Zelensky added.

The Secretary General of the United Nations Antonio Guterres applauded the exchanges, which he referred to as “something not minor”, but added that “there is still a lot to do to end the suffering caused by the war in Ukraine”said his spokesman. Guterres reiterates the need to respect international law in the treatment of prisoners and will continue to support more prisoner exchanges, spokesman Stephane Dujarric said.

According to Zelensky, many of those released belonged to the Azov regiment, whom he called heroes. More of 2,000 fighters, many of them from the Azov unit, were taken into custody by the Russians after emerging from the rubble of the destroyed Azovstal steel plant in mid-May, ending a nearly three-month siege on the city. Mariupol port. Five of the released Azov commanders now live in Turkey, according to a post on Zelensky’s website.