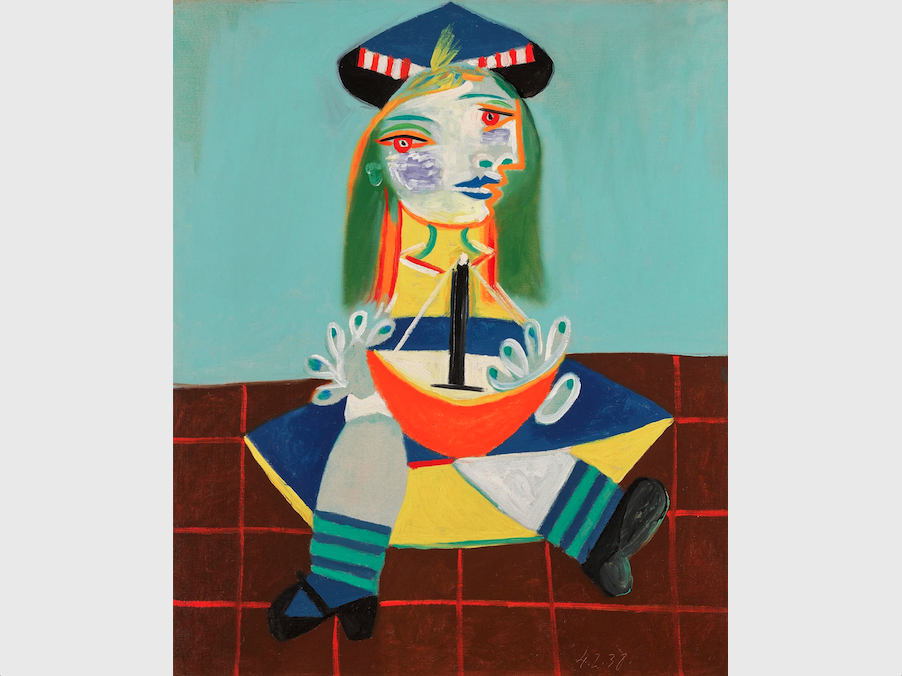 Sotheby’s estimates a starting price of between 15 and 20 million dollars.

Girl in a Boat (Fillette au bateau) by Pablo Picasso will go up for auction on March 1 in London, with an estimated price of between 15 and 20 million dollars, according to an announcement by the auction house Sotheby’s.

The painting, dedicated to the artist’s daughter, Maya, was painted on February 4, 1938, when the girl was two and a half years old.

In the painting, Picasso depicts Maya at eye level, capturing her character through implied movement, while her face is rendered with the cubist distortion that was common in Picasso’s paintings of that period.

The artist kept the painting until his death in 1973 and it later became the property of Gianni Versace, before being sold to Sotheby’s in 1999 as part of Picasso’s collection of 25 works.

Girl in a Boat is the first portrait of Maya to come up for auction since 1999, the company notes.

Picasso painted 14 portraits of Maya, the most important series he dedicated to any of his children, in which his joy as a father finds a moving expression in his joy as an artist.

The reappearance of the work on the market coincides with the death of Maya Ruiz-Picasso on December 20, 2022, at the age of 87.