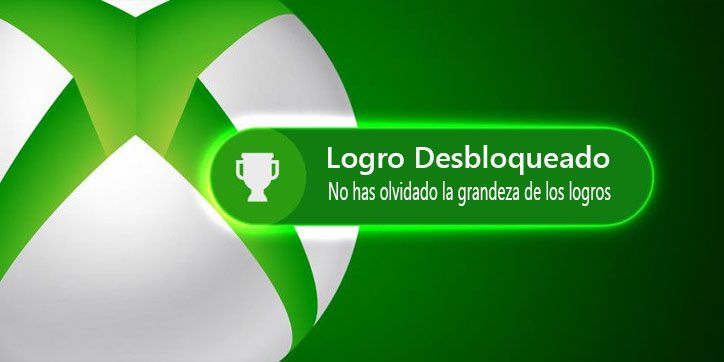 Jason Ronald, Director of Project Management at Xbox, commented on the latest episode of the Iron Lords Podcast the ability to see new features in the traditional Xbox achievements tool.

Microsoft celebrated its 20th anniversary this month in a big way; but once aware of its past, the company looks to the future: faced with the possibility of acquiring some features of the PlayStation Platinum Trophy, on Xbox they admit to having listened to the comments of the players.

Sony‘s idea was always clear: On PlayStation, when you completely finish all objectives in a video game, the system recognizes you and awards you a Platinum Trophy. As of today, the big heads of Xbox have nothing to announce at the moment, but users will definitely be appreciating the possible news in the future.

In this regard, Ronald explains that there are users who play only in multiplayer while others only play the campaign mode. Others are very comprehensive or just round out the basics. The goal of Xbox is that everyone can be rewarded in one way or another, in order to find a balance.

“It is definitely an area where we have heard some comments. There is nothing to announce for now, but it is something that we have very much in mind for the future“, Sentence, without specifying that they are going to incorporate a final prize”, explains Ronald.

In the past the sound of a feat was essential to generate emotion in its users, but now for many of the people they already need to feel this feeling of being awarded again. It has long been said that Redmond is considering redesigning them, but sadly the idea was forgotten.

The thing is, Microsoft is still thinking about improving them especially after some fan requests on Uservoice. One of the suggestions to get the most power is to take something similar to what the Playstation has with its titles where if you complete 100 games you get a “Platinum Trophy” that distinguishes it from the rest of the other players.

However, it does not appear that Microsoft is considering this type of supplement at this time. Jason Ronald commented on the Iron Lords podcast that this may not be the add-on we’re hoping for, but they are definitely doing work to improve Xbox achievements:

“We have definitely heard that feedback. The achievements are interesting because everyone plays games differently. So we really thought, how do we reward people for playing the way they want and with the games they want?

There are some players who simply prefer to play multiplayer. What are we doing to reward them and show their progression and things like that? There are other people who like to play tons of different gamesSo how do we go ahead and respect that investment? And then there are other people like me who am a completionist and I literally want to complete everything within one game.

It is a balance to consider and it is definitely an area that we have heard some comments about. There is nothing to announce today, but it is definitely of the utmost importance to us as we look to the future. ” Ronald explained.

Advantages of being an Xbox user: Kinect sensor and Halo, among the highlights

When Microsoft announced to the world that it was getting into the home entertainment business, gamers weren’t thrilled with the news. Yet in twenty vibrant years, Xbox has interrupted the frenzied chaos of the gaming industry play with everything it has to offer.

Gamers and fans love to debate the best console, but Microsoft, Sony, and Nintendo are each good in their own right. Nevertheless, There are a number of perks to being an Xbox fanatic that gamers can’t get anywhere else.

If you want to know 7 advantages and read the full note, enter this link.

When Halo launched for Xbox in the early 2000s, it revolutionized first-person shooter games and created a loyal fan base. Halo has been so successful that it has modernized many of the features that gamers love and expect.

2. The Xbox has the Kinect sensor

When the Xbox One was announced, Microsoft decided to include the Kinect with the console. Not only does this save Xbox fans money, but it also allows gamers unfamiliar with the game.

3. Rare video games are the property of Microsoft