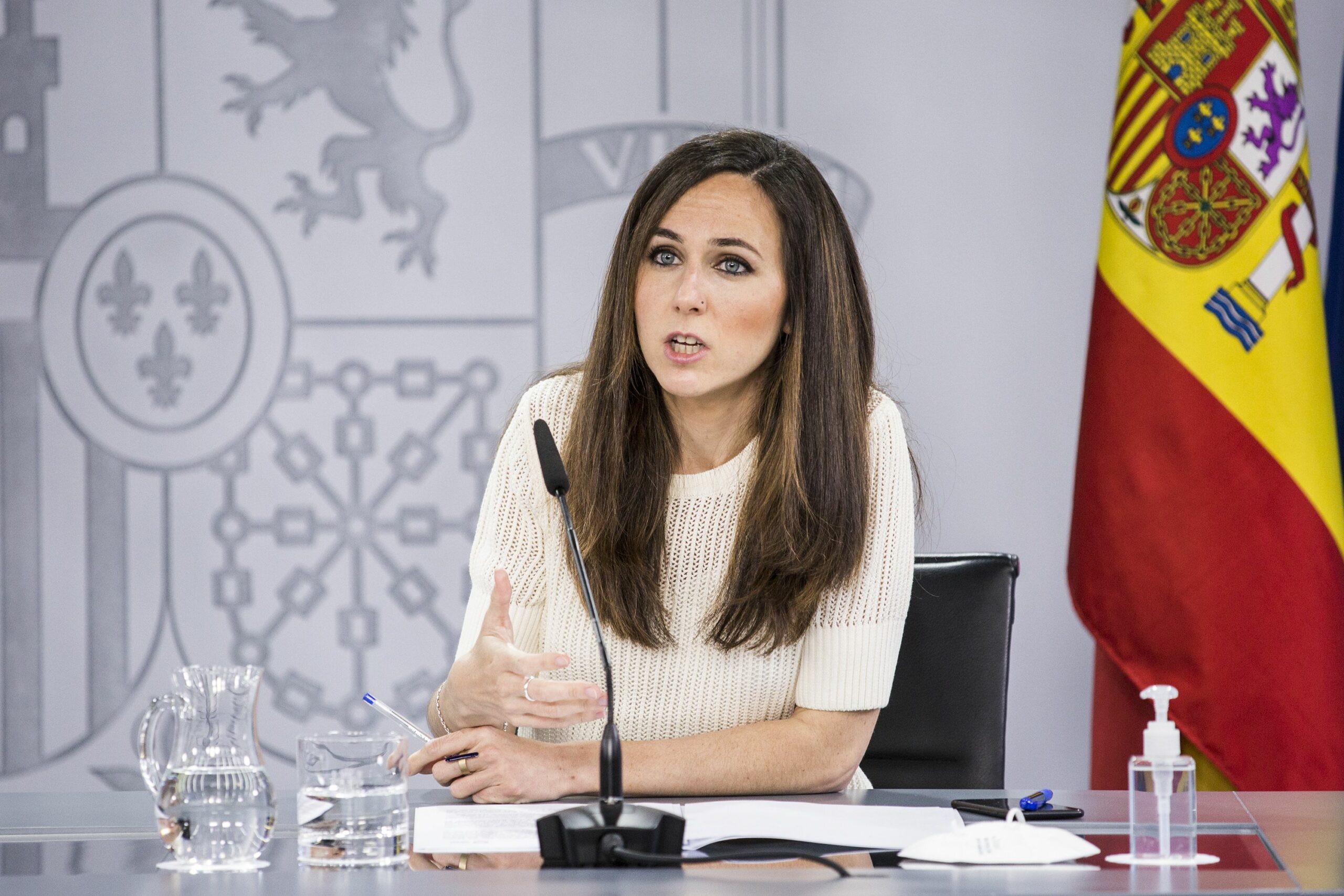 The general secretary of Can and minister of Social rights, Ione Belarralaunched today in Madrid one of the main formation proposals for the new electoral cycle, such as the deployment of a Guaranteed income of between 700 and 1,400 euros per month from the age of 18.

As they have explained to Europe Press sources from Podemos, Belarra will defend that this new benefit for which Podemos is committed must “transcend” the current Minimum Vital Income (IMV), with an amount significantly higher than the current aid in order to “end poverty and reduce situations of inequality ” in Spain.

The left-wing group assures that it is an ‘iconic’ proposal of the formation that seeks to guarantee “a floor of income for all citizens in an agile way in situations of scarcity of income” and that it already transferred in 2019. So, the approach de Podemos four years ago moved between 600 and 1,200 euros, but now Belarra raises that amount both in the minimum and in the maximum tranche.

Thus, the minister will publicly present the update of this measure, which will be included in the framework program for the municipal elections and which will also be promoted for the general ones, in an act with the Secretary of State for Social Law and economic manager of Podemos, Nacho Álvarez , and the United We Can candidate for the Presidency of the Community of Madrid, Alejandra Jacinto.

The social plan would be 700 euros for a single person, while a household with two adults and two children would receive that maximum of 1,400 euros per month.

In addition, the purple ones bet on the simplicity for its processing and reception by the beneficiaries. To do this, it suggests that It can be requested from the age of 18 if less than 2,100 euros are deposited in the three previous months. In this way, the objective of Podemos is that it be an “agile measure capable of dealing with urgent situations”.

SUPPLEMENT FOR EMPLOYEES WITH PARTIAL EMPLOYMENT

It also conceives this guaranteed income as a support for workers, since it is also conceived as an incentive that would be added to the salary of employees with less income.

For example, Podemos’ approach is that a single person who is partly employed and with an average salary of 600 euros, would continue to receive 400 euros of guaranteed income, with which their total income would be 1,000 euros.

In turn, the idea of ​​Podemos is that it especially favors the autonomy of young people and women, since the payment of the rent corresponding to a household will be divided among all adults equally, instead of being assigned only to one owner.

Another focus of this benefit is that it serve as a complement to childhood, since each person under 18 years of age will receive an additional 100 euros.

Already in 2019, Álvarez himself explained in an interview with Europe Press that a guaranteed basic income of between 600 and 1,200 euros would have a cost of between 10,000 and 12,000 million euros. And in order to meet these payments, he proposed fiscal measures to finance it as a tax on the great fortunes of between 2 and 3 percent.

Belarra did not detail how these large fortunes would be taxed and only spoke of “an ambitious tax reform so that the rich pay what corresponds to them.” In this regard, he has pointed out to some of the great fortunes of the country, such as the top managers of Banco Santander, ACS or Mercadona: “It is not decent that there are people like Ana Patricia Botín who swim between 500-euro bills when there are people who sleep on the street in Spain; It is not decent that Florentino Pérez is getting richer when we have women who cannot leave the house of his abuser because he does not have economic independence.