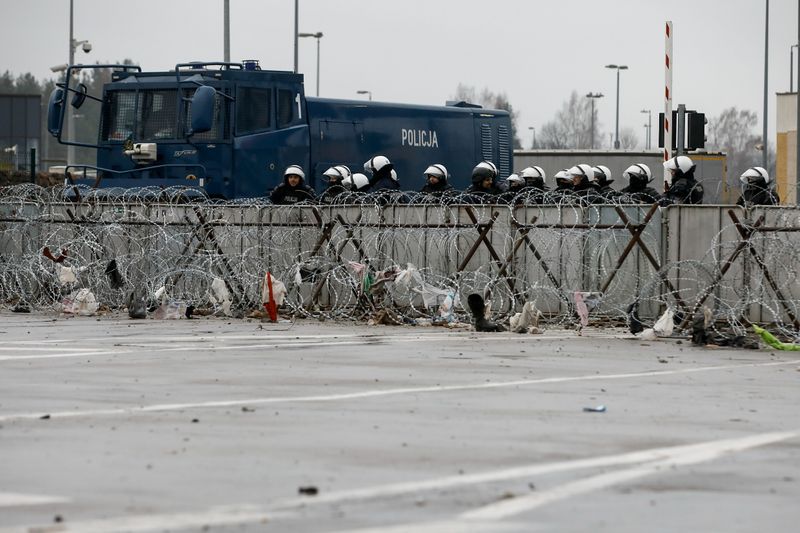 The authorities of Poland denounced that Belarus has changed tactics in the crisis between the two countries and is now taking smaller groups of people to various points along the border.

Western countries accuse Belarus of fabricate this crisis by bringing in migrants, especially from the Middle East, and taking them to the border promising them that they will be able to cross it easily and enter Poland and therefore the EU. Belarus denied these accusations and reproached the European Union for not accepting the migrants.

On Friday, Belarusian dictator Alexander Lukashenko declared to the BBC that it was “entirely possible” that his security forces had helped people to enter the EU, but he denied that it was an orchestrated operation. “We are Slavs. We have heart. Our troops know that the migrants are going to Germany, maybe someone helped them (…) but I have not invited you here”, He assured.

On Friday, the Council of Europe Commissioner for Human Rights, Dunja Mijatovic, demanded that Poland stop forwarding migrants who manage to enter from Belarus.

“I have heard terrible testimonies, from extreme suffering of desperate people that they spent weeks or months, in sordid conditions, on the edge, in the cold and humidity of the forest due to these rejections, “he said in a statement.

According to the Polish media, at least 11 migrants died since this crisis began, this boreal summer.

This Saturday, the Polish border authorities reported various attempts to cross the border illegally and throw stones and flares from Belarus.

The Belarusian regime has ensured that large camps on the border are being vacated, but the Polish minister considers that this corresponds only to the change of tactics to distribute pressure at various points along the border.

“Now Belarusian migrants and services have adopted a new method. Smaller groups of people are trying to cross the border in many places“, said. “There is no doubt that these attacks are directed by Belarusian services,” added Mariusz blaszczak.

In total, they were officially registered 195 attempts to cross the border illegally. On the other hand, the police reported the arrest of nine suspects of organizing human trafficking. Among the detainees there are four Poles, two Ukrainians and a German of Azerbaijani origin who were together with 34 refugees.

In Warsaw, Hundreds of people expressed their disapproval by asking “Save the people at the border!” and yelling that “Nobody is clandestine.”

In Hajnowka, a city on the Belarusian border, members of the group “Mothers on the border” rallied in support of the rights of exiles.

In addition, a representative of the World Health Organization (WHO) arrived at the scene to help organize medical support for migrants, according to the Belarusian Minister of Health.

The foreign minister of Yemen indicated that it was working on the repatriation of its nationals, eight in Belarus and nine on the Polish side.

Thursday, Belarus registered the presence of 7,000 migrants on its territory. Some 400 were repatriated by plane to Iraq on Thursday and 2,000 sheltered in the hangar of a logistics center near the border.

With information from EFE and AFP

The United States denounced Russia‘s actions in Ukraine: “We are very concerned”