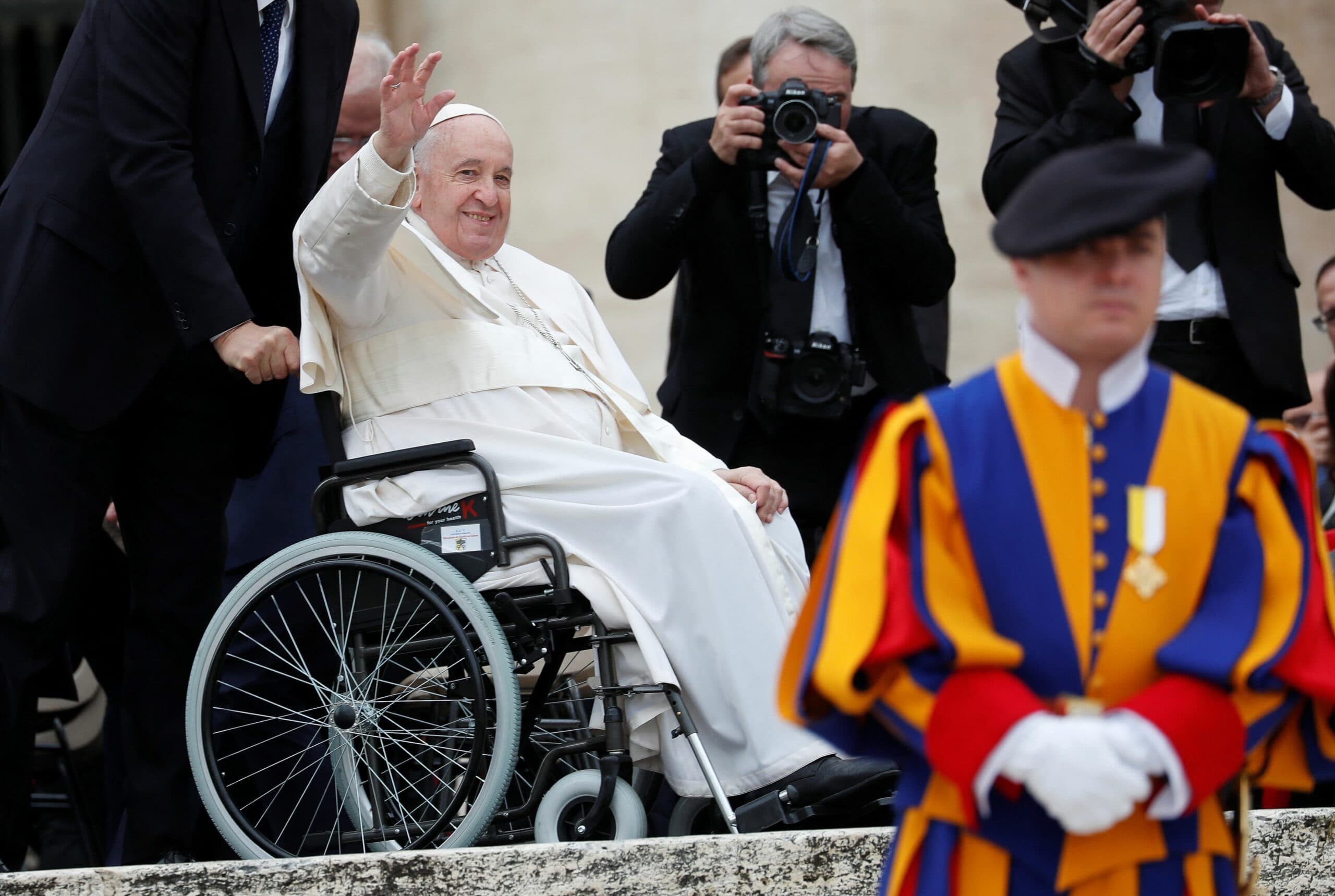 The head of Atlético de Madrid’s medical services has been called to help the Pope Francisco with a knee problem that has been dragging on for a long time, as reported by the COPE chain of the Spanish Episcopal Conference on its website.

Is about Jose Maria Villalonwho was summoned by the Vatican as part of a group of specialists requested by the Vatican embassy in Spain and the Spanish bishops to see if he can offer solutions that do not involve surgery.

The Pope often has to use a wheelchair or cane Due to this problem. As Villalón explained, the 85-year-old pontiff suffers from arthritis, which causes inflammation of the joints and limits his movements.

Francisco is “a charming patient and very stubborn in the sense that he does not want certain surgical proposals”, Villalón said at COPE. “He has a great personality, he is fine, he is very lucid, he is a very grateful man, very nice, very nice. Also he likes football and we were able to talk about it”.

Also, he said he felt “nervous” at the “responsibility” of dealing with the Catholic leader. “It is an honor to have this patient and above all a responsibility because he is a world figure,” said Villalón.

He added that there were additional difficulties because Francisco is not an ordinary patient and has a very tight schedule of activities. “But I’m optimistic,” he said. “The Pope can be helped.”

The Pope has had to cancel or reduce his activities several times in the last year due to pain in his right knee.

Born in Buenos Aires, he is an avid supporter of Argentina‘s San Lorenzo and enjoyed playing goalkeeper in his youth.

(With information from AFP and Ansa)

Elon Musk lost an immense fortune for Tesla: is he still the richest man in the world?