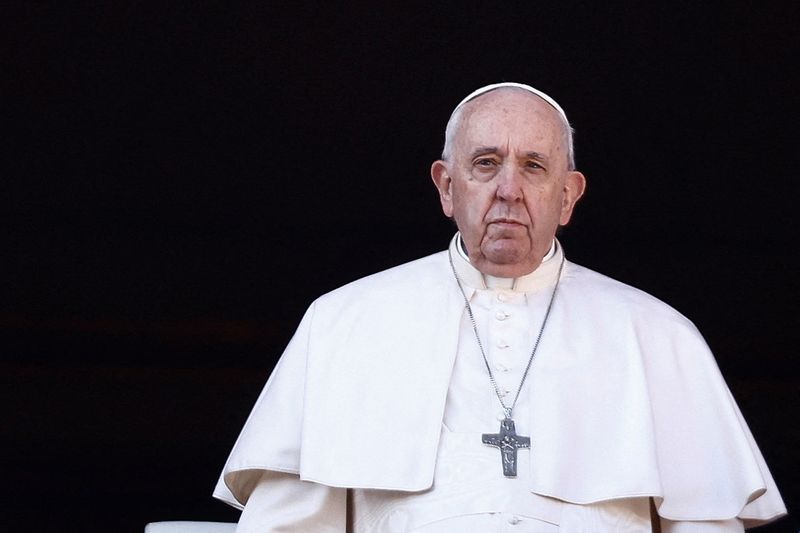 The Pope Francisco withdrew the clerical state from a French religious of the Brothers of Saint John, Benoit-Emmanuel Peltereau-Villeneuvewho had been denounced for “serious sexual assaults,” his congregation announced on Tuesday.

“Pope Francis has decided to remove Benoît Peltereau-Villeneuve from the clerical state without the possibility of appeal or recourse,” the Brothers of St. John said, noting that the decree was signed in December by the Dicastery for the Doctrine of the Faith (CDF) of the Vatican.

The Brothers of San Juan “take note of this expected decision and that puts an end to years of long and painful procedures for the people affected,” they added.

The CDF had already issued this sentence in 2011, but the religious had appealed, according to the congregation.

The accusations, which date back “to the 1990s in the case of the oldest”, “are numerous and serious”, in particular “in the context of the spiritual accompaniment of the sisters of San Juan and of the women of legal age,” according to the congregation.

Peltereau-Villeneuve had been prior (superior of a convent) in Geneva for 12 years and organizer of important events, such as an international festival of music and sacred art, according to the same source.

In 2008, “following some complaints, the Bishop of Geneva relieved him of his ministry and denounced him before the Swiss courts,” which filed the case by prescription, according to the Institute.

According to this source, the cleric also filed a complaint with the European Court of Human Rights (ECtHR) against Swiss justice and, in 2014, the ECtHR condemned Switzerland for violating the presumption of innocence.

The Brothers of San Juan have about 450 religious, apostolic present on the five continents.

On the other hand, the Pope Francisco was in favor of introducing psychological itineraries in seminaries that prepare future priests as a method to prevent sexual abuse of minors.

“In my opinion, it is very useful. For all that has happened; clergy sexual abuse of minors has dramatically highlighted this problem. It is necessary to know, before priestly ordination, if there are inclinations to abuse”, the Pope assessed in a conversation with the Italian psychotherapist Salvo Noè who prefaced the book ‘La paura come dono’ (‘Fear as a gift’), by the Editorial San Pablo and published on January 25.

In his opinion, if they are not recognized, these problems can have “devastating” effects. In the same way, he appreciates that the seminary is not “a refuge” for the “many limitations” that people may have, nor for “psychological deficiencies”. “Along with the other teachings and spiritual paths, having a psychologist as a guide in personal maturation can be helpful. All this to understand the aspect of human and Christian maturity and Christian maturity and possible problems of a psychological nature, ”he says.

In this way, in the text, to which he has had access Europe Pressreveals that in the past he has met priests who “were not very convinced of his choice”. For the Pontiff, the formation of priests must activate “awareness of vocation”. “It is better to lose a vocation than to take a risk with an insecure candidate”, he stresses.

Pope Francis spoke about the protests in Peru: “No to violence, wherever it comes from”

With harsh criticism of Pope Francis, the memoirs of Benedict XVI’s secretary revive scandals in the Vatican