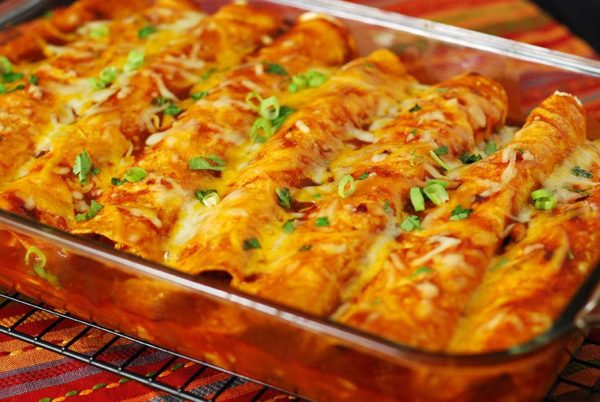 Currently, the pipián is one of the dishes with an extensive range of variants in Mexico and one with the most striking colors.

On a comal roast the pumpkin seeds, peanuts and sesame seeds; try not to stop moving so as not to toast too much; withdraw and reserve.

On the same comal, roast the tomatoes until they are cooked, toast the spices (cumin, allspice, cloves and cinnamon). Reservation.

In a pot with hot butter, fry the onion with the garlic, without burning too much. Brown the bread on both sides, remove until you get the desired color.

Add more butter and fry the chilies lightly, to prevent the preparation from turning sour; Pour in the chicken broth, cover and cook for 8 minutes.

Blend the chilies together with the onion, garlic, tomatoes, seeds and toasted spices, you will obtain a thick and reddish mixture. Reservation.

In a pot with hot butter, pour the sauce that you blended, add chicken broth and salt. Cook for 12 minutes over low heat. Reservation.

For the enchiladas, in a pan with hot oil, lightly fry the tortillas, drain and bathe with the pipián sauce on both sides (if you wish you can use a brush).

Fill with the shredded chicken, close and repeat with all the tortillas and until the filling is finished.

In an extended plate pour a little red pipián, place the enchiladas, decorate with the cream, lettuce, cheese and radish to taste.