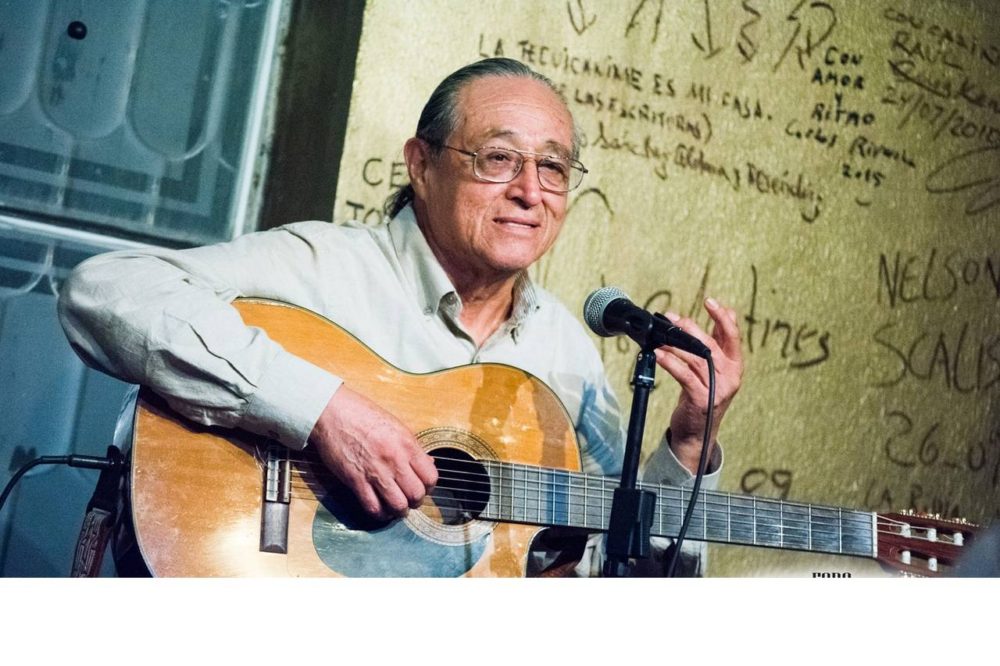 Troubadour, social fighter, minstrel, composer of the town, Gabino Palomares has a great career, but the best thing is to hear him sing on stage, and the San Luis public will have the opportunity to witness the show that reflects his controversial theme that goes from the social to the the loving, going through Mexican and Latin American folklore, urban song and humor, which will be presented this Sunday, November 27 of this year, at 6:00 p.m., at the Cineteca Alameda.

Today Gabino Palomares continues to be a left-wing militant and activist, within his repertoire of songs he has always reflected his countercurrent thinking, his singing talks about human values ​​and thus confronts the powerful voices of emptiness, violence, corruption, injustice and lies, and is found in his book:

One Hundred Songs of Love and Homeland, edited by Pluralia Ediciones e Impresiones y Ediciones del Lirio, which reflects the compositions he has made in the 50 years that have passed since he began his work as a composer and singer, this compilation aims to generate concern and analysis of our problems as individuals and as a society.

As part of his artistic career, he has shared the stage with artists of international stature such as Amaro Ochoa, Tania Libertad, Oscar Chávez, Alí ​​Primera, Luis Eduardo Aute, Joan Manuel Serrat and the recently deceased Pablo Milanés, also a social fighter and defender of the Cuban Revolution, to whom on this occasion, the honoree will pay a heartfelt tribute, performing some of his most enigmatic songs.

His tireless social and artistic work, in favor of the revolution of consciences and values ​​as a daily struggle to advance as human beings, as a community and nation, leads him to sing in all kinds of settings, from universities, unions, popular neighborhoods and public squares, to the highest stages of the Mexican capital:

Palace of Fine Arts, National Auditorium, Teatro de la Ciudad and Palacio de los Deportes, has obtained multiple recognitions for his artistic career, which he has developed uninterruptedly, among the most prominent we can count the following: “Medal of Artistic Merit 2008”, Award National Carlos Montemayor, recognition of his solidarity work granted by Chilean President Michelle Bachelet and the “Sentiments of the Nation” Medal.

Their songs, and in particular “La maldición de Malinche”, have been sung by artists from other countries and translated into various languages, which shows that they have ceased to be local compositions to become pieces of the people.