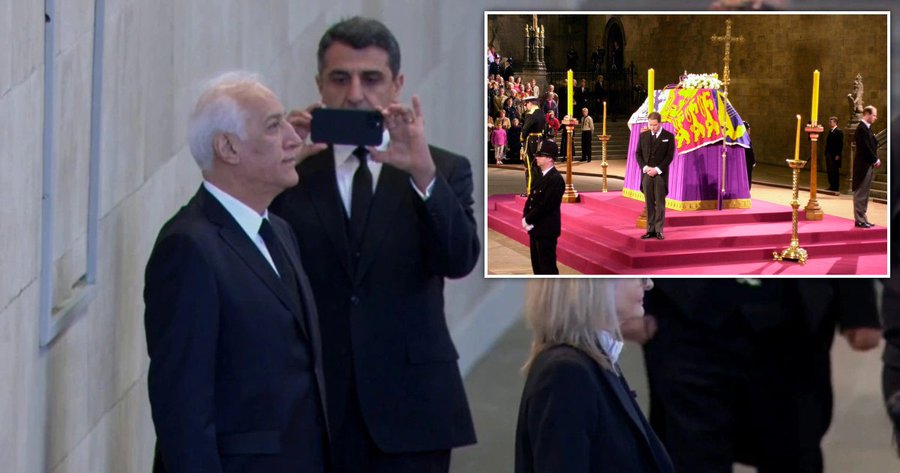 The only rule to enter was not to use the cell phone and much less take pictures.

The funerals and tributes for the death of Queen Elizabeth II came to an end this Monday, September 19, after a mass in her honor celebrated in Westminster Abbey, and her subsequent burial in the Chapel of Saint George next to her father the King George VI and her husband the Prince of Edinburgh.

Throughout the 11 days of solemnity and protocols, moments were experienced that were not planned, an example of this was the fainting of one of the members of the royal guard during the vigil for the monarch, or the attempt of a citizen to touch the coffin.

However, one of those that caused the most controversy was that of the president of Armenia, who, breaking the rules, took a photograph inside the enclosure where respects were paid to the sovereign.

Tens of thousands of people flocked from last Wednesday to Sunday to the Burning Chapel, in Westminster Hall, the predecessor ship of the two chambers that comprised the Parliament of England.

In this place the remains of Queen Elizabeth II remained so that the people and visitors from all over the world could say goodbye to the representative of the British crown for seven decades. The main rules that those attending the venue must comply with was the prohibition of the use of cell phones. Therefore, it was surprising that the president of Armenia, Vahagn Khachaturian, was caught taking a picture.

Various media outlets had the opportunity to uninterruptedly transmit the displays of affection from the population, for which the official visits of dignitaries were also recorded.

Thanks to this, the camera captured the moment when a member of the Armenian president’s entourage takes out a cell phone and takes a picture of the president while he bows.

The foregoing caused strong criticism, however, there has been no statement on his part in this regard. According to one provided to ‘The Sun’ by members of the organization “all attendees were able to comply with the rules to the letter, except for that person.”