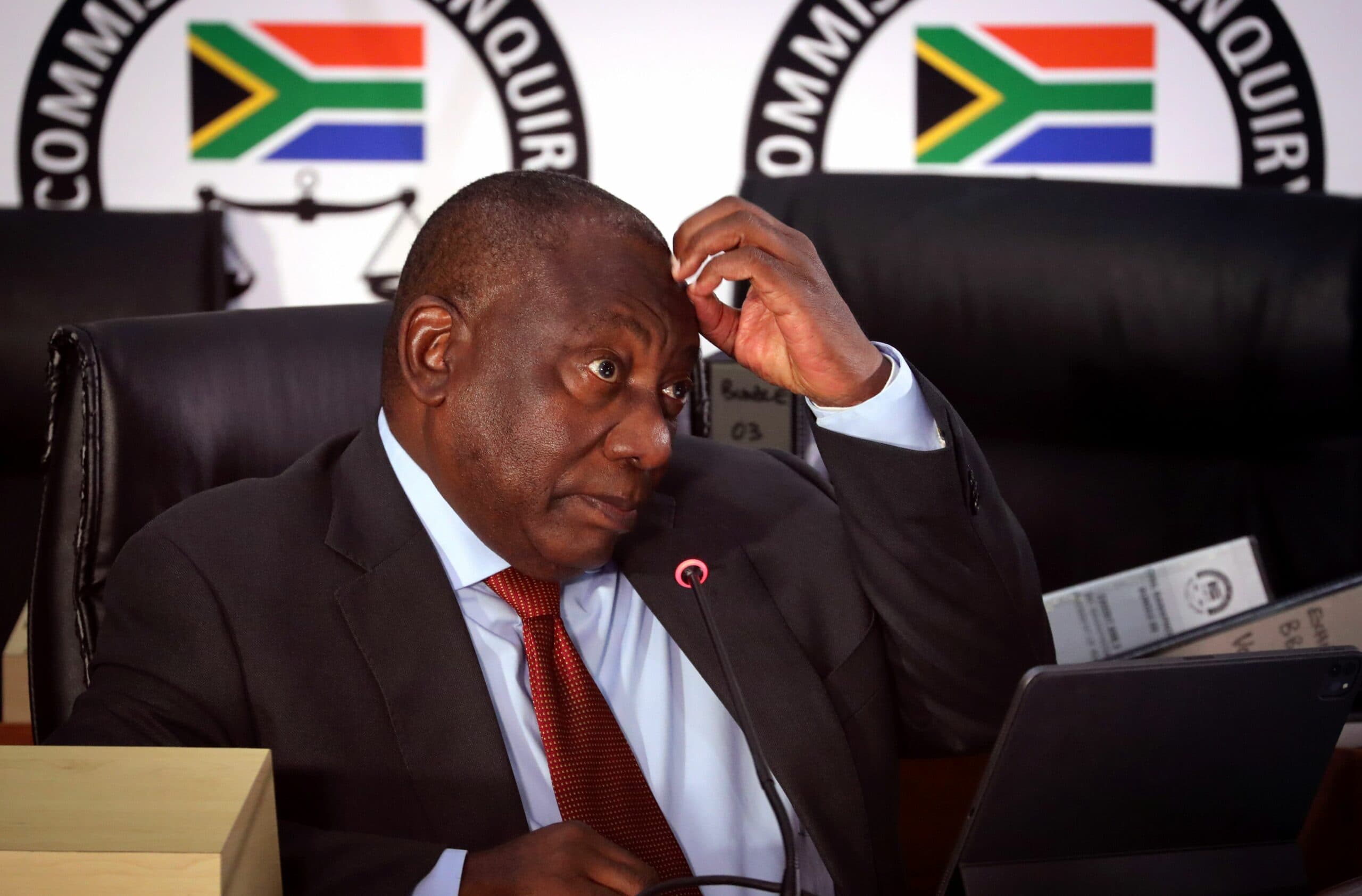 An independent panel appointed by the South African Parliament found evidence that the president Cyril Ramaphosa he was able to violate anti-corruption laws in the scandal of the millionaire robbery at his farm in Phala Phala (north), according to a report published this Wednesday.

The three-member panel, led by former Constitutional Court President Sandile Ngcobo, was appointed last August by the Speaker of the National Assembly (lower house of Parliament), Nosiviwe Mapisa-Nqakulato discuss the motion filed against Ramaphosa by the opposition African Transformation Movement (ATM) party in June this year.

The ATM called for a parliamentary investigation into the dismissal of the head of state in connection with the aforementioned scandal.

After the report of this Wednesday, Parliament will examine the report and decide whether to go ahead with impeachment proceedings next weekjust days before Ramaphosa faces a crucial internal party election.

The ATM accuses Ramaphosa, among other charges, of breaching the Constitution, which prohibits members of the Government from performing other paid professional work, after the president admitted that he is dedicated to the sale of prey animals, by ensuring that the amount stolen came from that business (where cash payments are common) and not from a money laundering operation.

The panel, which delivered its report to Mapisa-Nqakula today, noted that, “in light of all the information presented,” this information reveals “prima facie” (“at first sight”) that the president may have committed a “violation serious” of various anti-corruption laws.

Ramaphosa may also have engaged in “serious misconduct” by acting in a manner “inconsistent with his office.” and exposing himself to a situation that involved a “conflict between his official responsibilities and his private affairs.”

Article 89 of the Constitution allows for the removal of a sitting president for reasons of a serious violation of the Magna Carta, misconduct, or inability to perform the duties of office.

“I categorically deny that I have violated this oath in any way, and likewise deny that I am guilty of any of the charges against me,” Ramaphosa responded in a statement issued by the South African Presidency.

The scandal erupted last June, when the former head of the country’s intelligence agency, Arthur Fraserfiled a lawsuit against the head of state, whom he accuses of hiding from the South African Police and the Treasury a theft of almost 4 million euros hidden on his farm in Phala Phala on February 9, 2020.

The charges also include allegedly kidnapping the thieves and attempting to bribe them to hide the theft.

On June 21, the main opposition party, the liberal Democratic Alliance (AD), announced that it had asked the US Federal Bureau of Investigation (FBI) to investigate the case.

The South African presidency already denied Fraser’s accusations in June and confirmed that a robbery took place that day – without specifying the sum -, clarifying that it occurred while Ramaphosa was participating in an African Union summit in Addis Ababa.

“President Ramaphosa remains determined to lead the fight against corruption, restore the integrity and capacity of public institutions, and overcome the legacy of State Capture, and will not be dissuaded by disinformation campaigns,” the Presidency said at the time. it’s a statement.

The so-called “State Capture” is a major investigation into the alleged corruption that took over the South African public apparatus while Ramaphosa’s predecessor, Jacob Zumawas president (2009-2018).

Ramaphosa came to power in 2018 vowing to root out post-Zuma-era corruption.

Amid this investigation, he will face elections on December 16 in his bid for a second term as chairman of the deeply fractious African National Congress party.

That position, as head of the dominant party in parliament, is also key to his survival as the country’s president.

The Islamic State announced the death of its leader, the Iraqi Abu Hasan al-Hashimi al-Qurashi