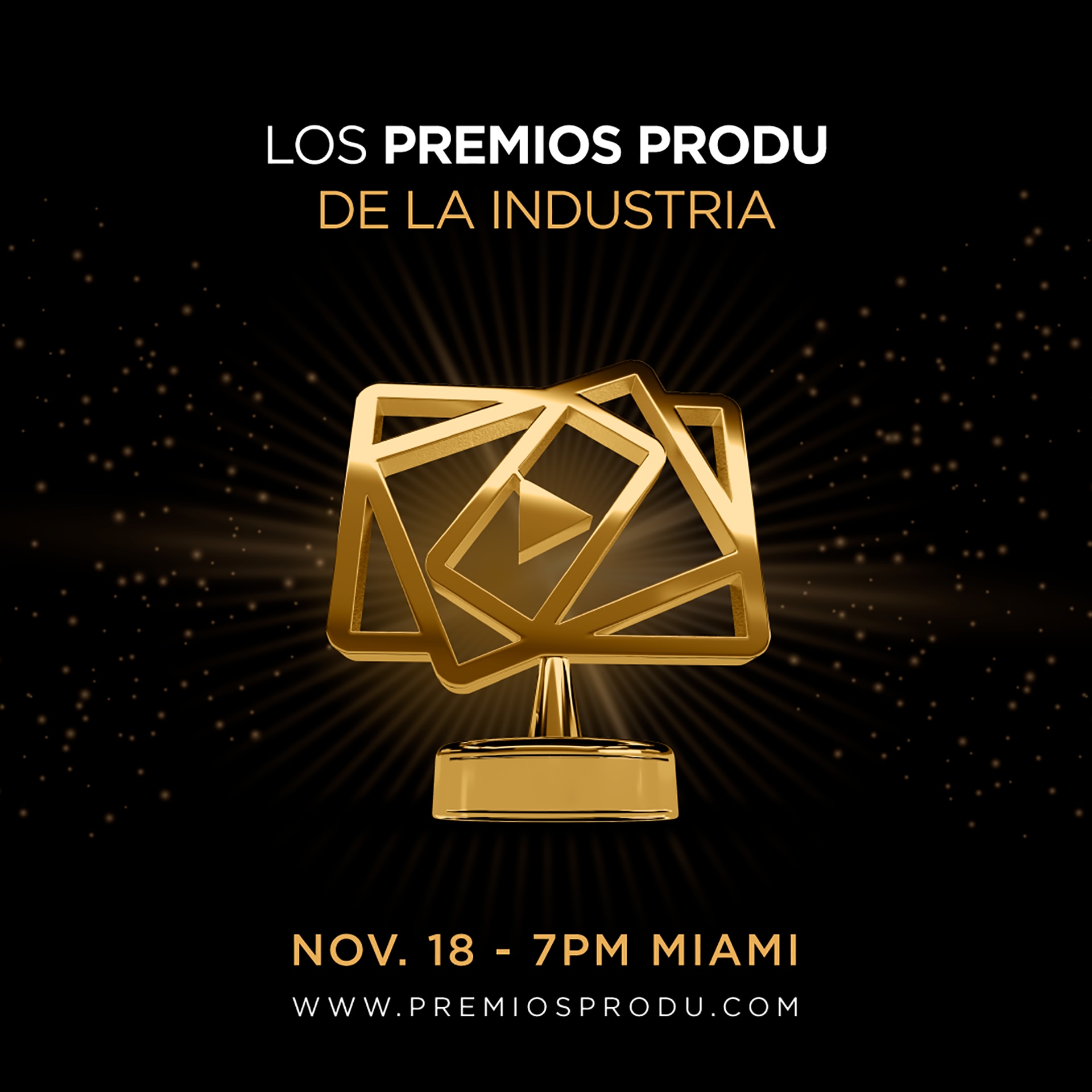 The PRODU Industry Awards from PRODUAWARDS on Vimeo.

This Thursday, November 18, the fifth edition of the Produ Awards, which takes place in person in Cancun, Mexico, at 7 p.m. (Miami time) and can be seen via streaming. There will be winners in 17 categories, as well as special recognitions for leading executives in the audiovisual industry in Latin America.

With a completely innovative format, the awards did not have a traditional presenter, but were revealed using audiovisual tools and pre-recorded clips that presented all the nominees.

These awards are the only ones in the industry that seek to honor excellence in Latin and Spanish production and promote it around the world. The nominees and eventual winners are evaluated by a jury of more than 400 executives, producers, directors, distributors, creatives, programmers, consultants, managers, talents, marketers and the most prominent members of the audiovisual industry.

In a world transformed by the pandemic, this award is reaffirmed as the industry meeting place, where the most relevant companies and their leaders converge: is the key industry networking medium in the region.

The category that started the ceremony was Best Microseries. The prize of led him The Kirlian frequency (Netflix / Flixxo, Tangram Cine) from Argentina, while Central Soccer (TUDN / TUDN) from the US and Mexico did it as Best Sports Program: “This award is a recognition of teamwork and the search for perfection,” said the creators.

On the other hand, the second delivery of the Produ 2021 Awards will take place on December 1 and 2 in a virtual Gala in co-production with TOAC, producers of Miami Fashion Week, along with Antonio Banderas.

The Produ Awards Gala will have a duration of 50 hours of live streaming in which 39 categories will be delivered. The driving will be in charge of the supermodel Valeria Mazza, from the journalist Boris Izaguirre and the famous television host Alan Tacher.

It was also announced that a one-hour special on TV will be broadcast on different channels in Latin America, the United States and Spain.