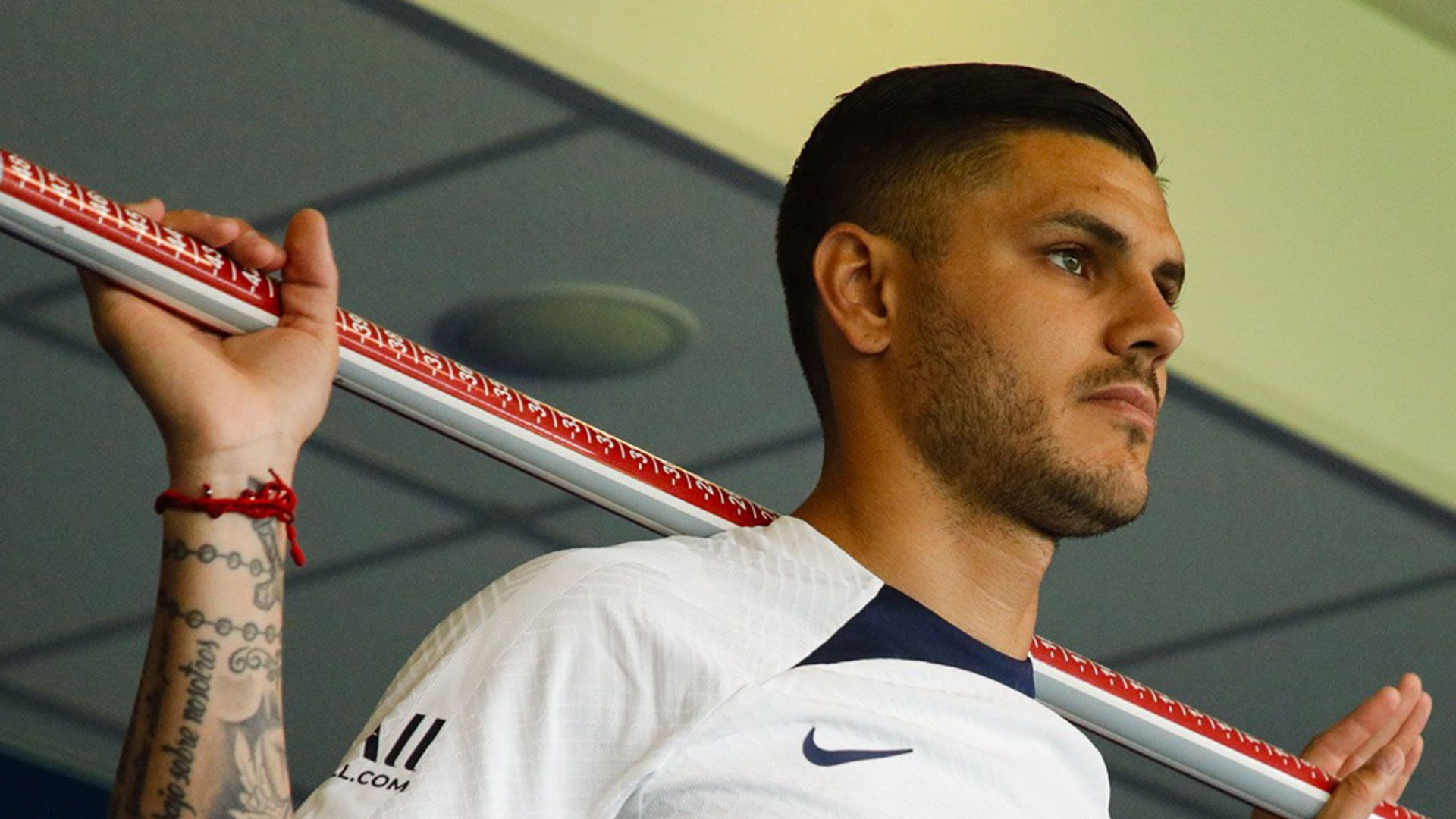 Paris Saint Germain made a strong decision for this season since the arrival of Luis Campos as the new football manager and Christophe Galtier as technical director to replace Brazilian Leonardo and Argentine Mauricio Pochettino, respectively. From day 1 the intention of the institution is to reduce the number of professional footballers in the first team.

To carry out this purification, the Parisians created a list of “undesirables” (name used by the French press to refer to these footballers who train separately from the group), which includes players of the stature of Julian Draxler, Rafinha, Ander Herrera, Layvin Kurzawa, Thilo Kehrer, Idrissa Gana Gueye, Edouard Michut and Eric Junior Dinah Ebimbe.

However, as reported L’Equipe Y RMC Sports, Another weighty name was added to this list: Mauro Icardi. In this way, the Argentine, who was not summoned for the Ligue 1 debut, was marked as the exit door of the club.

The man from Rosario, despite the imminent departure of Arnaud Kalimuendo for Rennes, seems not to be part of Galtier’s plans. The former Inter took a place on the substitute bench in the final of the Trophée des Champions against Nates (he did not enter) and was left off the payroll for the match against Clermont for the first day of the local tournament for a “technical” reason.

L’Equipe It adds that each member of this second group was individually informed of their situation by Luis Campos. It is worth noting that PSG must find a new club for each of these athletes before September 1date on which the book of passes in France closes, for not violate article 507 of Ligue 1. He maintains that any player with a professional contract cannot train separately from the group from September 2. From that day on, all the soccer players will have to train again together with the main squad.

“It is what allows us to do labor and League law during this period. We can split the group in two if we feel the need. We will do it until the end of the transfer window. The players know the situation, they are professional players, we must respect them. It is not easy for them, we will see if they manage to find a project that suits them or if they want to stay”, warned the DT after the victory in the debut for Ligue 1.

Icardi, although he had a good first season, in the second he lowered his level considerably and was overshadowed by the large number of figures in the offensive. He played 30 games and only scored 5 goals. One of the clubs interested in his services is Monzaone of the newly promoted to Serie A in Italy.

In return, he made use of the option to buy Nuno Mendes, bought Vitinha (Porto), Renato Sanches (Lille) and Nordi Mukiele (RB Leipzig) and brought Hugo Ekitiké on loan.

PSG’s next commitment will be this Saturday, from 4:00 p.m., against Montpellier at the Parc des Princes for the second day of Ligue 1. Everything indicates that Mauro Icardi will once again be out of the list of concentrates.

“When Leo smiles, the team smiles too”: the PSG coach showered Messi with praise and recounted the dialogue they had for this new era

After the victory with PSG, Messi traveled to Spain to rest: how he reacted when asked if he would return to Barcelona