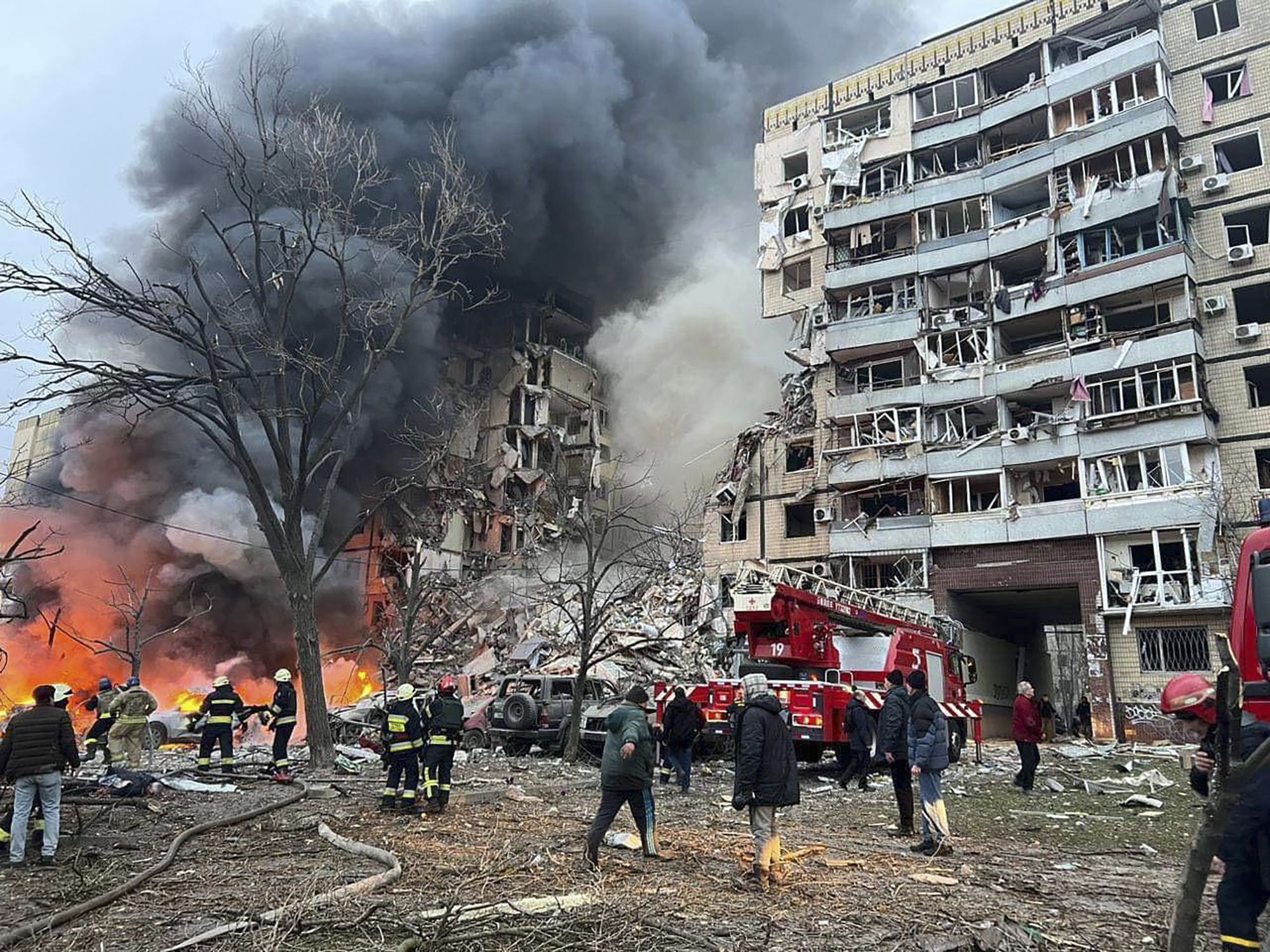 An attack against a residential building in the city of dniproin the east of Ukraineleft on Saturday at least five dead and 27 injuredaccording to the authorities, while the president lashed out at Russian “terror”.

“There are already five deaths,” said the governor of Dnipropetrovsk, Valentyn Reznichenko, on the Telegram messaging app, where he posted a photo of an apartment block reduced to ruins. He added that “27 people were injured. Among them are six children. They are all in the hospital.”

“Eternal memory to all the lives taken by Russian terror! The world must stop this evil,” Ukrainian President Volodymyr Zelensky reacted on social media. “Debris removal continues in Dnipro…we are fighting for every person, for every life,” the president added.

The intentional attack against the civilian population, such as the deliberate bombardment of a residential building, is a war crime.

E mayor of Dnipro, Borys Filatov, reported in a Facebook post that removing the rubble will take all night and added that the entire area has been left without electricity and disconnected from the networks.

Likewise, the respective military administrations reported the activation of anti-aircraft defense systems in the regions of Mykolaiv and Odessa.

In a message on Telegram, the Ukrainian Prime Minister Denys Schmyhal stated that “today’s missile attacks against Ukrainian cities They are further proof that Russia is a terrorist and has no place in the civilized world.”.

He referred to the missile hits in Dnipro and critical infrastructure in other regions and stressed that the “heroic air defense forces continue to shoot down most of the enemy targets, thus saving the lives of thousands of people.” “We will never forget or forgive the pain that the Russian barbarians have brought to our land. The bloody trail will linger in Russia for generations. Punishment for these acts will be inevitable.”, he added.

The worst scenario for Putin in the Ukrainian war