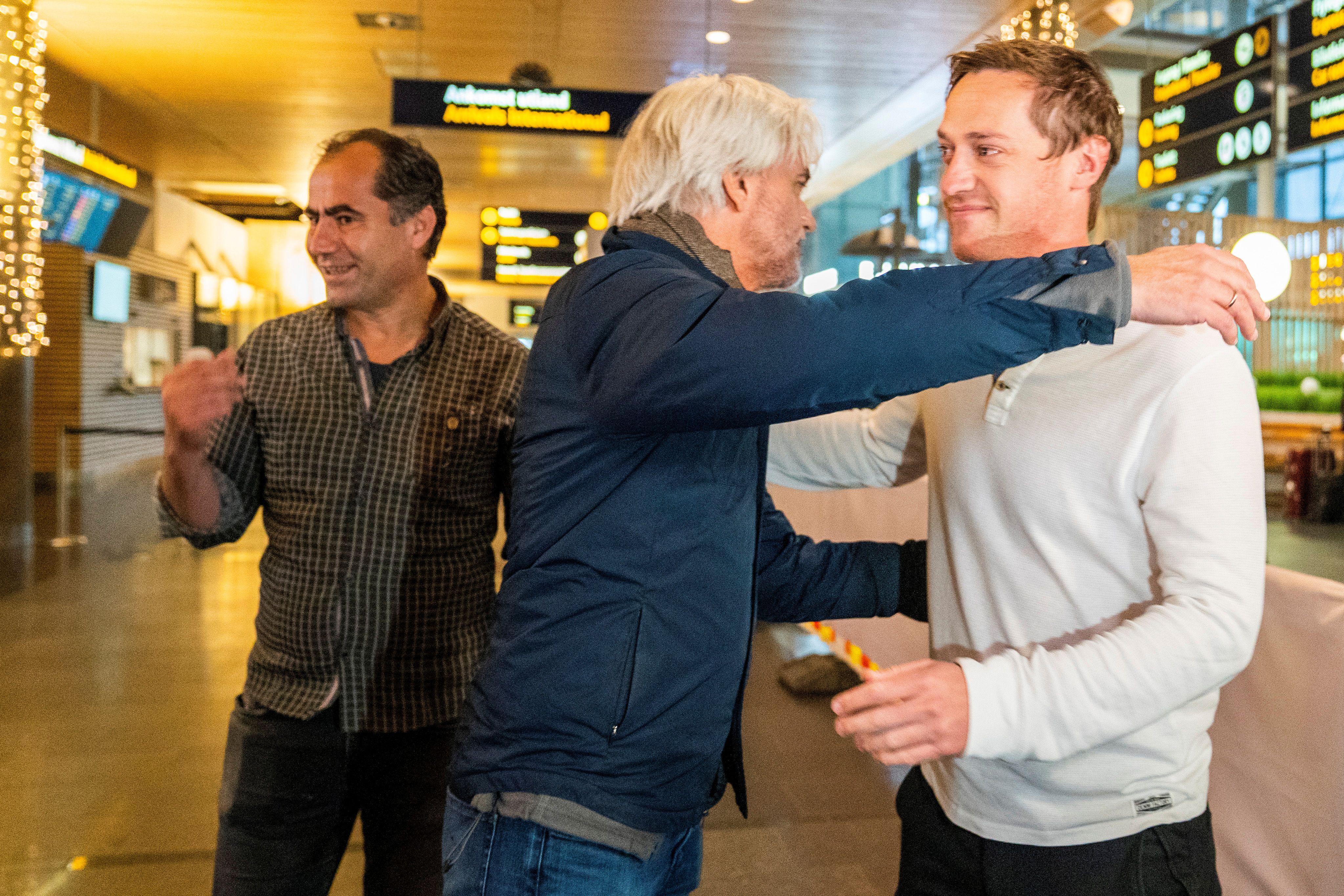 Two journalists from Norwegian state television were arrested and held without explanation for 30 hours in Qatar, authorities said Wednesday. Qatari security forces deleted images recorded by reporters at a migrant worker camp when they tried to report on labor issues ahead of the 2022 World Cup.

The Qatari government later accused reporters of NRK Halvor Ekeland and Lokman Ghorbani from “Break into private property and record without permission”while the two returned to Norway on Wednesday. The Norwegian Prime Minister, Jonas Gahr Stoere, qualified as “Unacceptable” arrest of journalists .

“A free press is crucial in a functional democracy,” Stoere wrote on Twitter. “This also shows the importance of the Nobel Peace Prize (awarded to journalists) this year. I am so glad that Halvor Ekeland and Lokman Ghorbani have been released”.

The Norwegian news agency NTB later reported that the Qatari ambassador to the country had been summoned to the Norwegian Foreign Ministry in Oslo to address the matter.

Ekeland, who is a sports journalist, and Ghorbani, who is a photographer, traveled to Qatar as the one-year countdown to the FIFA tournament began. They were both arrested when reported on the situation of migrant workers during a live report, according to the television station.

Journalists told NRK that they had not been allowed to leave with their equipment. The Norwegian Union of Journalists and the Norwegian football federation criticized his arrest.

“First of all, we are very happy and relieved that they are both safe and on their way home,” Thor Gjermund Eriksen, head of Norwegian broadcaster, said on the NRK website.

“It is very good to be back on Norwegian soil,” Ekeland told reporters upon arrival at Oslo airport. “It’s been a difficult few days, but we knew there were a lot of people working for us, so that was good. “

“They held us for 32 hours”revealed.

In a statement sent to the NRK, the Foreign Minister, Anniken Huitfeldt, said “They were arrested when they were fulfilling their duty as journalists”.

The Qatari government, for its part, said in a statement that the two men had been detained after a complaint of an unidentified owner in the Industrial Area of ​​the country, where there are worker camps. Ekelan had asked permission to record, he said, but went to the scene before it was granted.

Like other Persian Gulf states, Qatar severely restricts freedom of expression and requires journalists to request permits to work and record.

“As in almost any country, the break-in is against Qatari law, something the team members were fully aware of before entering the property,” the government said. “The images they recorded during their raid were erased by the authorities, in accordance with Qatari law”.

NRK declined to respond at first when asked about Qatar’s comments about the reporters, saying that “our main concern now is their well-being.”

Qatar, a small country rich in energy resources in the Persian Gulf, is home to the forward headquarters of the United States Army Central Command. He has faced increasing scrutiny over the treatment of immigrant workers in the country since his candidacy won the right to host the tournament.

Persecution of the press grows in Russia: the government filed a new accusation against a detained journalist