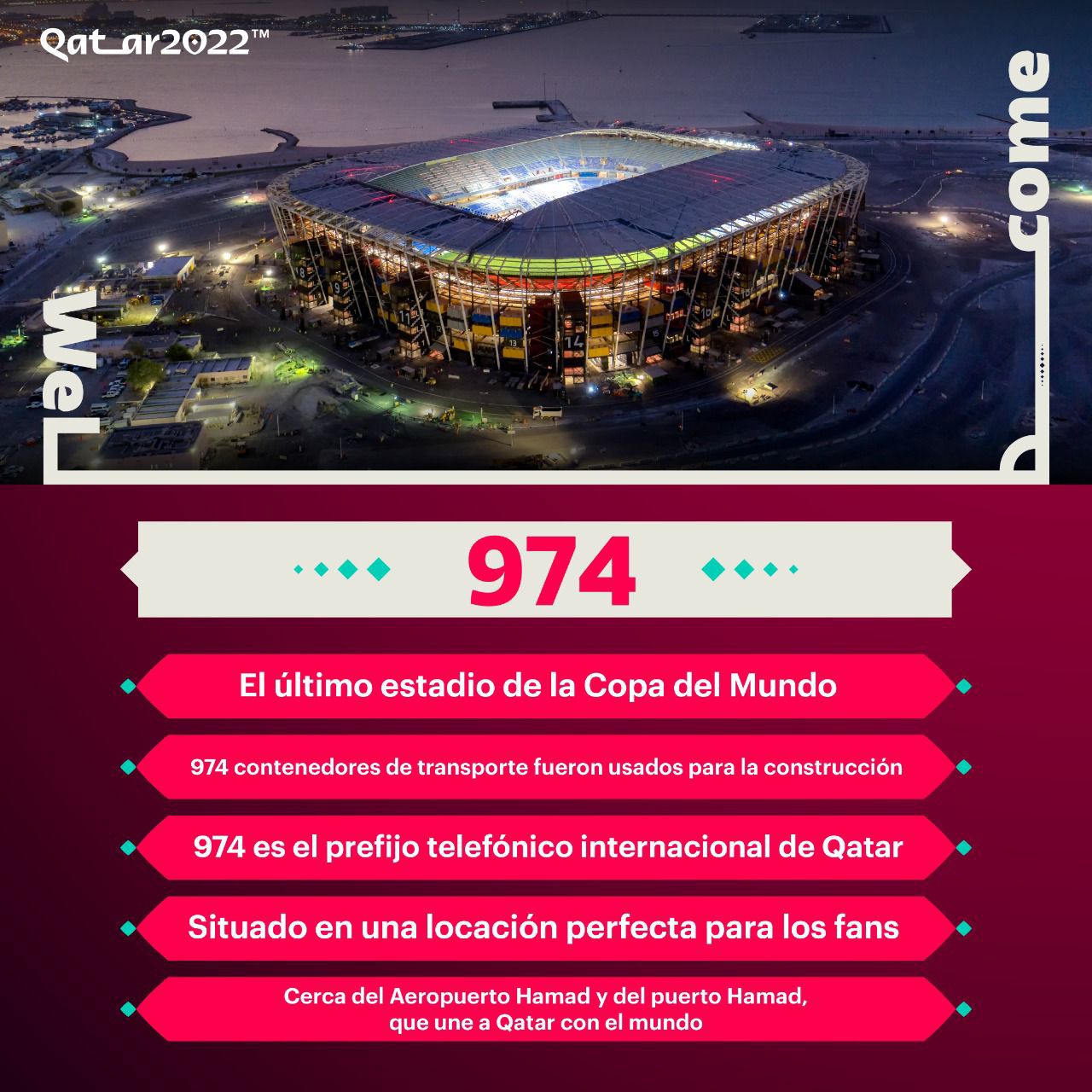 Less and less is missing for the start of the new edition of the World Cup. With the national teams playing the 32 tickets available to play the Qatar World Cup 2022, the organizers continue to work steadily to host what promises to be one of the most luxurious editions of recent years.

In that context, and with 366 days to go before the ball begins to roll, the Qataris they finished the architectural works of what will be one of the eight stadiums in which the World Cup will be played.

This enclosure called 974 Stadium, and formerly known as Ras Abu Aboud, has some peculiarities that make it unique on the planet, as it was built with recycled materials and will be dismantled when the most important event in international football ends.

“We are very proud to announce the completion of 974 Stadium. This is another milestone on the road to 2022 as we approach hosting the first FIFA World Cup in the Middle East and the Arab world, ”said Hassan Al Thawadi, Secretary General of the Supreme Organizing Committee.

The stadium will have a capacity to receive 40 thousand people and it will be the selected scenario to play seven games of the Qatar 2022 World Cup. This is the seventh enclosure that is already in conditions to be inhabited.

The name change refers to some peculiarities to take into account. At first it was built with recycled materials and that quantity (974) of maritime cargo transport containers that can be easily identified from the outside view of the work. Also, that three-digit number matches the country code for Qatar.

When it comes to location, 974 Stadium it is very close to Hamad airport and the port of Doha, which offers a spectacular view of the luxurious Qatari coastal area of ​​West Bay.

In turn, this venue became the first in World Cup history to be completely removable And once the tournament is over, its parts will be reused to create sports facilities both in Qatar and abroad.

“We consider the innovative design and a legacy for future hosts of mega-events of this type. Because after hosting matches during the largest sporting event ever held in this region, It will be completely dismantled, and the containers and other parts will be used to create new facilities in Qatar and around the world. It is another example of the powerful legacy that our World Cup will leave behind, ”explained Al Thawadi.

The stadium will open on November 30, when the UAE meets Syria for the opening match of the 2021 FIFA Arab Cup. At the 2022 World Cup in Qatar, it will host six group stage matches and one round of 16 matches.

To take note: at what time in Argentina will the Qatar 2022 World Cup matches be held?