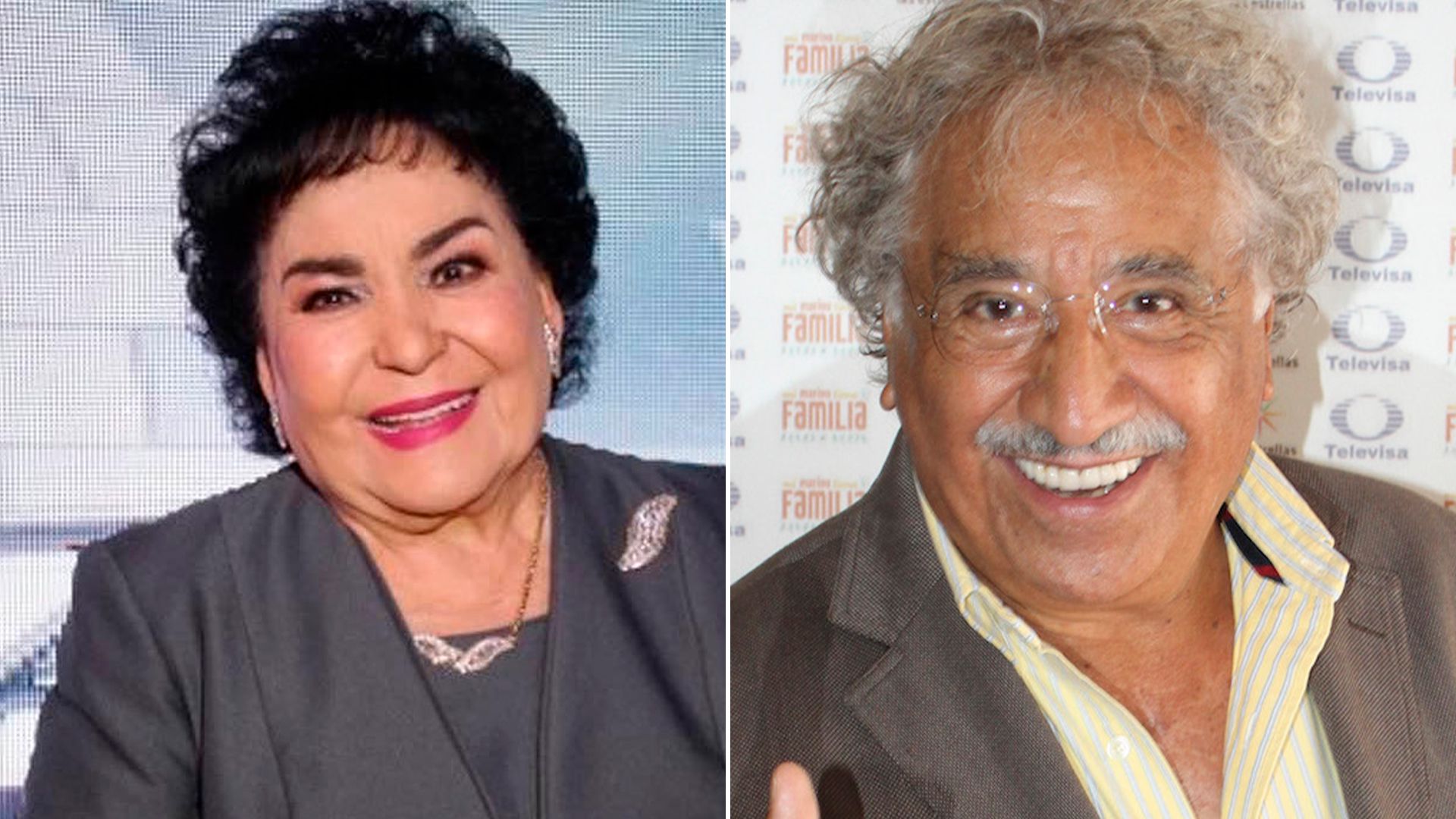 Six days after the unfortunate health incident that currently has a Carmelita Salinas in a coma in a hospital in the Roma neighborhood of Mexico City, Rafael Inclan joined the large number of artists who have remembered the good deeds that the actress has done for them throughout their career and asked for the public to continue praying for their speedy recovery.

It was approximately at 10:00 p.m. on Wednesday, November 10, when Carmen Salinas fainted, without any explanation, while resting at home. After the event, the actress was hospitalized at the StarMédica hospital, where the Mexican star Rossy Mendoza is also hospitalized.

Until this Tuesday, November 16, the actress from Tivolli He remains in a coma due to a brain hemorrhage according to the information released by his relatives in the constant interviews that they have given to the media waiting outside the hospital. After the situation, several artists who have lived with Salinas have asked for her.

On this occasion, Rafael Inclán nostalgically recalled how it has been to live with the actress who shone at the time of Cinema of Ficheras national. In the story he shared before the cameras of Today, the actor confessed that at the beginning of his career he was prompted by Salinas to find work, since there were occasions where she recommended him.

“My mother’s friend, I tried to put her in, my mother was an actress. He always tried to me too, at the beginning, to provoke my jobs. I told him: ‘I look for them, I look for them´, that is, they are a very special people “, he declared for the morning of Televisa.

At all times, Inclán pointed out that, the also producer that for years triumphed with Adventuress, is a very special person whose main characteristic is that he always wants to help others and tries to do so to the best of his ability, a situation for which he assured that he is very loved in the middle of the show, both by his fellow actors and by the reporters.

“She has always been a people with a very special helpful attitude, but if he did it, then that is why he is such a beloved and sought after person by the media for his style of opinion, which is very special, “he commented.

In this way, the actor who also appeared in the genre of Ficheras with the movie Beautiful at night, the affectionate and The Moves of Mufflers, joined the artists who have publicly asked for prayers for Carmelita Salinas, because she believes that the actress is a faithful believer in the Catholic religion and that love can help her move forward.

“They are people who are very dear to Mexicans, so we hope that they will be rehabilitated and that they will come out of this event very well. She trusts very much in her prayers, in her virgins, we hope they bring her forward”He added.

Finally, the 80-year-old actor explained that he learned some time after the complicated situation that the native of Torreón, Coahuila, is going through. It was thanks to social networks that he realized it and from that moment he has only asked for the speedy recovery of his colleague.

“I found out a little later on social networks […] They are things that catch you suddenly, right? That you do not expect to happen to anyone“, said.

In this way, Rafael Inclán joined Maribel Guardia, Gloria Trevi, Consuelo Duval, Pedro Sola, Andrea Legarreta, Irma Serrano “La Tigresa” and Luis de Alba, who since last Wednesday, November 10, joined in a prayer chain so that a miracle happens and the actress can wake up from the coma.

Carmelita Salinas continues in a coma but her family does not lose hope: “She is trying to fight”