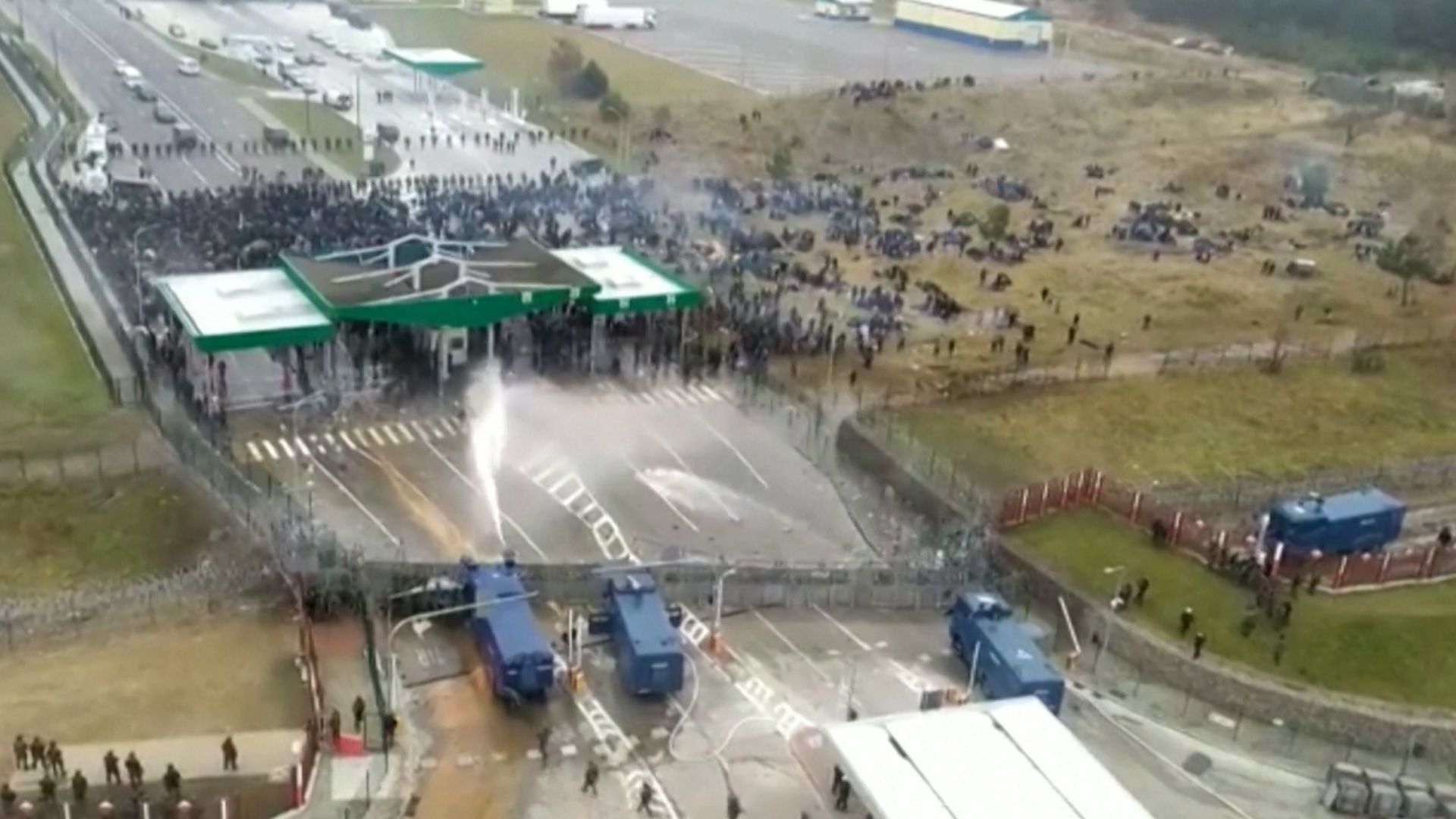 It started as one more migration crisis but already turned into a serious conflict between Russia and Europe. Thousands of refugees from the Middle East and Africa who arrived in Belarus in recent weeks were forced to concentrate on the border with Poland. There the police and the Polish army blocked their way. From Warsaw they accuse the dictator Alexander Lukashenko of having caused the incident by attracting refugees through the government tourism agencies and turning them into a “time bomb” by confining them at the border and forcing them to trespass illegally to enter European territory.

Since then, there have been skirmishes between Polish guards and migrants, intimidating shots by Belarusian soldiers and starving and cold in the forests where those fleeing the war are trying to “sneak in”. Lukashenko is obviously not alone. It has the backing of Russia. And yesterday he asked his friend Vladimir Putin to give him a nuclear defense system to defend its borders with Poland, Lithuania and Ukraine.

France has already warned Moscow that if the crisis continues to escalate, NATO, the Western joint defense alliance, will intervene. While in the United States and Europe it is suspected that the border crisis was “fabricated” to conceal a major deployment of Russian troops on the border with Ukraine.

The European Union has already stepped up sanctions against Belarus in an attempt to curb what it sees as a Belarusian policy of pushing migrants into Poland to take revenge on previous sanctions for the crackdown on last year’s protests against the fraudulent reelection of Lukashenko. From Minsk they reject any accusation of this type and assure that the refugees reached the Polish border without intimidation by the Belarusian guards. Russia also says that the suspicions that it is behind everything that is happening they are “fabricated lies.” But in Brussels they don’t believe him. They are sure that the refugee crisis on the Belarusian-Polish border is closely linked to what happens on the other Russian-Ukrainian border

Yesterday, the French president, Emanuel Macron, spoke by phone with Putin and told him that NATO would be prepared to defend the sovereignty of Ukraine, close to where, according to NATO, Moscow has been increasing its troops. “Our willingness to defend the sovereignty and territorial integrity of Ukraine and the security on the Polish border was reiterated by the President”, a Macron adviser told reporters accredited at the Elysee Palace.

NATO Secretary General Jens Stoltenberg reported that “we see an unusual concentration of troops, and we know that Russia has previously used this type of military capabilities to carry out aggressive actions against Ukraine. ” Kremlin spokesman Dmitry Peskov reiterated his “rejection” of any suspicions about increased Russian military activity. But the United States Department of Defense replied that their satellites they continued to see Russia concentrating forces along with unusual military activity near its border with Ukraine. Pentagon spokesman John Kirby said the buildup was worrying and that US Defense Secretary Lloyd Austin would meet with his Ukrainian counterpart on Thursday.

Russian-backed separatists took control of Ukraine’s eastern Donbass region in 2014, in a conflict that continues to this day. Moscow also annexed Ukraine’s Crimean peninsula earlier that year after Ukraine sought closer ties with the European Union.. Moscow claims the waters of the Black Sea that surround Crimea, although most countries consider the peninsula to be still Ukrainian. In the conversation with Macron, the Russian leader said that the large-scale military exercises carried out by the United States and its allies in the claimed maritime zone were a “provocation.” “This increases tensions in relations between Russia and NATO”, launched, for his part, the Kremlin spokesman.

Meanwhile, Lukashenko wants Russia’s nuclear weapons systems to protect its southern and western borders, targeting Poland and Lithuania on the one hand, and Ukraine on the other. “I need several divisions in the west and the south, which remain there together with a very strong defense system”, Lukashenko told the Russian National Defense magazine. He also recalled, as if necessary, that “Belarus and Russia are formally part of a ‘state of union’ and we have been in talks for years to get closer and closer.” The next day, Sunday, Polish Prime Minister Mateusz Morawiecki raised the need for talks in NATO about what to do next, as “There is no doubt that things have gone too far.” In parallel, Estonian Defense Minister Kalle Laanet added that “The potential for escalation is extremely high.”

“If you want to provoke a war, here is a formula with a high probability of success. Send thousands of immigrants to your border, have your border forces try to push them into the neighboring country, and fire warning shots when your neighbor’s soldiers try to keep immigrants out. In such a tense situation the soldiers from the other country could misinterpret the shots and return fire. On the Belarusian border with Poland, such an accidental conflict is now a concrete risk. What will NATO do if it occurs?“Elisabeth Braw of the American Enterprise Institute asks, in an article she published on the specialized site Defense one.

The German Chancellor, Angela Merkel, wants to cool the situation and tried with Lukashenko to set up a corridor to deliver humanitarian aid to the thousands of immigrants, many of them Iraqis who say they have been deceived by the Belarusian tourism agencies that they were promised entry “without major problems” to Poland and from there to Germany and other Central European countries. For now, Minsk has shown no signs of wanting to cooperate with Merkel’s proposal. There is a lot of bad blood in between. This phone conversation is the first known contact between the Belarusian president and a western leader since last year’s presidential elections in Belarus sparked mass protests by protesters accusing Lukashenko of electoral fraud and the subsequent crackdown. The EU has been stepping up sanctions on Belarus for months. Restrictions that have already been applied include the blacklisting of Lukashenko, his son and 165 other Belarusian officials. Restrictions were also imposed on the export of potash, an industrial mineral widely used as a fertilizer, which constitutes one of the largest inflows of foreign currency to the country.

Lukashenko threatened to close the gas pipeline that transports Russian gas to the European Union through Belarusian territory. “We are heating up Europe and they threaten us to close the border,” said the autocrat, alluding to the Yamal-Europa gas pipeline, according to the state news agency Belta. “What happens if we cut off the natural gas supplies there? I would recommend to the leaders of Poland, Lithuania and other empty-headed people to think before they speak.

Meanwhile, while all the leaders are showing their teeth and some already seem to hear the sound of the war drums, tens of thousands of people stay outside in freezing temperatures without access to basic services. And despite this, they say they are willing to remain in that no-man’s-land between Belarus and Poland, where they were pushed, until Russia and Europe finish fixing their affairs and can finish their journey to a less hostile territory from which they came and from which they are now trapped.