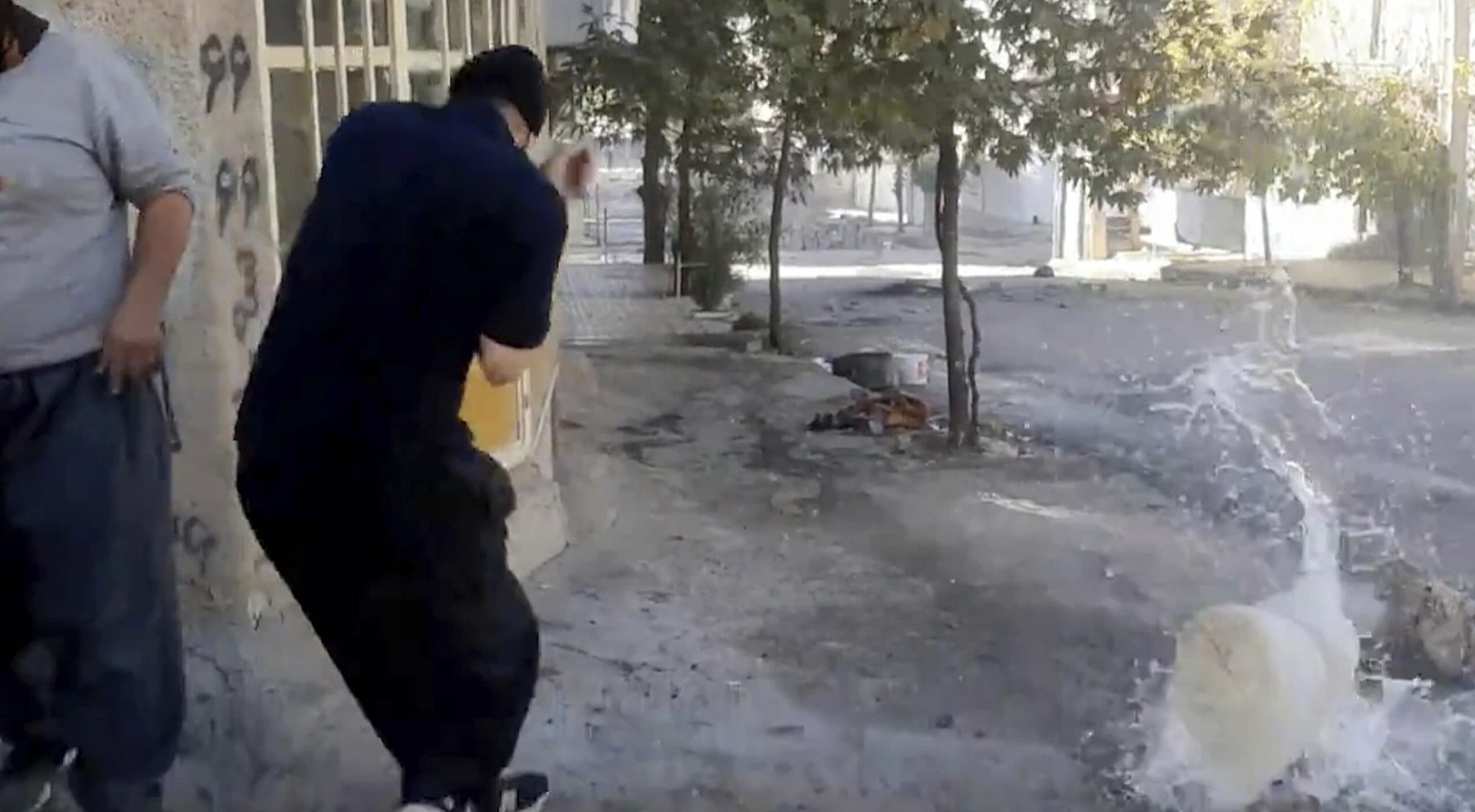 Iranian security forces used shots fired at protesters in a Kurdish village in the west of the country on Monday, killing at least five during an anti-government protest that broke out at the funeral of two people who had been killed the day before, activists said.

Dozens of protesters took refuge in the alleyways as loud gunshots echoed through the streets. Images circulating on social media show people lying motionless and bloody on the streets, while others show residents gathering at a local hospital to donate blood.

Iran has been convulsed by anti-government protests since the death on September 16, Mahsa Amini, a 22-year-old Kurdish woman who died in the custody of the country’s moral police in the capital Tehran. The protests, which initially focused on the western Kurdish region of Iran, where Amini was originally from, have spread across the country and turned into calls for the overthrow of Iran’s ruling clerics.

hengawa Kurdish human rights group, said Iranian security forces fired heavy fire at protesters in the city of Javanrud, where the funeral of two protesters killed the day before was held. He cited witnesses who said that the Iranian forces used heavy machine guns.

Hengaw said seven people were killed on Monday, while another group, the Kurdistan Human Rights Network, put the death toll at five. The latter group said many of the injured were being treated at home for fear they could be arrested at hospitals, making it difficult to confirm the number of victims. He said several were shot in the head or chest.

The Iranian authorities heavily restrict media coverage of the protests and have regularly cut off access to Internetmaking it difficult to confirm the details of the riots.

The semi-official news agency Fars reported on protests in Javanrud on Sunday night, saying security forces were fired at with live ammunition. He said two people died and four were injured.

Later Monday, state television interviewed a local security official, Mohammad Pourhashemi, who blamed the shooting in Javanrud on local gunmen who he said had exchanged fire with security forces. The report did not provide further details.

Funerals have often been the scene of renewed protests in recent weeks, as they were during the Islamic Revolution of 1979 who brought the clergy to power. The latest demonstrations mark the biggest challenge to the theocracy in more than a decade.

At least 426 people have died and more than 17,400 have been arrested., according to Human Rights Activists in Iran, a group monitoring the unrest. It says at least 55 members of the security forces have been killed.

Jalal Mahmoudzadeh, a lawmaker representing the Kurdish city of Mahabad, told the Etemad daily that 11 people have been killed during protests in the city since late October, many in recent days. He said some members of the security forces fired at homes and businesses on Saturday, and called on authorities to take a softer touch.

Riots cast a shadow over the World Cup on Monday, where the Iranian team faced England. The players from Iran they did not sing their national anthem and some fans chanted Amini’s name in the 22nd minute of the match.

Violence has also spread across the border into the northern Kurdish region of neighboring Iraq. Iran has partly blamed the unrest in the country on the Kurdish groups based in Iraqand has attacked them with missiles and drone strikes.

Iran said on Monday that its latest strikes were necessary to protect the country’s borders, while Kurdish officials condemned the strikes as unprovoked aggression. Iraq’s central government, dominated by parties close to Iran, also condemned the attacks.

An attack on Sunday night killed a member of the Democratic Party of Iranian Kurdistansaid Mohammed Nazif Qaderia senior official from the Iranian Kurdish group living in exile in Iraq.

The group said Iranian surface-to-surface missiles and drones hit its bases and adjacent refugee camps in Koya and Jejnikan. The group also claimed that the attacks had hit a hospital in Koya.

The Iranian attacks follow a visit to Baghdad last week by Esmail Ghaani, the commander of the Iran’s elite Quds Force. During the visit, Ghaani threatened Iraq with a ground military operation in the north of the country if the Iraqi army did not fortify the border.

Some Kurdish groups have been involved in a low-intensity conflict with Tehran since the 1979 revolution. Iran accuses them of inciting protests in Iran and smuggling weapons into the country, charges the Kurdish groups have denied. Iran has provided no evidence to back up the claims.

On Monday, the spokesman for the Iranian Foreign Ministry, Nasser KanaaniHe told reporters that Iran had acted to “protect its borders and the security of its citizens on the basis of their legal rights.” He alleged that the Baghdad government and the Irbil-based administration of Iraq’s autonomous Kurdish region had failed to implement alleged commitments to prevent threats against Iran from Iraqi areas.

The government of the Kurdish autonomous region of Iraq condemned the attacks as a “serious breach of international law and neighborly relations.”

Qaderi told the agency PA that Kurdish opposition groups in Iraq support the protests in Iran, which he described as a reaction to “the policies of this regime” which he said oppresses its people. He denied that his group has sent fighters or weapons to Iran.

He said his group had moved the fighters away from the border to avoid giving Iran an “excuse” for further attacks. He called on the international community to prevent further aggression by Iran.

The United States condemned the latest Iranian attacks. “Such indiscriminate and unlawful attacks put civilians at risk, violate Iraqi sovereignty and jeopardize the hard-fought security and stability of Iraq and the Middle East,” the general said in a statement. Michael E Kurillawho heads the United States Central Command.

Sunday’s Iranian attacks in northern Iraq come a day after Turkey to launch deadly airstrikes over the northern regions of Syria and Iraq, targeting Kurdish groups Ankara believes were responsible for last week’s bombing in Istanbul.

On Monday, Turkish officials said suspected Kurdish militants in Syria fired rockets at the Turkish border town of Karkamis, killing two people, including a teacher and a 5-year-old boy.