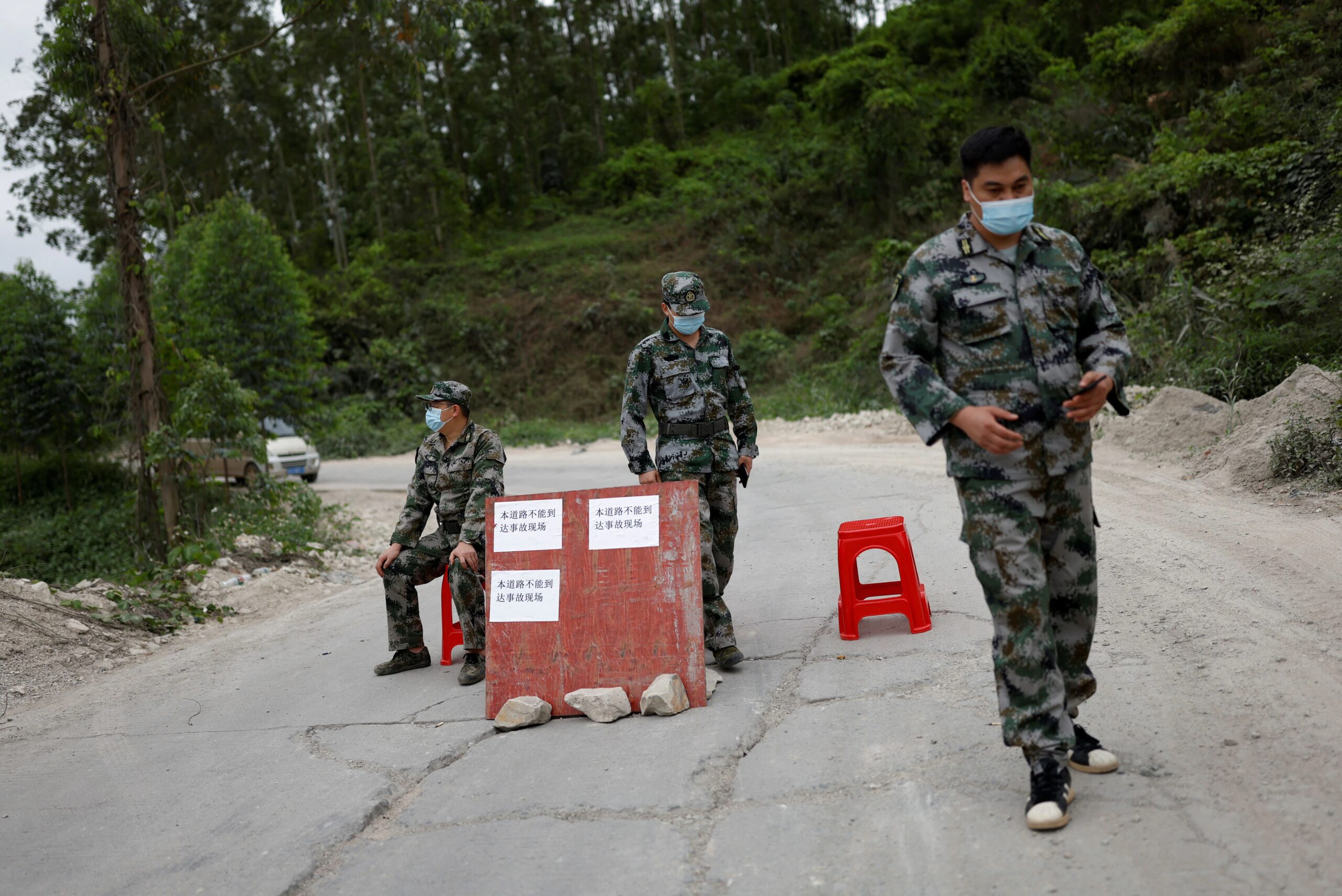 Rescue efforts continue Tuesday in Tengxian county in the southern province of Guangxi, where a China Eastern airlines Boeing 737-800 with 132 people on board crashed on Monday.with no survivors or black boxes reported yet.

At the moment no official source has clarified if foreigners were traveling on board.

The accident caused a forest fire in the areaof difficult access for the rescue teams due to its steep orography and its remote location.

The People’s Liberation Army (Chinese Army) mobilized 80 soldiers from the region to collaborate in the rescue work in the early hours of Tuesday, who joined more than 700 firefighters from the local province and another 500 sent by the neighboring province, Canton.

The fire was extinguished on Monday afternoon and the rescue teams were able to approach the accident site, where they continued their work during the night: “There are pieces of the plane’s wing, some between two and three meters. There is also rubble and debris, some of which are probably pieces of clothing.”described a worker quoted by the Xinhua agency.

The Guangxi Health Commission also sent 36 ambulances and 80 medical workers to the area to assist possible survivors and Chinese Vice Premier Liu He has traveled to the scene to direct the operations.

“The plane nosedived and appeared to be in one piece during the fall. A few seconds later, it crashed.”said a resident of the area quoted by Xinhua.

According to data from the flight tracking portal FlightRadar24the aircraft was flying at 14:19 local time (06:19 GMT) at a altitude of 29,100 feet (8,870 meters) when, about 55 kilometers west of the town of Wuzhou, it began to descend.

The last point of contact of the flight, according to the aforementioned portal, was about 25 kilometers southwest of Wuzhou, at an altitude of 3,225 feet (989 meters)at 14:22 local time (06:22 GMT), which would mean that in just three minutes the device descended almost 8,000 meters.

Other witnesses referred to the sound of the explosion: “I heard a very loud noise and a fire quickly started in my tree plantation,” explained a local.

The plane crash, the first in China since 2010, when 44 people died in an incident in Yichun (northeast), has caused declines in the stock value of the airline operating the flight, China Eastern Airlines.

China Eastern ordered hours after the incident that all 737-800 aircraft, the model of the accident aircraft, remain on the ground until more information is available on what happenedaccording to the local press.

Shortly after the event, Chinese President Xi Jinping called for an investigation to clarify both the causes of the accident “as soon as possible” as well as other possible security problems in the civil aviation sector.

A plane with 132 people on board crashed in southwest China

The shocking video of the moment the China Eastern plane crashed

Sharp decline in Boeing shares after the China Eastern accident: the company will no longer use the 737-800 models